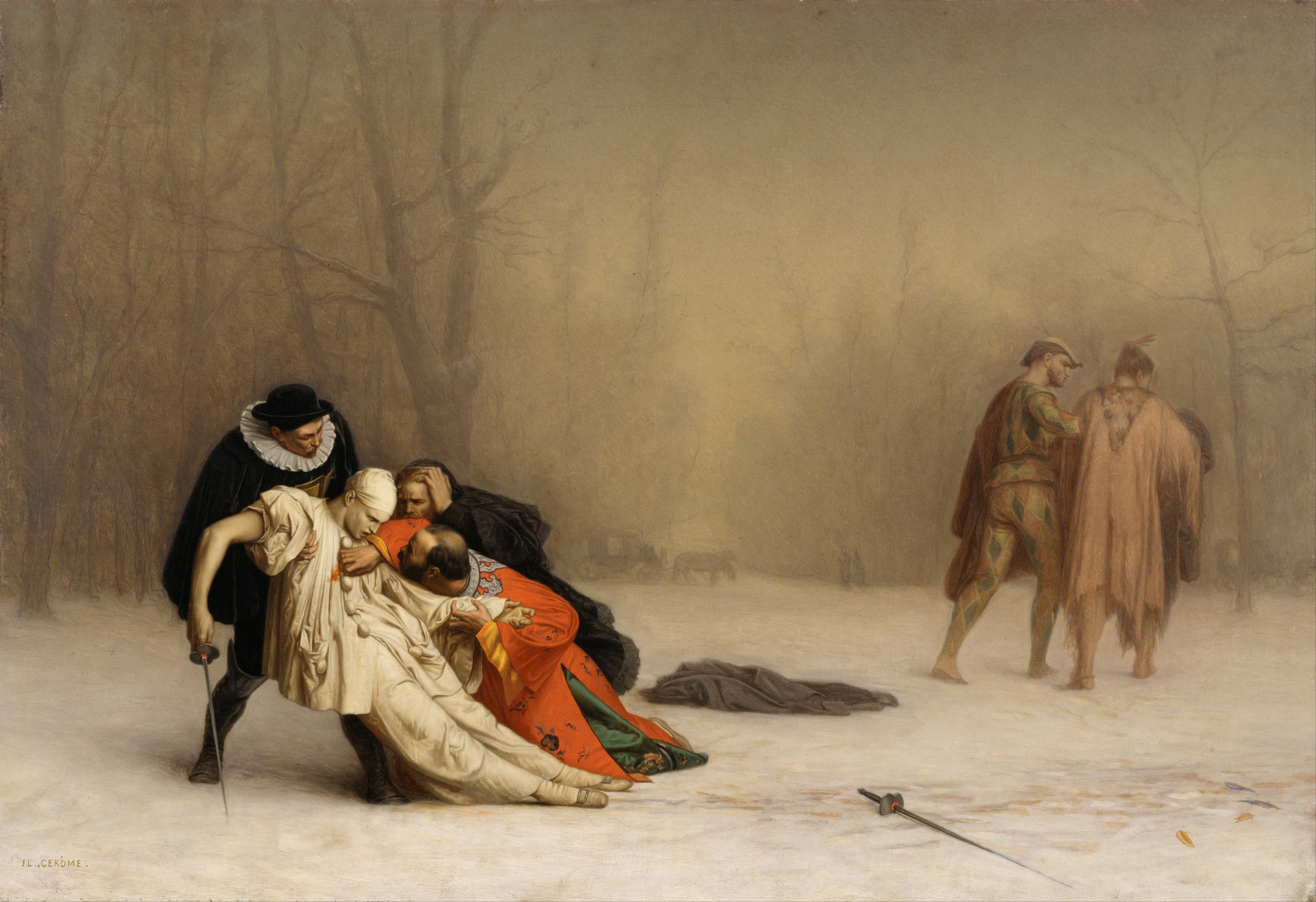 A grey, misty, morning in the Bois de Boulogne, Paris. The ground is covered with snow, a sword and some feathers lying in it. On the right, we see the winner of a duel, dressed in an American Indian costume, is escorted away by his second, a harlequin. The fog is already dimming the colours of their costumes. They are not the main subject of the painting.
All our attention is focused on the left, where the clear white of pierrot’s clothes, is matched by the colour of his face and arms. His posture makes it clear he is dying. The man in red, dresses as a Venetian Dogue, is trying to stop the bleeding, talking to pierrot in an attempt to keep him conscious. The man dressed as Duc de Guise is holding Pierrot in support while the person dressed in a classic Domino is holding his head in despair.

Almost everything is strange about the scene; the foggy winter day, the winner who doesn’t look victorious at all, the bright costumes, and the idea of Pierrot and an Indian duelling with swords. And of course the strangest thing of all; what could have happened at the masquerade that caused this deadly duel in the first place?