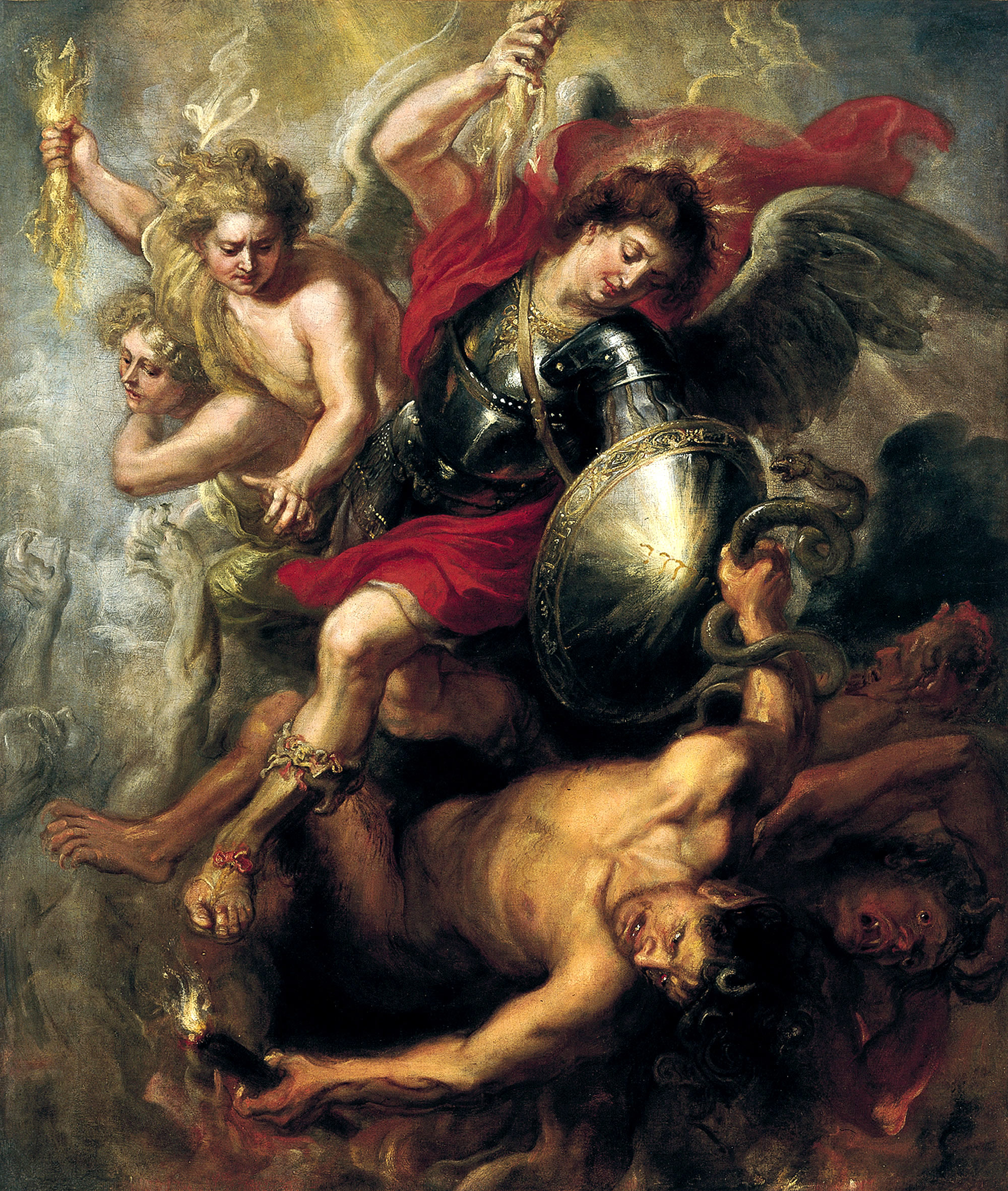 f you haven’t seen Lucifer on Netflix, you should, as it is fun to watch giving a new twist to the figure of Lucifer. The original story can be found in the Revelation of Saint John;

“War broke out in heaven;
Michael and his angels battled against the dragon.
The dragon and its angels fought back,
but they did not prevail
and there was no longer any place for them in heaven.
The huge dragon, the ancient serpent,
who is called the Devil and Satan,
who deceived the whole world,
was thrown down to earth,
and its angels were thrown down with it.”

First attributed to Rubens himself, the painting was later thought to be made in his workshop. At first sight, the painting seems very Rubens like but if you look closely at the figures, they differ from Rubens other work. For Rubens painting was always about the figures as these revealed the quality of the painting and the painter!
Nevertheless, it is a beautiful and dramatic painting to look at.