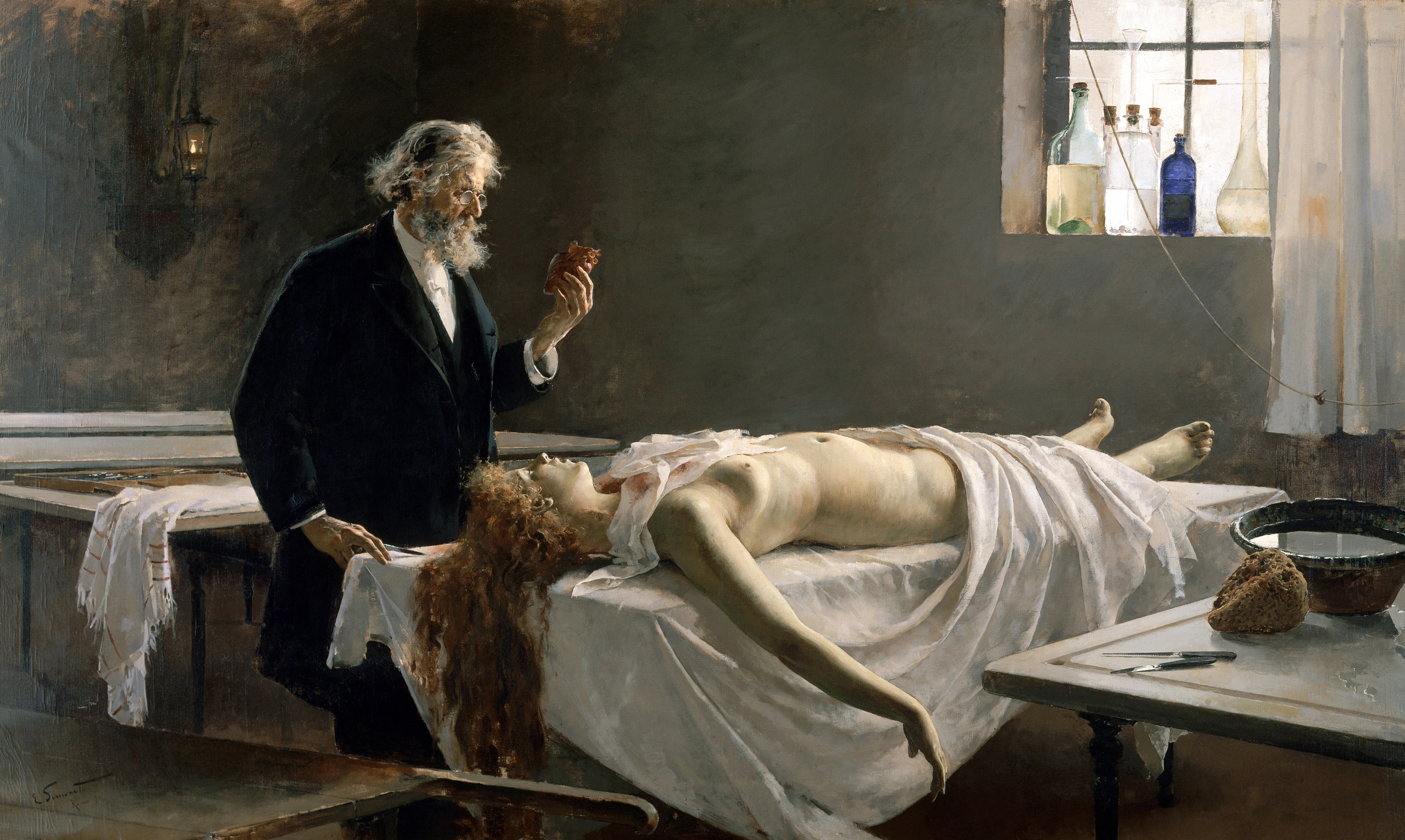 It is not uncommon to have different titles for the same painting, but the story behind this one is fascinating. When Simonet visited Rome in the late 1880’s, he wanted to paint a something that grasped the spirit of scientific progress. He visited a morgue where a doctor performed an autopsy on the body of a young woman found in the river Tiber. In 1890 he made this painting based on his visit and aptly called it ‘La Autopsia’.
In the 1930’s people got curious about the history of the young woman and somehow the story got around that she was, in fact, a poor prostitute. The doctor doing the autopsy belonged to a different -higher- social class and looks at her heart in surprise as if he can’t believe she has one. The title got changed to ‘Y tenía corazón!’ , Spanish for “And she had a heart!” and the painting was admired for its social realism; the upper-class people ignoring the fact that lower class people have feelings too. The title is catchy and the story is moving but it is not based on facts and not what Simonet was trying to show.
Nowadays a third title is used ‘The anatomy of the Heart’. Which is even worse, as it is more than likely that ‘anatomy’ is a wrong translation of ‘autopsia’ (which just means autopsy). Although we can see the heart in the doctor’s hand, this hardly qualifies as an anatomy of the heart.

We should just stick to the original one Simonet gave it, ‘La Autopsia’, as this is not only the subject of the painting but also truest to the intention Simonet had for painting it.
Don’t forget to have a close look at all the details, because it really is a masterpiece.