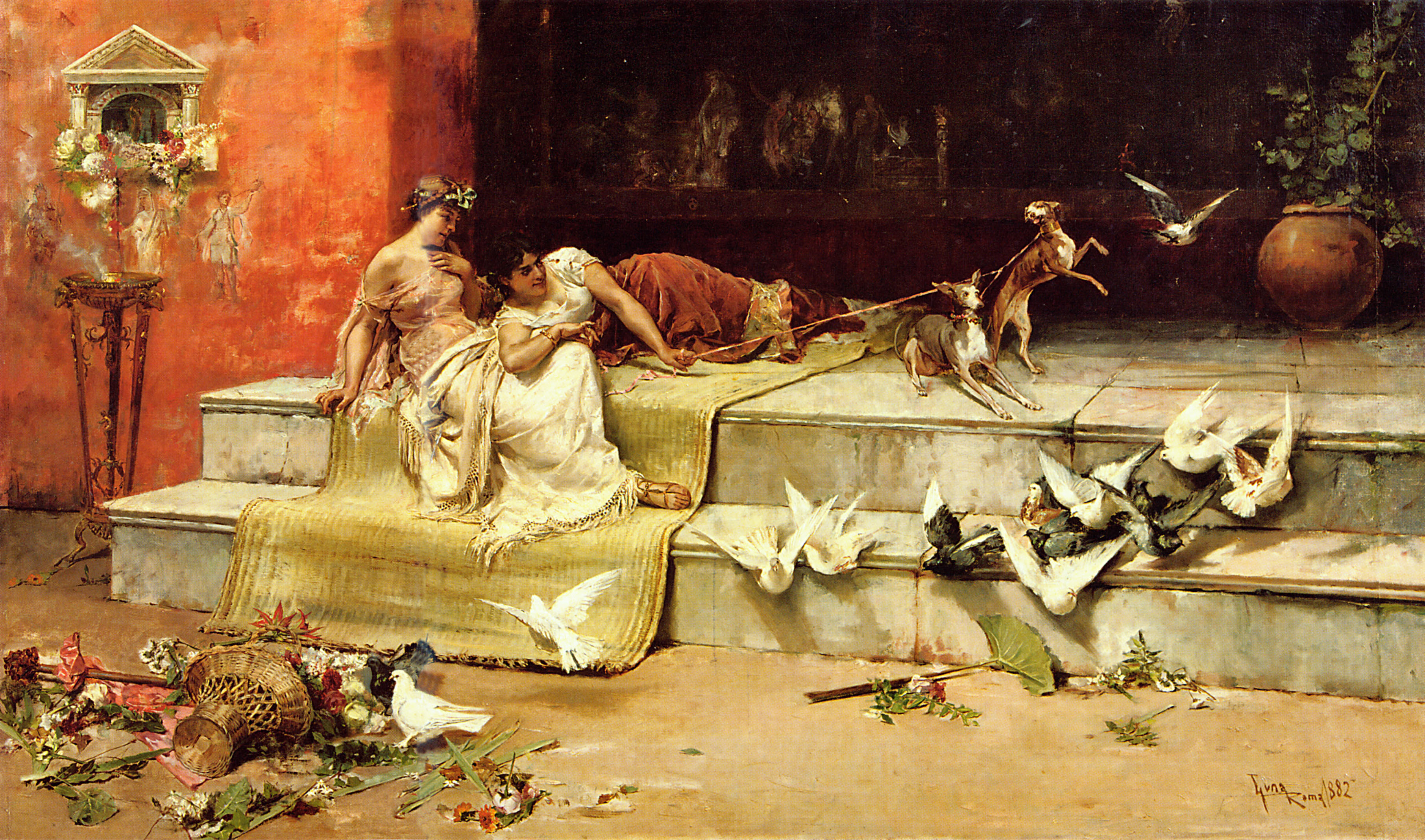 His name may be Spanish but Juan Luna was a Filipino painter. The Philipines were in Spanish hands when he was born, hence his name. He travelled to Europe when he was twenty to study painting.
Las Damas Romanas is one of the early works. It was out of sight until it was auctioned in Hong Kong in 2008 where it was described as

“Depicting two Roman girls sporting with their hunting dogs, with flocks of doves symbolizing the divine, this work is in essence a picture of the abundant richness of life, with humankind shown in harmony with Nature. The artist observed and sketched classical Roman architecture and artefacts as studies and Las Damas Romanas is a culmination of these observations.”