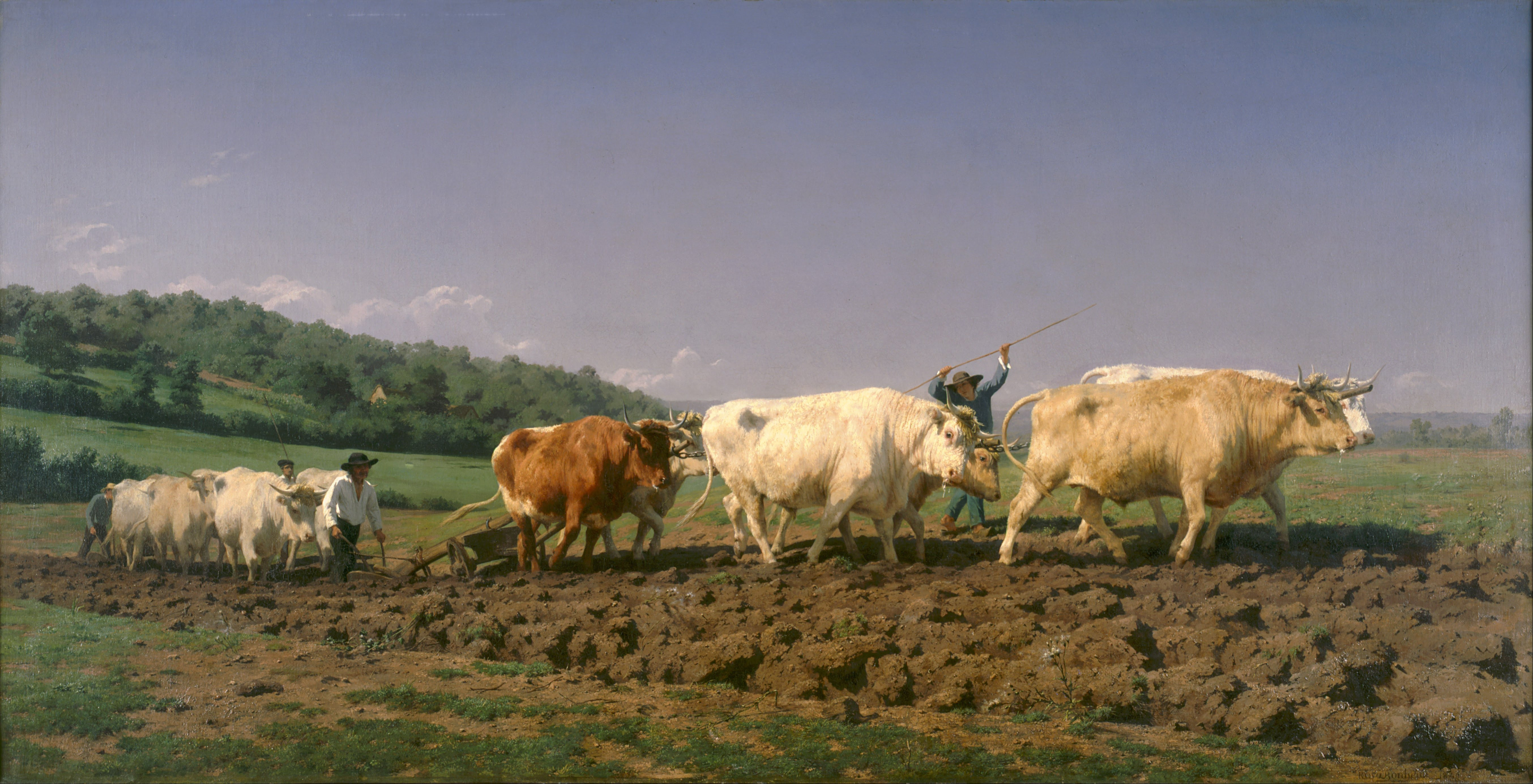 It is clear who are the starts in this painting: the Charolais oxen and the land they plough. The Nivernais is the area around Nevers in the centre of France. And the ploughing we see is called the ‘sombrage’, the first stage of soil preparation in the fall, which opens up the soil to aeration during the winter. Rosa Bonheur was known for her realistic paintings of animals. Mary Blume in a 1997 New York Times article called her “the most famous woman painter of her time, perhaps of all time”. But as far as Ploughing in the Nivernais is concerned the reception was mixed. Philosopher Frédéric Paulhan argued that good art simplifies and that Ploughing in the Nivernais does not do so, spoiling it with the execution of the clods of earth. Painter Paul Cézanne went several steps further, commenting that “it is horribly like the real thing”.