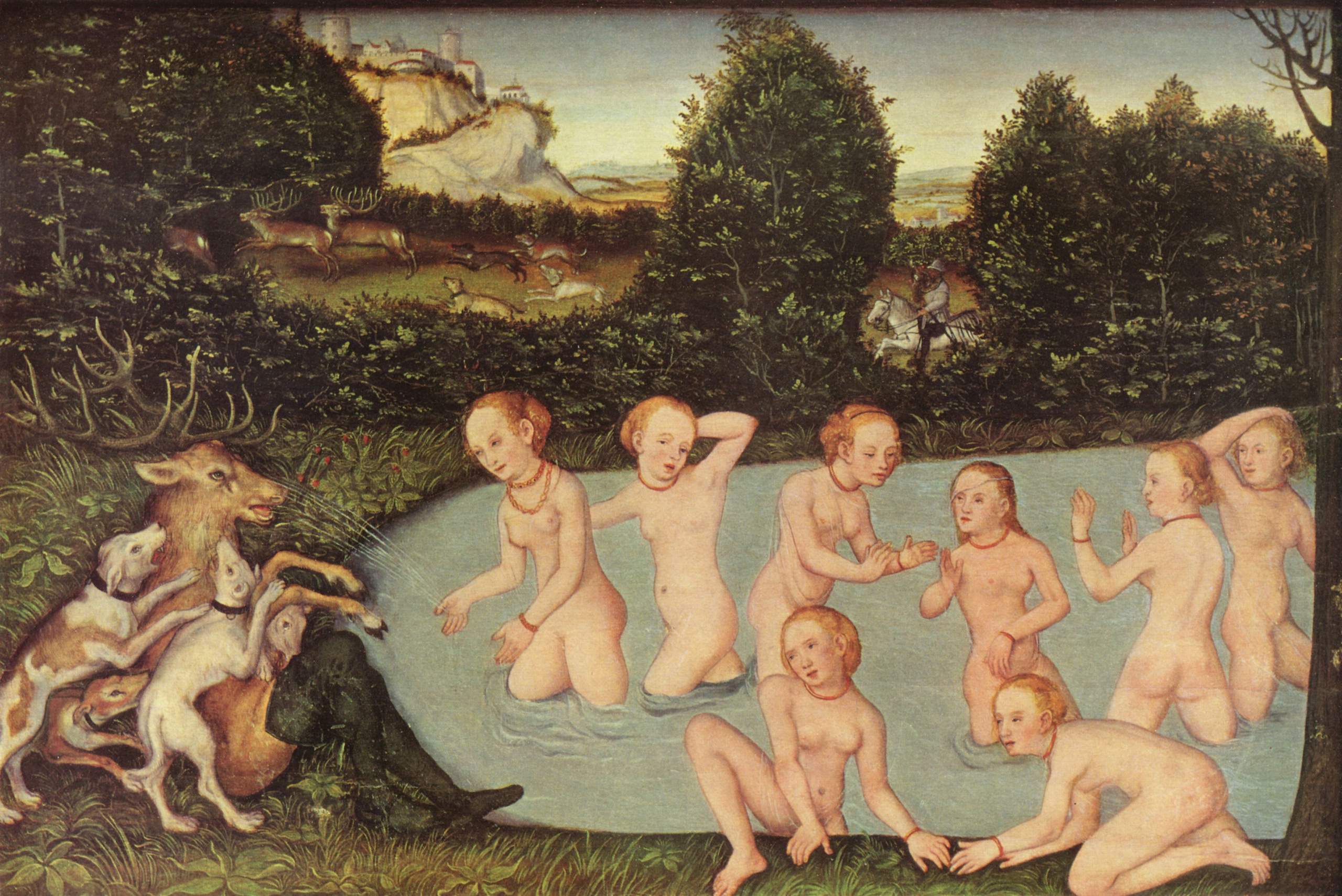 Like many of Ovid’s stories, the one about Actaeon and Diana is about fate being unjust and cruel. While hunting Actaeon stumbles upon a sacred grove where the goddess Diane and the nymphs are bathing. The angry Diane takes revenge:

“She caught up a handful of the water that she did have, and threw it in the man’s face. And as she sprinkled his hair with the vengeful drops she added these words, harbingers of his coming ruin, ‘Now you may tell, if you can tell that is, of having seen me naked!’ Without more threats, she gave the horns of a mature stag to the head she had sprinkled, lengthening his neck, making his ear-tips pointed, changing feet for hands, long legs for arms, and covering his body with a dappled hide. And then she added fear.”

Acteon runs away only to realize he has turned into a stag. When his hunting hounds see him they attack, not recognizing their master:
“He longs to shout ‘I am Actaeon! Know your own master!’ but words fail him, the air echoes to the baying. (..) They surround him on every side, sinking their jaws into his flesh, tearing their master to pieces in the deceptive shape of the deer.”

The German painter Cranach was one of the first who painted this scene and chose to compress the story into a single painting. Everything seems to happen at the same moment: Actaeon seeing the naked Diana, getting sprinkled by water, turning into a stag and killed by his dogs.
Although Ovid’s story is about the unfortunate fate of Actaeon, Cranach focus seems to be on the naked Diana and her nymphs who take up almost half of the painting.