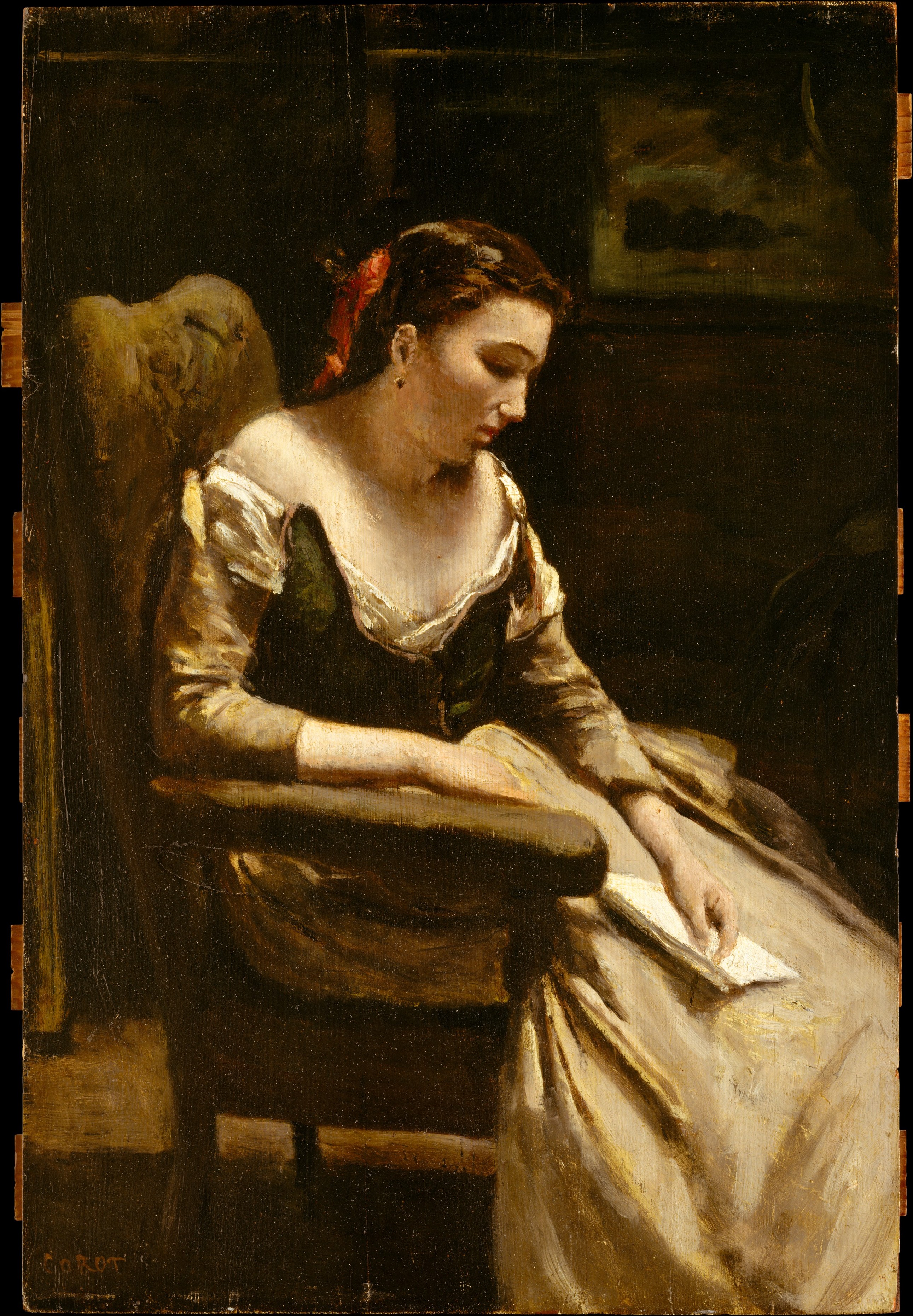 Corot began his career as a landscape painter but later in life turned to portraits. The letter shows an anonymous woman holding a letter in her hand. Corot leaves us in the dark about what was written in it, but from her bodily expression and the look on her face, we can infer it must be something that made her sad.
The red ribbon in her hair is somewhat unusual as Corot tended to avoid ‘shocking” colours. Or as one critic put it when describing his paintings: (

Corot) “has only a single octave, extremely limited and in a minor key; a musician would say. He knows scarcely more than a single time of day, the morning, and a single colour, pale grey.”

“What there is to see in a painting, or rather what I am looking for, is the form, the whole, the value of the tones…That is why for me the colour comes after, because I love more than anything else the overall effect, the harmony of the tones, while colour gives you a kind of shock that I don’t like. Perhaps it is the excess of this principle that makes people say I have leaden tones.”