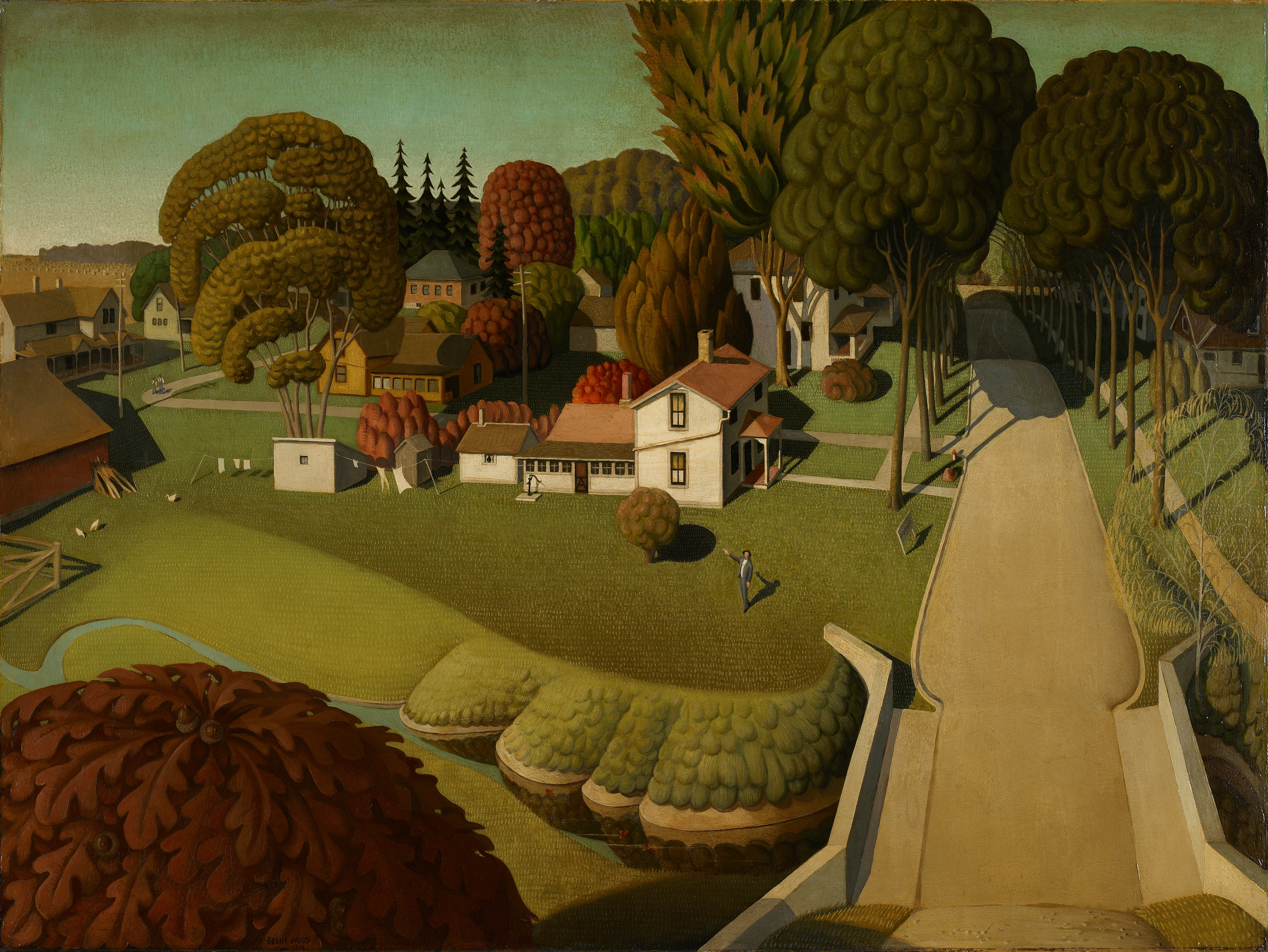 Wood belonged to the American Regionalist movement, which focused on the human condition and the values of a rural environment (His most famous painting American Gothic shows a farmer and his wife).
This painting was commissioned by a group of Iowa businessman who wanted to present it to President Herbert Hoover. It features the cabin where Hoover was born just to the left of the big two-story house in the middle of the painting (the man is pointing to it).
Hoover ended up refusing the painting because of this; not only was the house not there when he was born but it also conflicted with his political campaign of stressing his humble origins in a time where the US still suffered the consequences of the Great Depression of 1929.
Critics didn’t like it either as his sister NA Wood relates in a book about her brother: “Critics couldn’t decide whether Grant was glorifying or satirizing President Hoover. Considering the artist, most of them decided it was satire”.