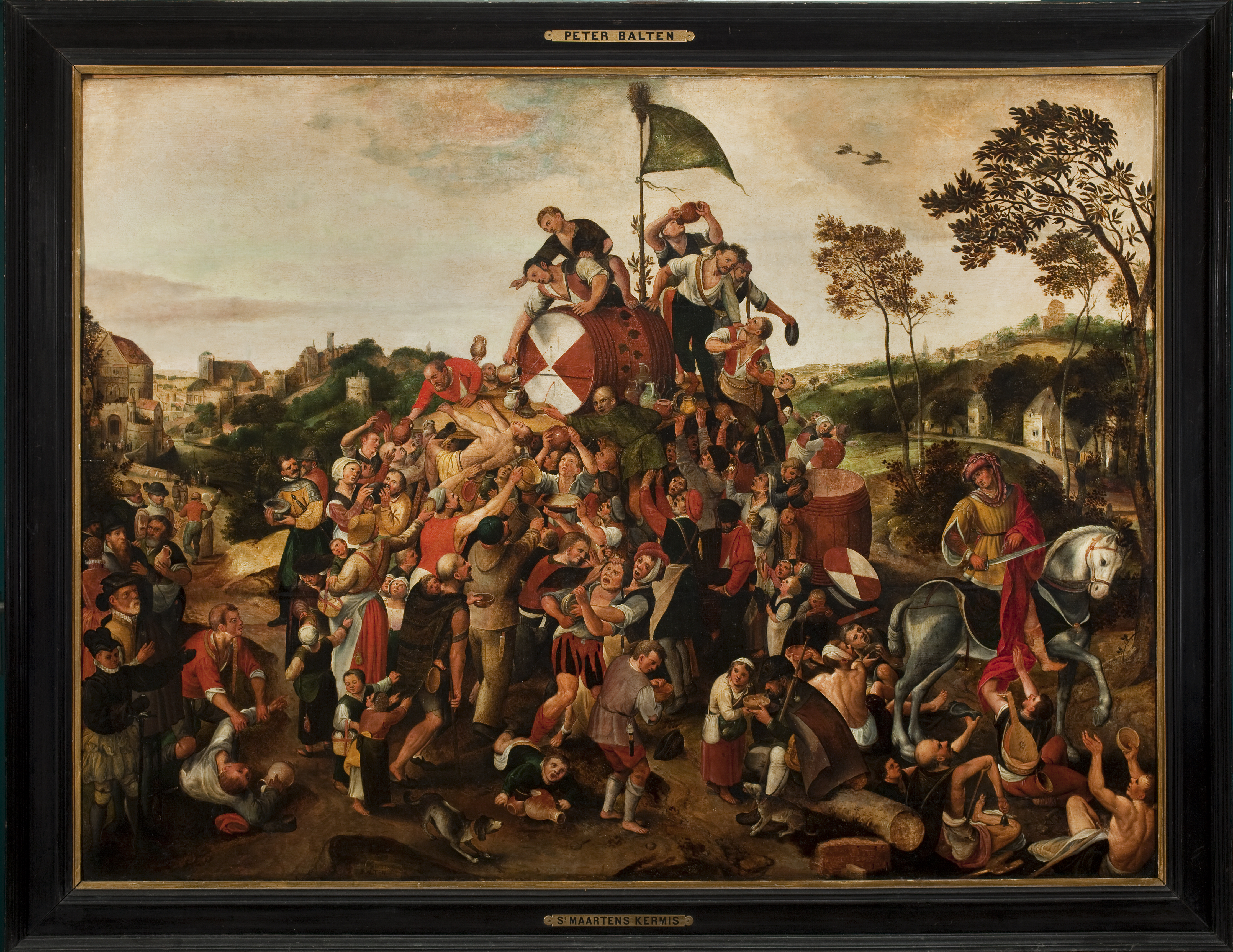 November 11th is the feast of St. Martin which is celebrated in parts of The Netherland, Belgium, France, and Germany.
It got its name from the French bishop Martin of Tours (c. 315-384 AD) who died this day. Some of the traditions relate back to his life
In mid-winter, he had cut his cloak in half, one half of which he gave to a beggar. Thus he became the saint of beggars.
The story also goes that Martin didn’t want to become a bishop and on election day he hid between some geese. The people discovered him when the geese gawked and chose him as bishop anyway. Somehow this resulted in the tradition of eating a goose (a strange way of thanking the bird which caused Martin to become a bishop).
Some of the traditions predate the Cristian celebration. When in early November (the beginning of winter in Northern Europe) all the harvest was of the land, and the cattle were put in the stables it was celebrated with bonfires and the drinking of the first wine.

And this is what we see in Balten’s painting. Although it shows St. Martin cutting his cloak for a beggar on the right, the main focus is the ‘Kermis’ (feast) and the drinking of young wine by the beggars and poor people. The richer people on the left don’t participate and are just watching the spectacle. You don’t get the impression it is real fest, as men, women, and even children are all just desperately struggling to get to the wine.

This mixed origin of old harvest traditions and Christian Sainthood returns in the various ways the feast is still celebrated now. In the Netherlands, it is a children feast where they go door to door with lanterns singing songs and getting candy in return (a form of ritualized begging). While in parts of Germany and Hungary goose is still eaten on this day. Bonfires are not a general phenomenon anymore, but in some places, they are still lit.

His paintings were highly regarded by both his fellow painters (Peter Paul Rubens had 17 of them) and his buyers.