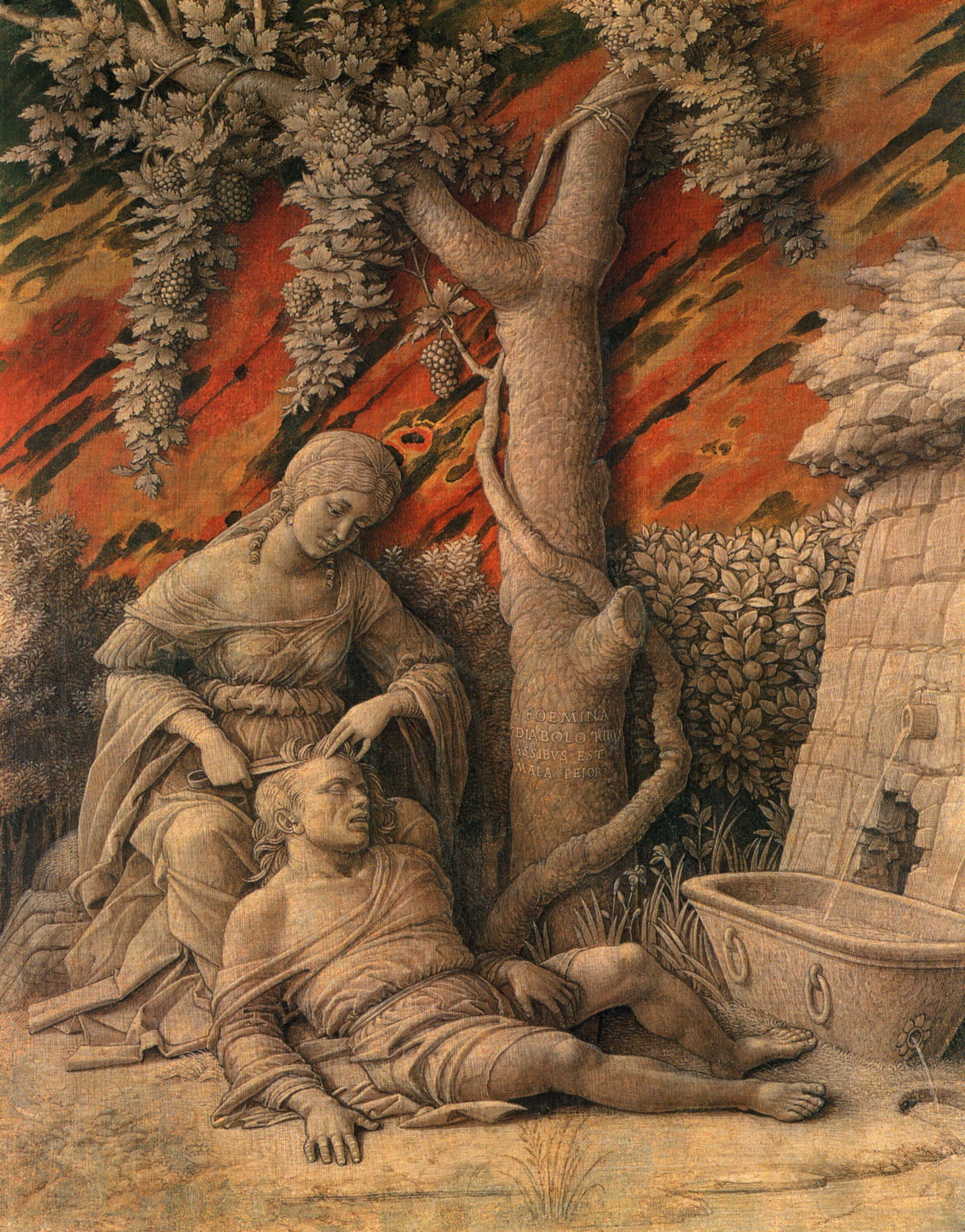 The story of Samson and Delilah is an ideal one to paint; it has action, drama, moral and they all come together in the moment the hair of Samson is removed to render him powerless. And it offers enough room for a painter’s individual interpretation. For Mantegna Samson losing his strength is not that important; he looks like a normal man as he lays on the ground, sleeping. The Philistines are not waiting to overpower him, we have no foreboding of the consequences, we just see an almost peaceful scene of Delilah cutting his hair.

But looks can be deceiving. For Mantegna the act of Delilah’s betrayal is central. The inscription in the tree reads foemina diabolo tribus assibus est mala peior, translated “a malicious woman is thrice worse than the devil”. This refers back to the temptation and betrayal of Eve in the Garden of Eden. By letting the vine circle the tree like a snake Mantegna makes this connection even stronger.

The painting is made to look like a cameo (a relief made of stone), with a marble background. The illusion of depth and the absence of colour in the relief makes it a wonderful painting to look at.