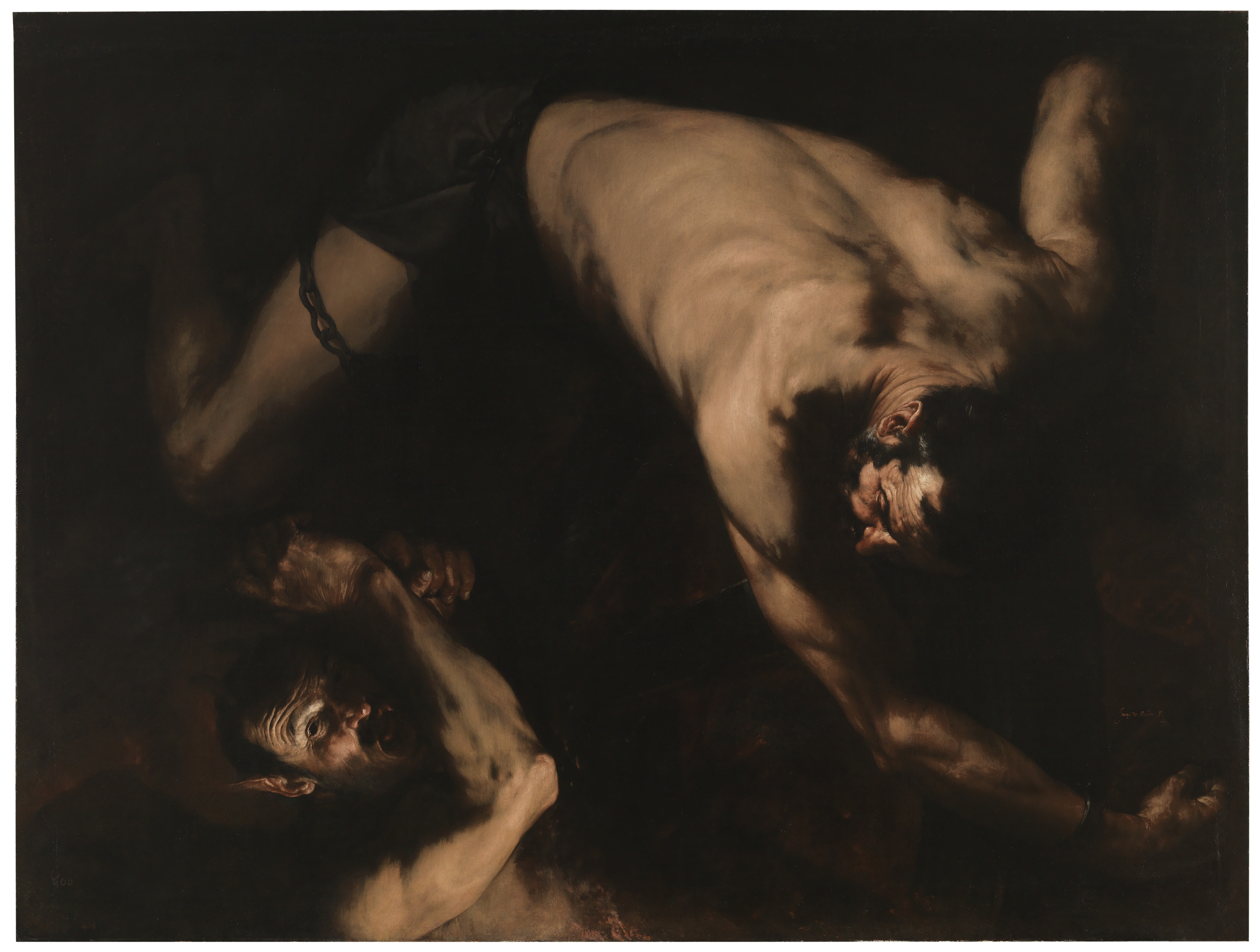 Ixion was a king of the Lapiths who murdered his father-in-law by pushing him into a bed of burning coals and wood. People found this crime so hideous they refused to cleanse him of this sin. Only Zeus would do so and invited him to the table of the Gods. There the ungrateful Ixion fell in love with Zeus’s wife, Hera. When Zeus heard of this, he made a cloud looking like Hera and Ixion slept with it. His suspicions confirmed, Zeus punished Ixion by letting him be bound to a wheel on which he would turn for all eternity.

Ribera has painted the moment when Ixion is chained to the wheel which is barely visible. We can see the chain on his right leg and around his right wrist. Ribera has painted Ixion with great care; the muscles in his back and arm are clearly visible, but his face remains largely hidden. As a result, we can’t grasp the horror of the punishment by just looking at Ixion.

It is the Sater (recognizable by his pointy ears and two little horns on his head) chaining Ixion to the wheel which makes the scene horrible. He stares right at us with dead eyes and his mouth open in a silent scream. Although punishment by the Gods was a popular theme in painting, the specific story of Ixion wasn’t (probably because he wasn’t very likeable due to the nature of his crimes), which makes this work by Ribera unique.