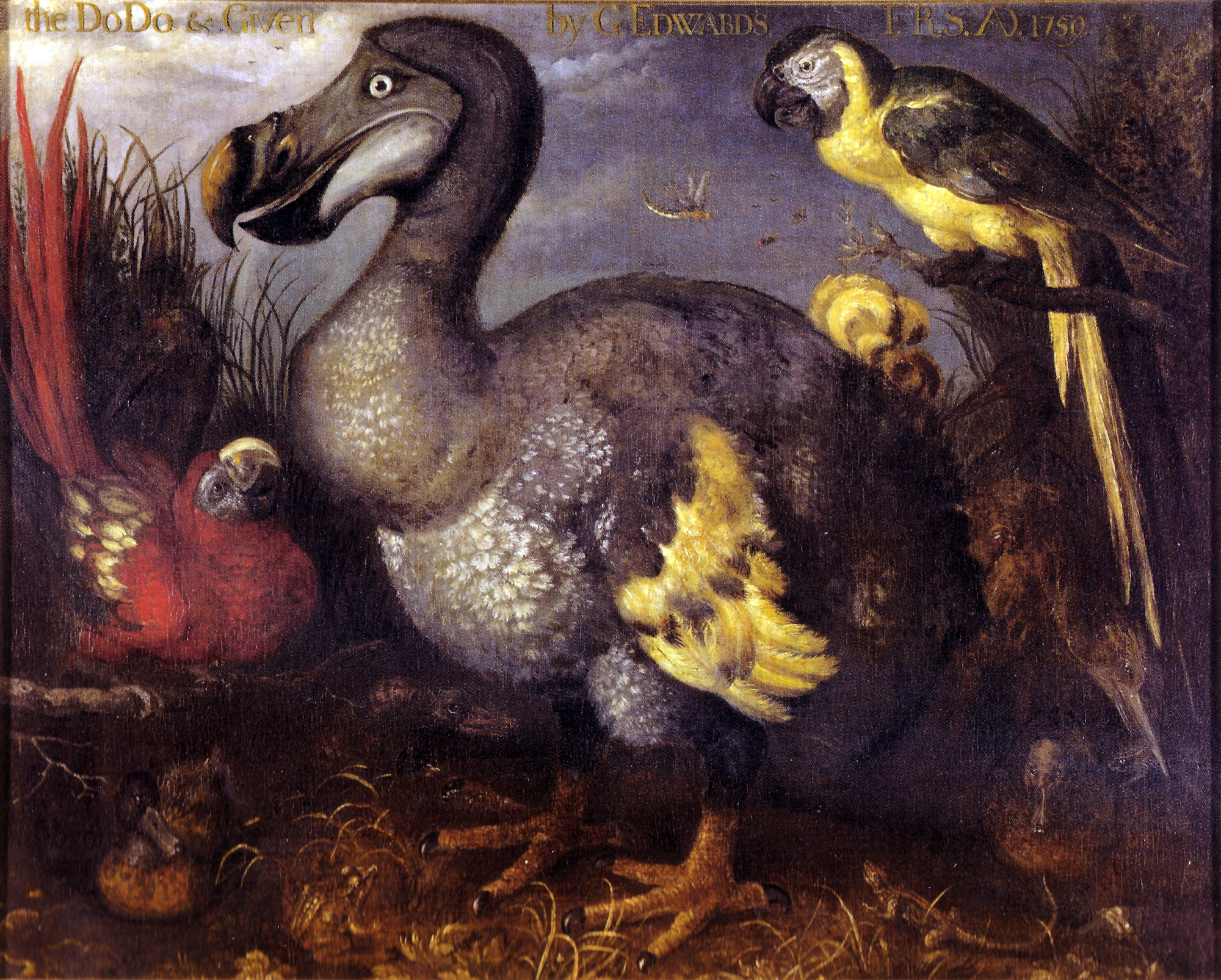 Poor Dodo. Not the first animal to become extinct by humans but probably the most famous one. It lived a relatively peaceful life on the island of Mauritius in the Indian Ocean. Mauritius was uninhabited until it was acquired by the Dutch in 1598, who named it after Maurice van Nassau. The bird -not accustomed to humans and thus not afraid- was an easy prey for both the sailors and the domestic animals they introduced (among them: dogs, cats, and rats).
The exact year the Dodo became extinct is unknown, but it was already very rare by 1650. It is sad it only lives on in a saying that stresses its extinction: ‘Death as a Dodo’.

The painting was painted by Roelant Savery when there were still Dodo’s (they appear on a number of his other paintings) and came into possession of the ornithologist George Edwards. He, in turn, gave it in 1750 to the British Museum, hence the title and the added inscription at the top of the painting.