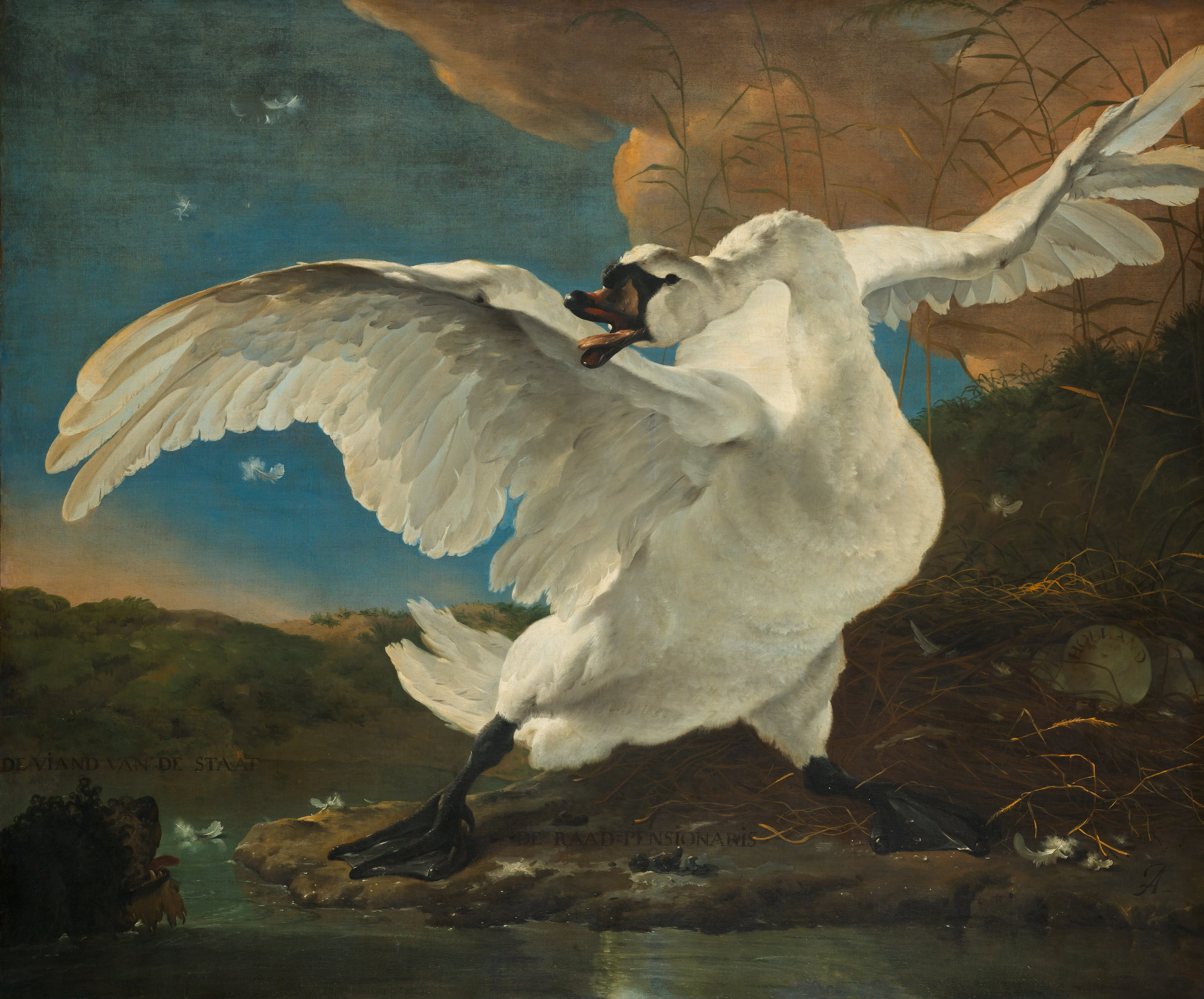 The swimming dog on the bottom left and the nest with eggs on the right are barely visible as all our attention is focused on the fierce swan. If you ever encountered a swan defending its nest you know Asselijn painted it to perfection (just look at its head, the small feathers in the air and floating on the water).

A few years after Asselijns death the republican Johan de Witt was enrolled in a power struggle with the House of Orange. Someone saw the Threatened Swan as an allegory to the unstable political situation: the swan Johan de Witt (swans was his family symbol) defending Holland against the dog representing Hollands enemies. To make the allegory clear to all observers, texts were added to the painting in black letters. Just above the dog: ‘de viand van de staat’ (enemy of the state). Between the swan’s legs: ‘de raads-pensionaris’ (the function of Johan de Witt). And on the egg: ‘Holland’.

The painting itself is beautiful, but when the National Artgallery (now the ‘Rijksmuseum’) bought it in 1800 as its first painting, it was because of its historic political meaning.