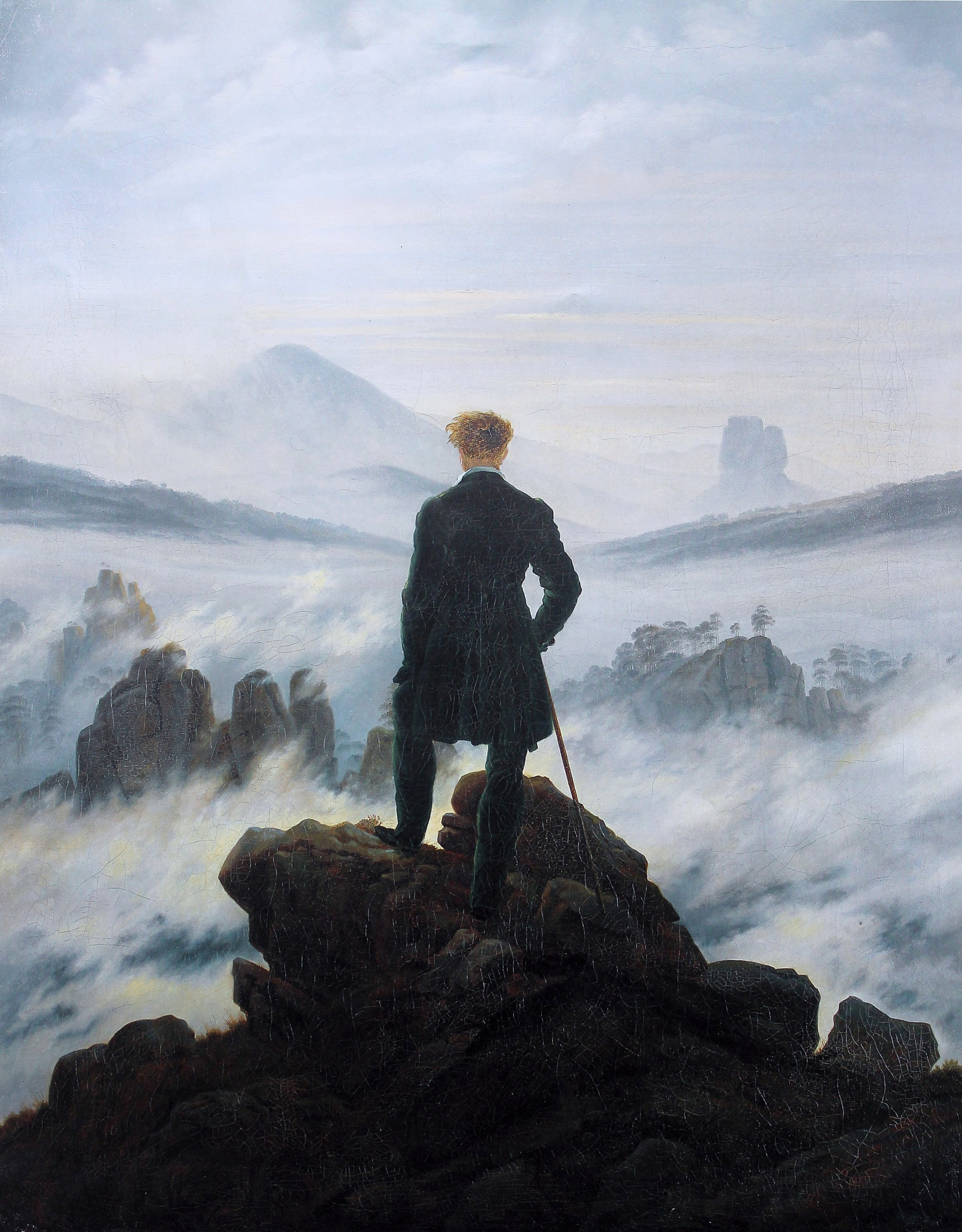 Caspar David Friedrich was part of the Romantic movement and is best known for his moody – mystic- landscapes. The Wanderer is a great example of his work; he was an avid hiker often sketching the landscapes he saw along the way. This painting shows actual mountains from Saxony and Bohemia, but they are rearranged to make a more interesting landscape. The atmosphere is created by the man on top who, contrary to common practice, is not facing us to show his victory of climbing a mountain but has his back turned towards us. His hair is blowing in the wind while looking at -or contemplating- the fog below. Even if you have never stood above the clouds yourself, this image gives you a strong sense of loneliness.
Although the painting is not an official self-portrait it could have been; even one of his friends described him in 1820 as the “most solitary of the solitary”. Friedrich himself asserted that “The artist should paint not only what he sees before him, but also what he sees within him. If, however, he sees nothing within him, then he should also refrain from painting that which he sees before him. Otherwise, his pictures will be like those folding screens behind which one expects to find only the sick or the dead.”

During his life interest in Romanticism declined and so did his reputation and interest in his paintings. His death in 1840 was hardly noticed. To make matters worse some 90 years later the Nazis happened to like his work (not surprising: a German painter painting German landscapes) and used it in their ideology. As a result of this unwanted association, it wasn’t until the 1970’s that his work became socially acceptable again. He’s now considered as the finest example of 19th-century romantic painting.