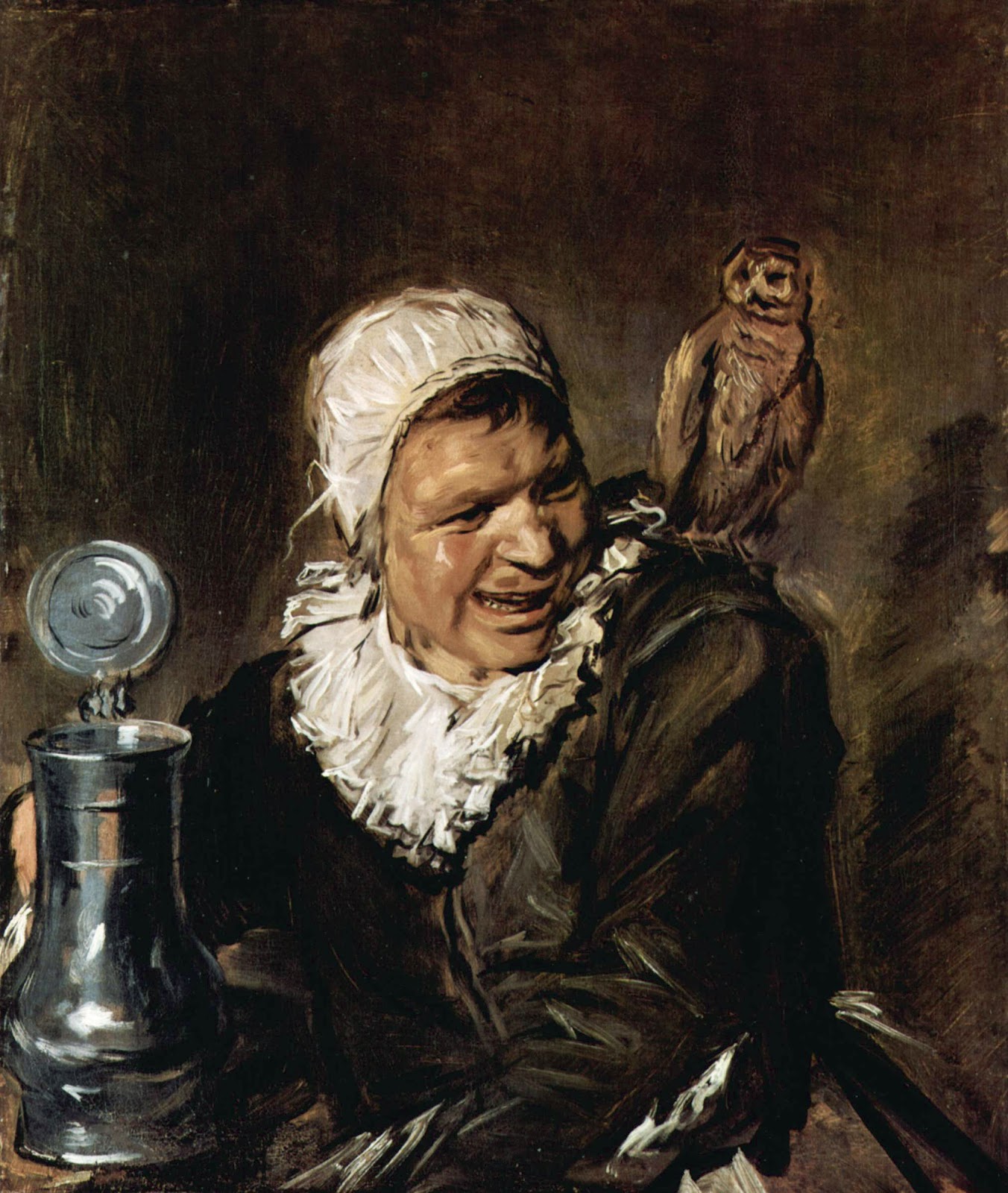 The first time I heard of ‘Malle Babbe’ was by a 1973 song of Rob de Nijs. The song was written by Haarlem singer-songwriter Lennaert Nijgh who had seen both this painting by Frans Hals and another one; The Gypsy Girl (a portrait of a girl showing her décolleté). He combined them in a song that would be become very popular as a sing-along. But I digress, let us return to the painting.
It is worrisome that even on a single painting like this serious websites differ on its history and meaning. About the only thing they seem to agree on is that it is painted by Frans Hals. The owl may be ‘a symbol of evil’, ‘a symbol of wisdom’ or refer to a Dutch saying ‘drunk as an owl’. Also ‘she may be in a pub’ and ‘may be talking to someone outside our line of view’ and ‘may be laughing at a joke’. That is a lot of may be’s, and after 400 years it is hard to say what is true and what not. But why even try; part of the pleasure of looking at paintings is that you can make your own story.

More interesting is the style of Frans Hals; the painting is taken mid-action, almost in the way we would take a snapshot. If you use your fantasy, you can hear the background sounds, smell the beer, and ‘see’ what she did before this moment and will do shortly after.
Also, note the casual style of painting with its broad strokes; the fine details were not important for Hals, it is all about the feeling of the situation. Something that would be taken even further by the 19th-century Impressionist movement.