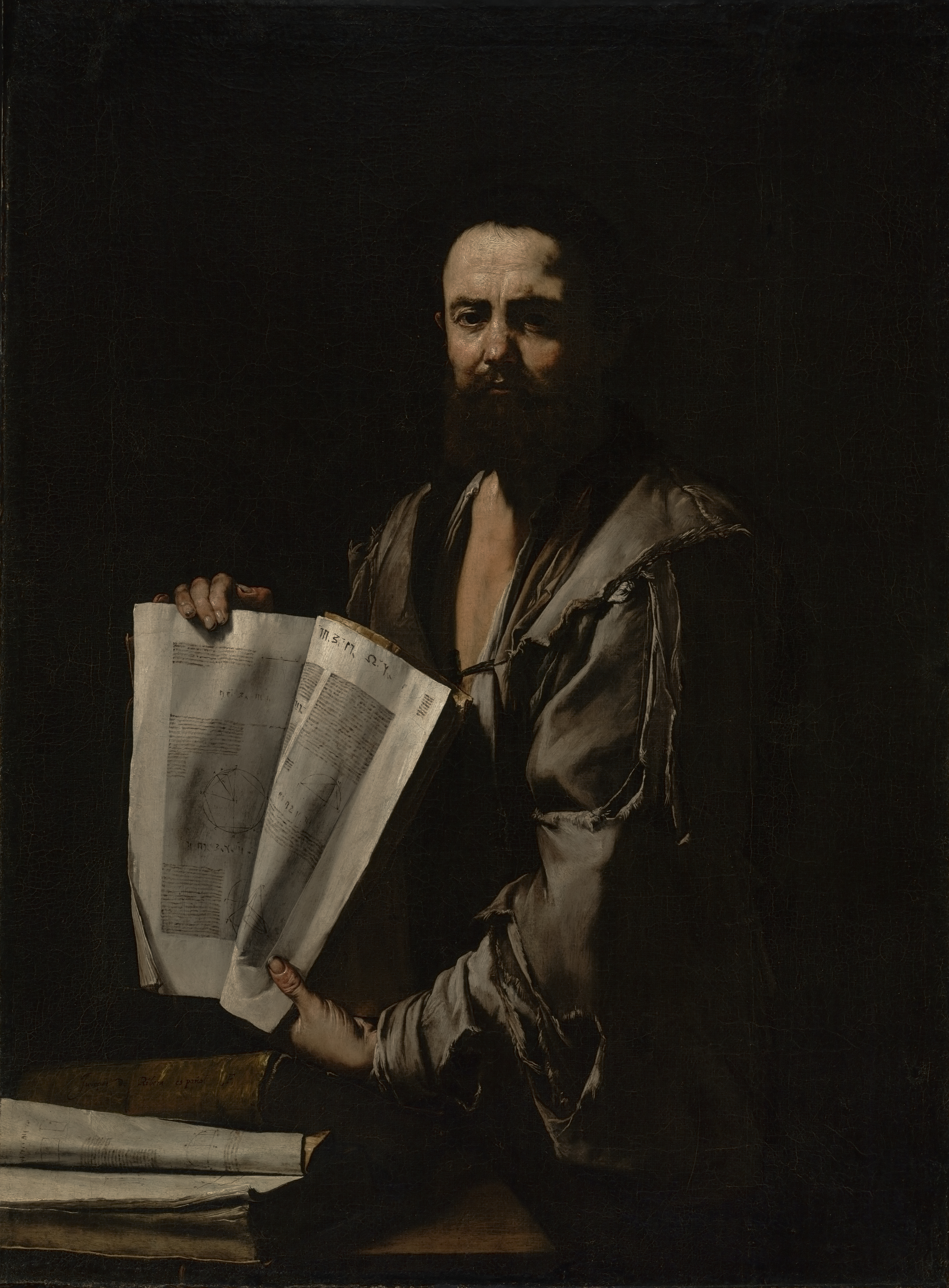 Born in Spain in 1591, Jusepe de Ribera -like so many other painters- moved to Italy. He studied under the followers of Carravagio which is clearly visible in this painting of the Greek philosopher Euclid; the background is deep black, and both Euclid and the books are lit in such a way we can see every detail of them. Although Ribera painted the usual biblical and mythological scenes he also made a series of unique portraits of the great philosophers.

What is fascinating about this painting is that it doesn’t depict Euclid in a very portrait like fashion; he doesn’t look at his best. Sure, he shows a book of his geometry work (he is after all one of the founders of Mathematics, and you probably learned Euclidean Geometry in High school) but it is only half open, and its pages are wrinkled. And look at the clothes he’s wearing; grey, torn, ragged and showing the bare skin of his chest. His hands are wrinkled, and the nails of his fingers are dirty. His hair, beard, and part of his face are hidden in the shadows, and in his face shows the signs of older age are visible.

Probably not the way Euclid would have wanted to be painted but he had no say in it. It certainly allowed Ribera far more freedom in making his portrait than was possible for his still living subjects. The result is a beautiful and fascinating portrait to look at.