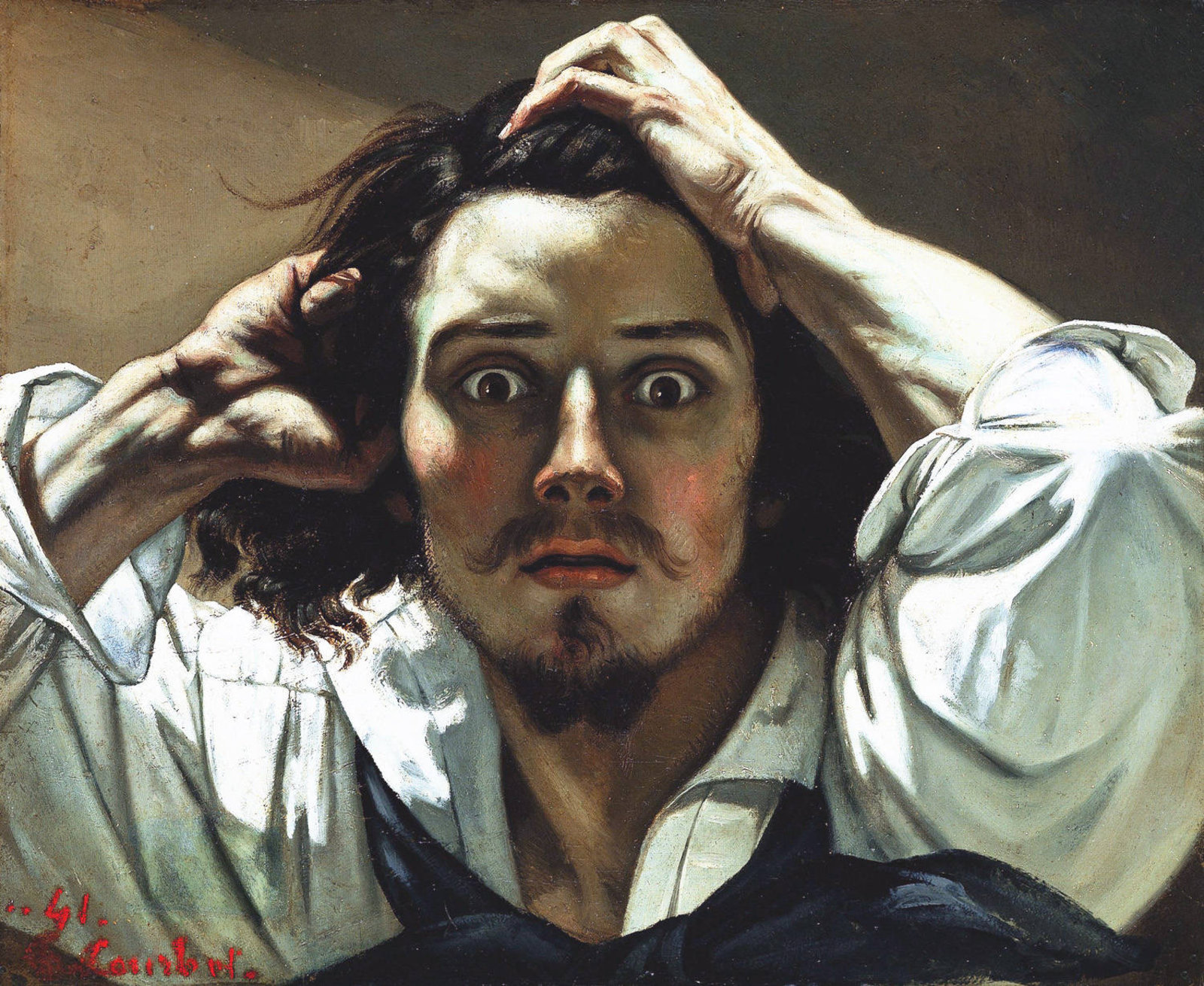 Courbet once described himself as the “Proudest and most arrogant man in France”. In true artist style, he was tired of the pretentiousness of the official art and was determined to render the world as he saw it. And he did, his paintings show a wide range of subjects (among them 24 self-portraits) including the one he’s most famous for; L’Origine du Monde (I’m pretty sure Facebook won’t allow me to post an image of that one).

The Desperate Man is one of his earliest works, made when he was 25 years old. For me, the kind of desperation it shows is the one that is mixed with ambition, determination and a drive to change things. And that he did (or at least tried to do), but at a cost. In 1870 he wrote a letter to the Government of National Defense in which he asked to take down a victory column placed by Napoleon: “In as much as the Vendôme Column is a monument devoid of all artistic value, tending to perpetuate by its expression the ideas of war and conquest of the past imperial dynasty, which are reproved by a republican nation’s sentiment, citizen Courbet expresses the wish that the National Defense government will authorize him to disassemble this column.” The didn’t.

In March 1871 the revolutionary Paris Commune took control over Paris and Coubert joined them. Although they were only in power for two months, they managed (among other things) to bring the Vendôme Column down. Whether Courbet was there at the time or not, didn’t matter much to the French government and he was sent to prison for six months and had to pay a fine of 500 francs. After his sentence was finished in 1873 the new president proposed that the Vendôme Column was to be rebuilt at the cost of Coubert. To avoid bankruptcy he went to exile in Switzerland. It took four years before the cost of reconstruction were calculated: 23,091 francs and 68 centimes. ‘Luckily’ he could pay in yearly instalments which would take him 33 years in total.
One day before he had to pay his first instalment he died of a liver disease as a result of heavy drinking.