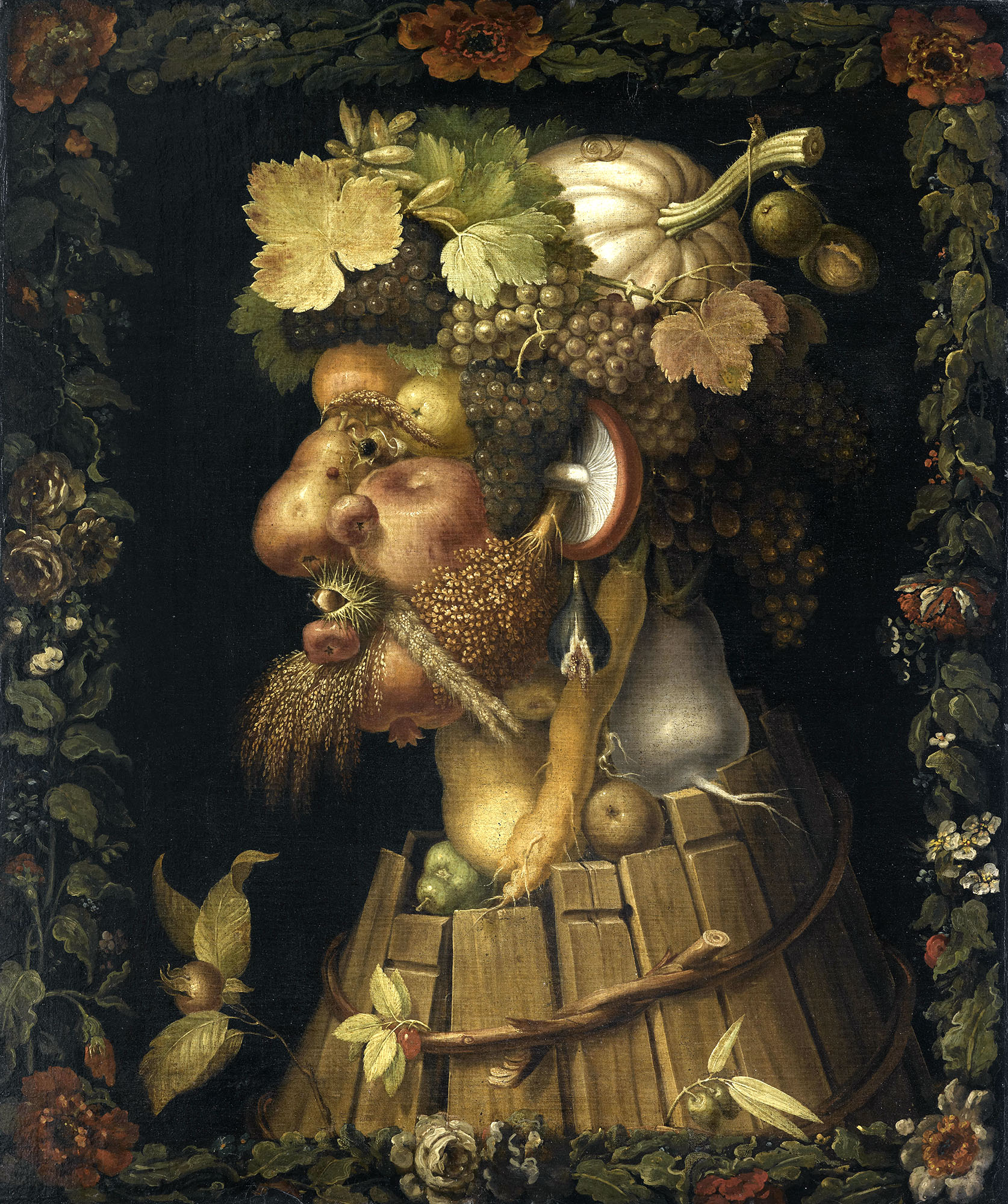 With 25 degrees Celsius (77 Fahrenheit) it is unusually warm for this time of year in the Netherlands. It is Autumn nevertheless, the subject of this painting by Arcimboldo.

He is famous for his unusual portraits which up close reveal they consist of flowers, fruits, and vegetables (we have already seen Summer as a Daily Dose). The four seasons were made for emperor Maximilian II of the Habsburg court.

We are used to this kind of visual puns but keep in mind that they were made in the 16th century were none of his contemporaries followed his footsteps. He was rediscovered in the 20th century during the rise of Modernism and Surrealism and it was Salvador Dali who called him the “father of Surrealism”.