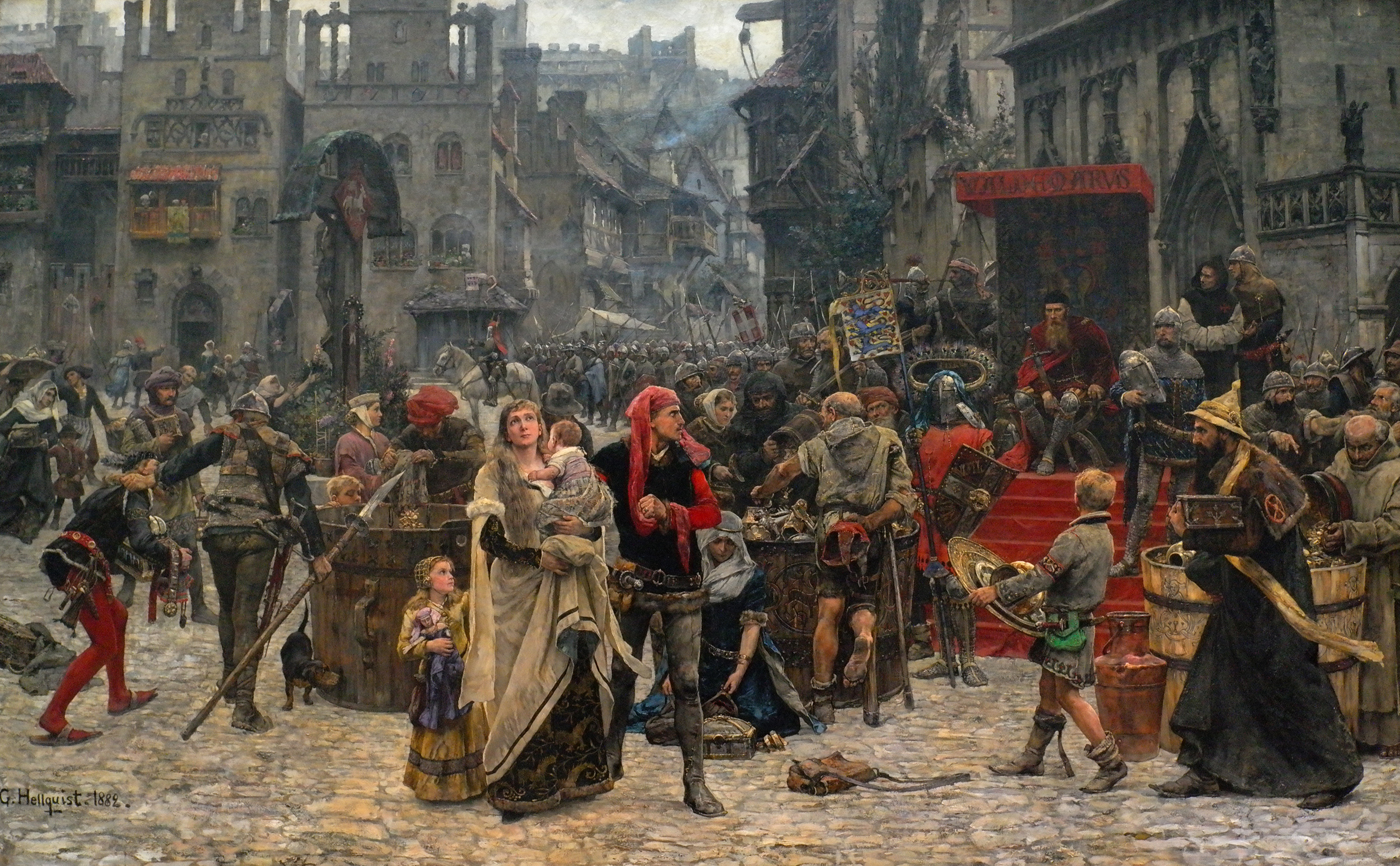 Historical paintings usually depict either a victory of some sort or a past injustice. A good example of the last category is this painting by the Swedish painter Hellqvist. It depicts an event which took place in 1361. The Danish king Valdemar Atterdag gave the citizens of Visby on the Swedish island Godland the choice to either fill three vats (visible on the painting) with treasure or have their city burned down. The Swedish term for it is ‘brandskattning’ (fire taxation), a rather fitting description.

While the citizens fill the vats (the man on the left apparently needs some convincing) the mayor in the middle has his fist clenched and looks angry at the King on his throne. It has some other nice details to discover, but in my opinion, the message of who the bad guys are would have been clear even without the mayor’s wife portraited as a Madonna looking at the sky, bathing in an unnatural light.