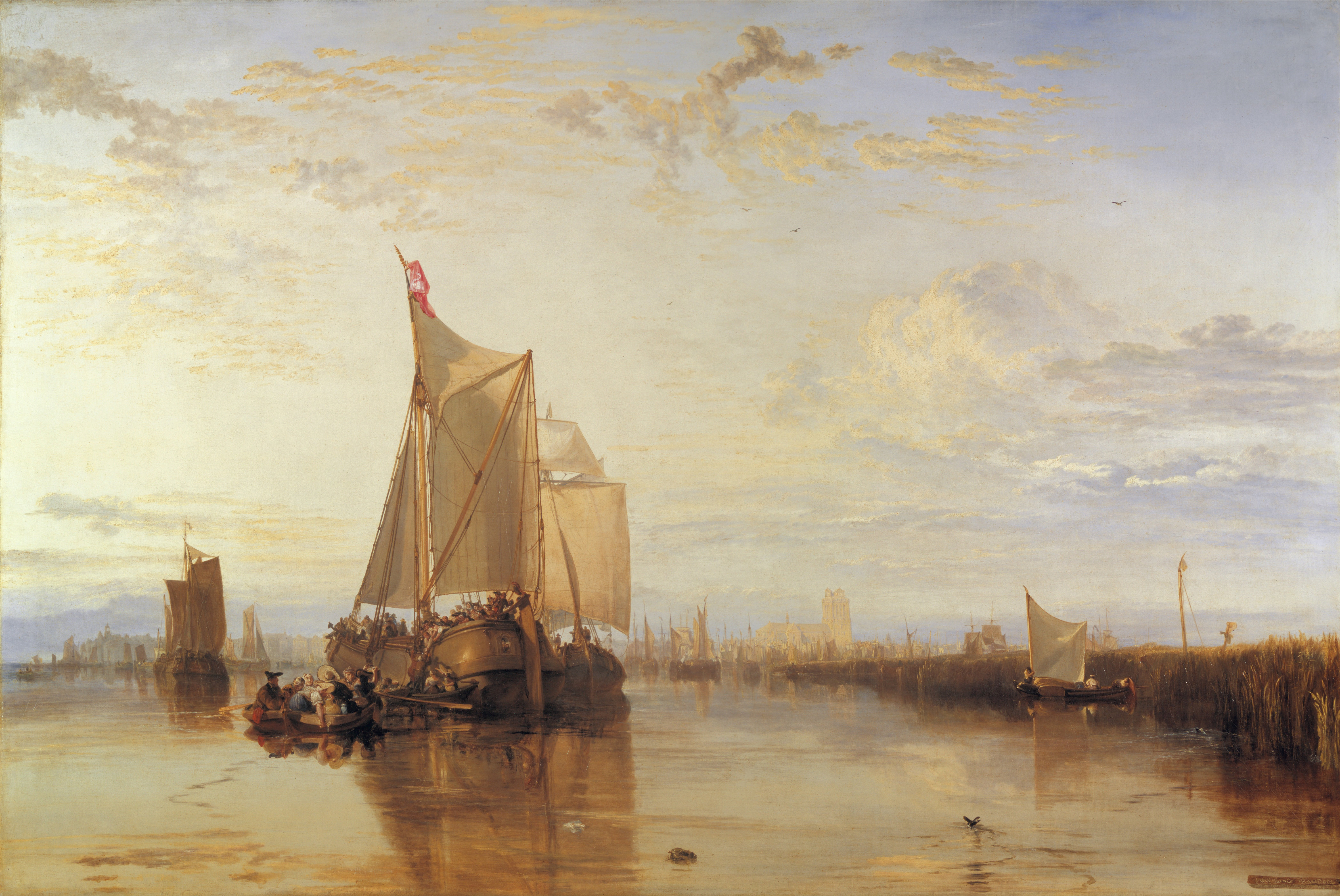 Even in this early work by Turner, you can see his love of light and colours which will become so prominent in his later work. In 1832, John Constable wrote of the painting,

“I remember most of Turner’s early works; amongst them one of singular intricacy and beauty; it was a canal with numerous boats making thousands of beautiful shapes, and I think the most complete work of a genius I ever saw”.

Turner was financially independent and as such more or less free in what and how he painted. In 1817 he visited the Dutch town of Dordrecht (Dort) for a day and a half during which he made numerous sketches. Turner was influenced by the Dutch painter Aelbert Cuyp and the motif of the packet boat is directly borrowed from Cuyp’s Maas at Dordrecht which was exhibited at the British Institution in 1815.