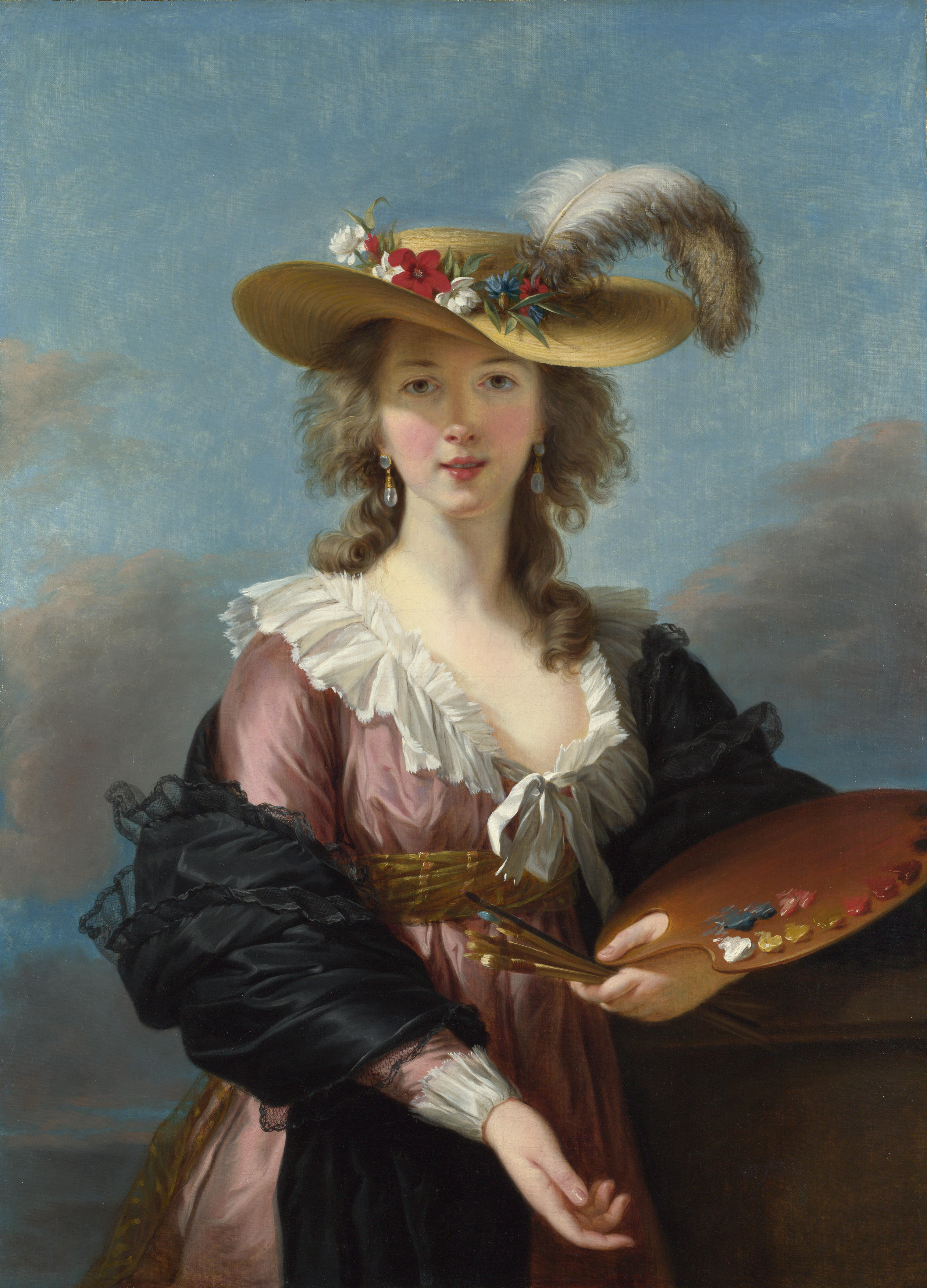 Élisabeth Louise Vigée Le Brun had two things going against her. First of all, just before the start of the French Revolution, she associated herself with French royalty by painting more than 30 portraits of Marie Antoinette and the royal family. Not the wisest thing to do in revolutionary times; starting out with public smear campaigns on her work and personal life she eventually had to flee France, her possessions were foreclosed, and her husband divorced her.
Secondly, she was a woman, and although she made over 660 portraits and 200 landscapes, she never got the recognition she deserved (if asked for a famous woman painter would you name her?).
Not only during her lifetime her achievements were (negatively) associated with her womanhood, but when she was finally rediscovered in the 20th century she was again criticised by both men (art historian Michael Levey: ‘She was to employ — if not positively exploit — her own femininity, throwing it over her female sitters with almost exaggerated effect.”) and women. In ‘The Second Sex’ Simone de Beauvoir didn’t focus on her achievements as a painter but on her self-portraits which in her opinion acquiesced to societal expectations regarding a woman’s self-image. Something that is arguably not true as Le Brun in 1787 was criticised by the gossip sheet ‘Mémoires secrets’ for smiling on one of her self-portraits: “An affectation which artists, art-lovers and persons of taste have been united in condemning, and which finds no precedent among the Ancients, is that in smiling, [Madame Vigée-Lebrun] shows her teeth.”
Only The Metropolitan Museum of Art, New York has held a solo exhibition of her works in 2016.