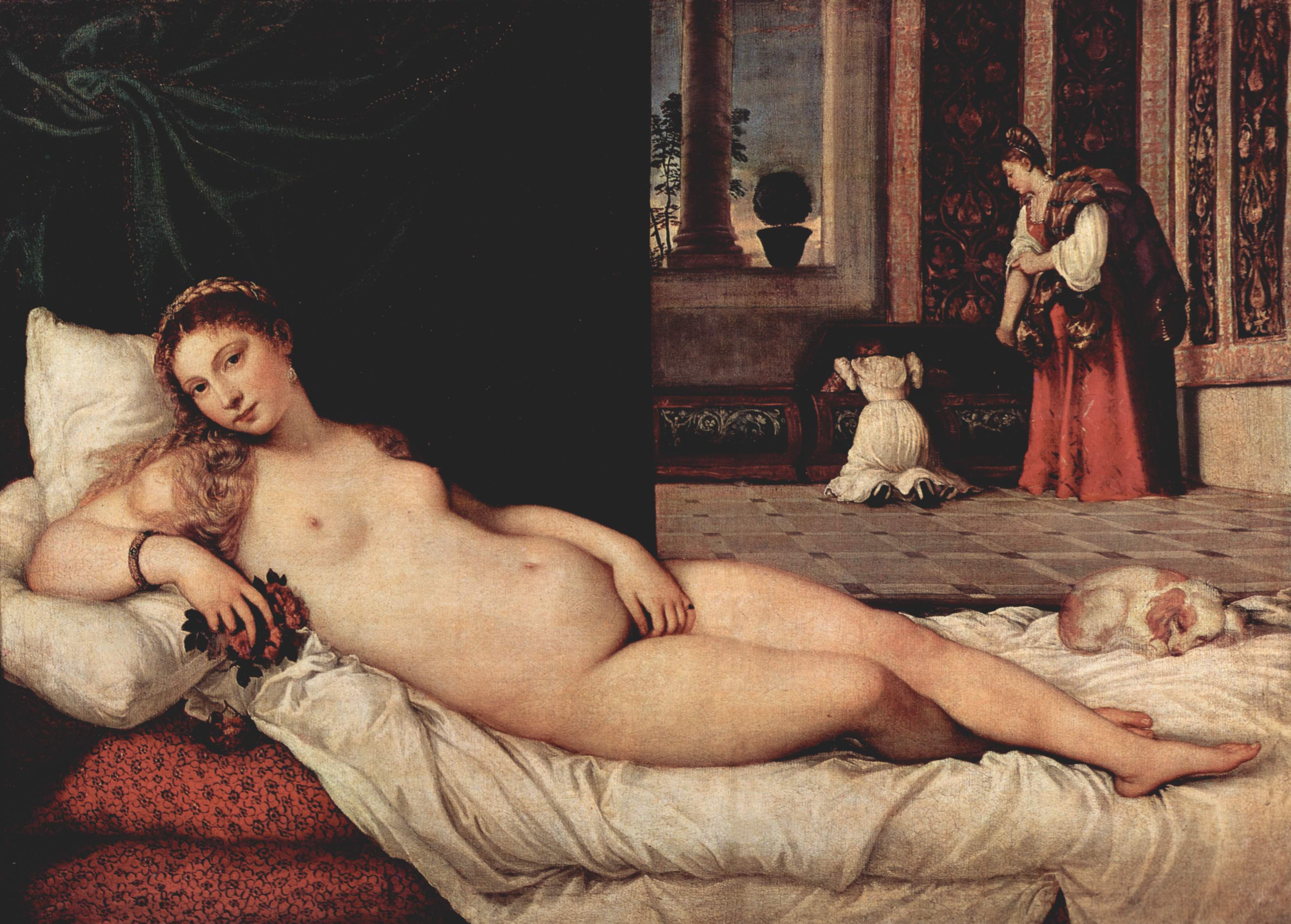 Google ‘Titian Venus’ and you will find many results discussing this painting (more than for comparable or even more famous paintings). Over time people found lots of reasons why this painting should be discussed; the symbolism, the style and its relevance in art. To me, this falls in the same category as claiming to read Playboy for its articles, for there is but one reason it has gotten so much attention: the nudity.

Art is more mundane then we sometimes like to admit as in the end, it is just business; artists want to make art that sells. This was especially true for the great masters who made just about everything there was a market for; portraits, biblical, mythological scenes. The only sure way to earn money was to make commissioned paintings (even this had its risks as the commissioners could for various reasons refuse to buy if they didn’t like the results, and they regularly did so).

The Venus was intended for the 21-year-old Ippolito de’ Medici. Titian had already made a portrait of him when he started working on this painting. Titian himself referred to it as a ‘painting of a woman’ that would be of interest to him. Unfortunately, Ippolito died before it was finished. It was sold four years later to Guidobaldo II Della Rovere, who had seen it when he was posing for a portrait himself. He also referred to it as ‘the nude woman’, and was eager to acquire it before it was sold to anyone else.
And perhaps we should leave it at that, for whatever beauty there lies in the symbolism, the colours, the painting technique or ‘the sheer beauty of form’, the simple fact remains that the primary reason for painting, buying and looking at it is ‘the nude woman’.