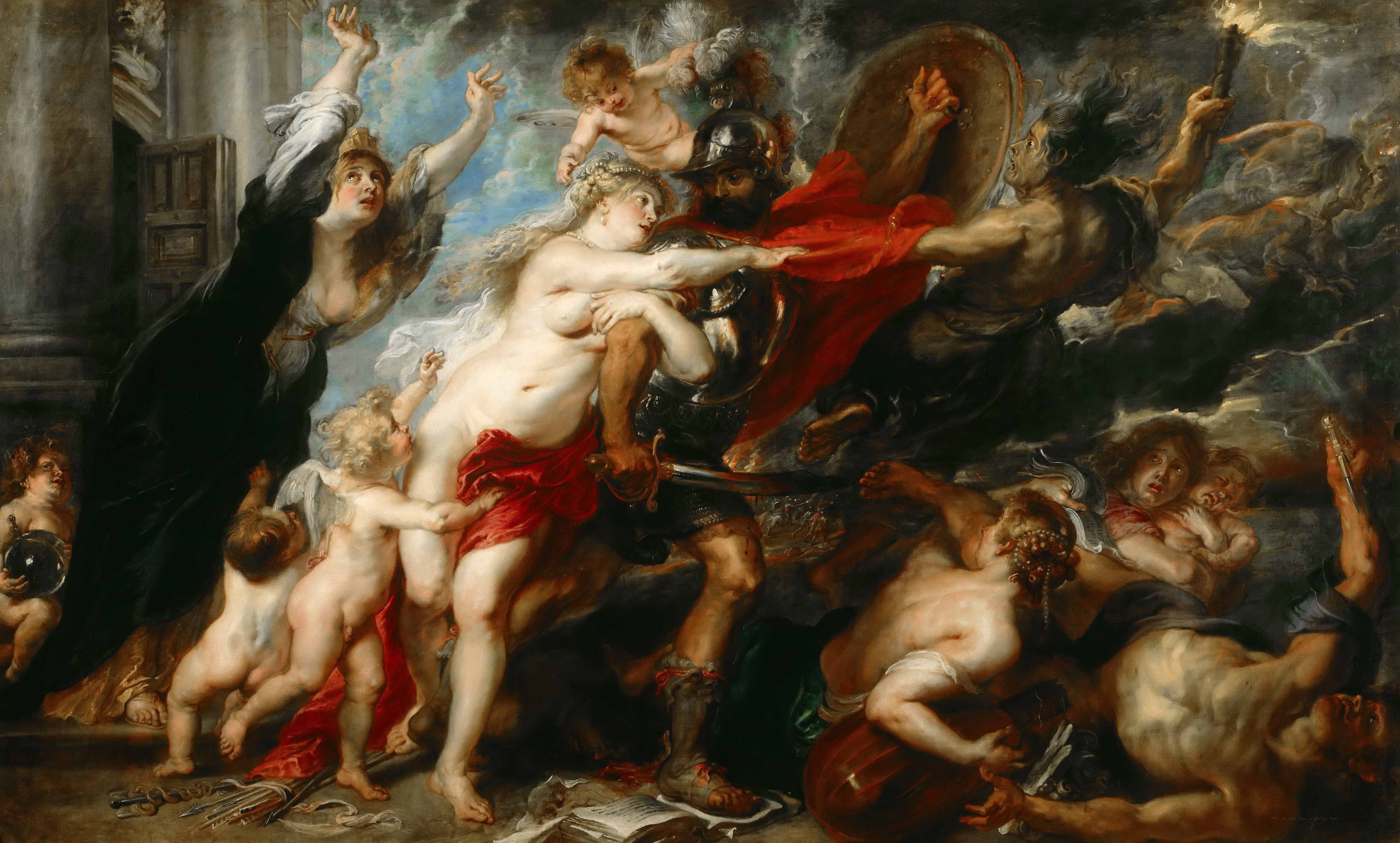 Most works by Rubens were done on commission; this one was done for Ferdinando II de’ Medici. After it was sent on transport Rubens wrote a letter to the court painter explaining the meaning:

“The principal figure is Mars, who has left the open temple of Janus (which in time of peace, according to Roman custom, remained closed) and rushes forth with shield and blood-stained sword, threatening the people with great disaster. He pays little heed to Venus, his mistress, who, accompanied by Amors and Cupids, strives with caresses and embraces to hold him. From the other side, Mars is dragged forward by the Fury Alekto, with a torch in her hand. Nearby are monsters personifying Pestilence and Famine, those inseparable partners of War. On the ground, turning her back lies a woman with a broken lute, representing Harmony, which is incompatible with the discord of War. There is also a mother with her child in her arms, indicating that fecundity, procreation, and charity are thwarted by War, which corrupts and destroys everything. Also, one sees an architect thrown on his back, with his instruments in his hand, to show that which in time of peace is constructed for the use and ornamentation of the City, is hurled to the ground by the force of arms and falls to ruin. I believe, if I remember rightly, that you will find on the ground, under the feet of Mars a book and a drawing on paper, to imply that he treads underfoot all the arts and letters. There ought also to be a bundle of darts or arrows, with the band which held them together undone; these when bound form the symbol of Concord. Beside them is the caduceus and an olive branch, attribute of Peace; these are also cast aside. That grief-stricken woman clothed in black, with a torn veil, robbed of all her jewels and other ornaments, is the unfortunate Europe who, for so many years now, has suffered plunder, outrage, and misery, which are so injurious to everyone that it is unnecessary to go into detail. Europe’s attribute is the globe, borne by a small angel or genius, and surmounted by the cross, to symbolize the Christian world.”