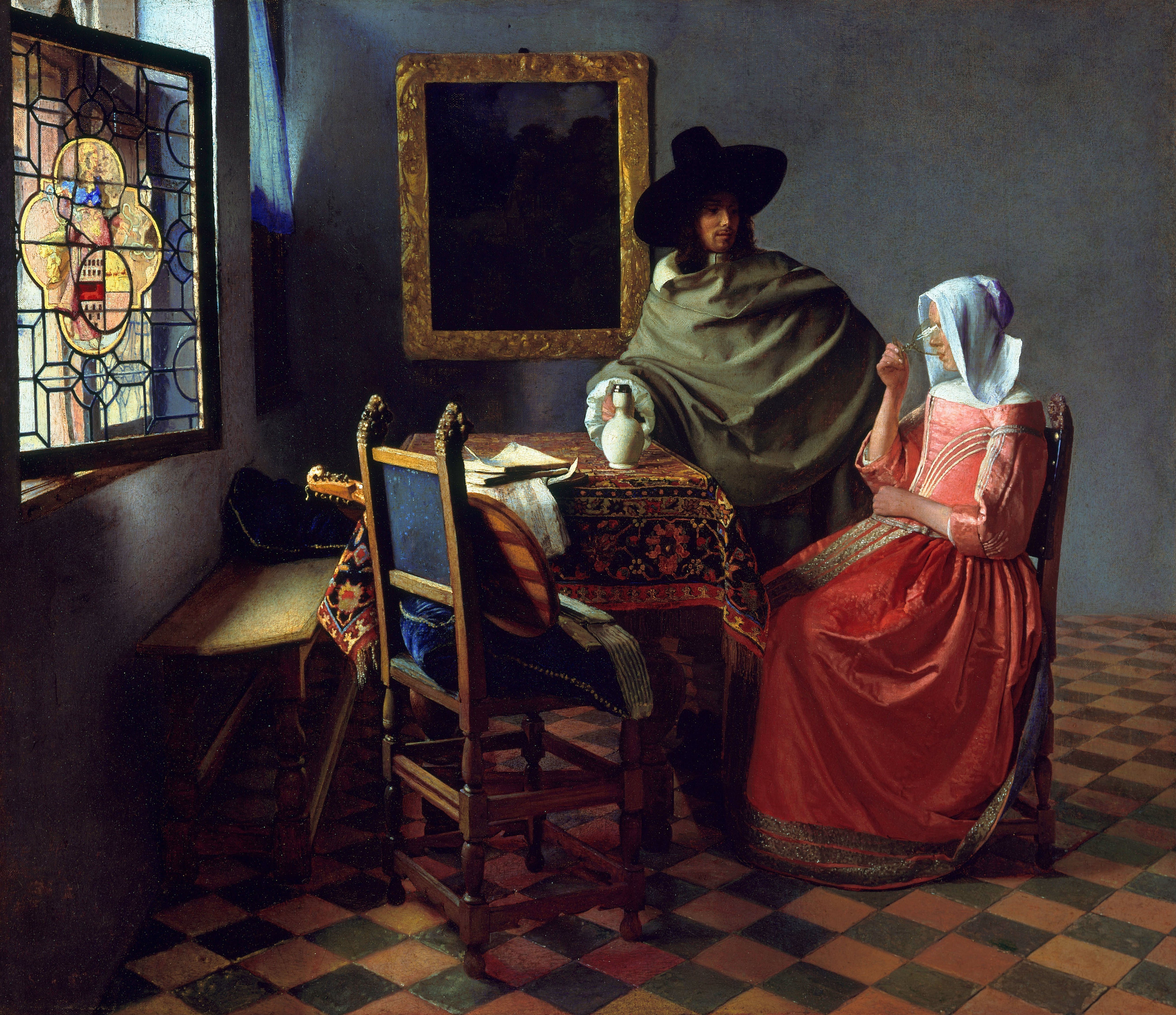 I have seen various interpretations for this painting, but somehow none of them is convincing. What do we see? A girl finishing her glass of wine, a man holding a jug, a musical instrument on a chair and a glass-in-lead window showing an image of temperance.
According to some this combination should be seen a warning of using too much alcohol. If so, it is a very subtle warning; there is no indication that the girl drank too much nor of any danger that could come from it.
Other say it is depicting a courtship. But the scene doesn’t look very romantic; there is a distance between the man and the girl (he even seems to lean back), both their eyes are hidden from our view, and both are not dressed to impress each other.

1660 was the middle of the Dutch Golden Age during which -as the name implies- the Netherlands went through a period of great wealth. This wealth was reflected in a many of the paintings from this period. The things we see in here, however, indicate a relatively wealthy environment but certainly not rich; the chairs are ornamented but the blue square of the front chair accentuated by the light; make clear elegant. The clothes both wear are nice but not luxurious, and the girl has no jewellery. The instrument shown is a cittern (it has a flat back), which was easier to make (and thus cheaper) than the lute (which has a rounded back), there is wine, but no food. And one of the blue cushions has been moved to the chair, showing the bare wood.
It is the 17th-century version of the rising middle class, and to me, it looks like a scene of a teacher learning a pupil good manners and courtesy preparing her for her (new) role in society; how to play a musical instrument and how to drink wine properly (hold the stem at the bottom).
But does it matter what Vermeer meant? Make your own story and just enjoy the light falling on the head of the cittern.