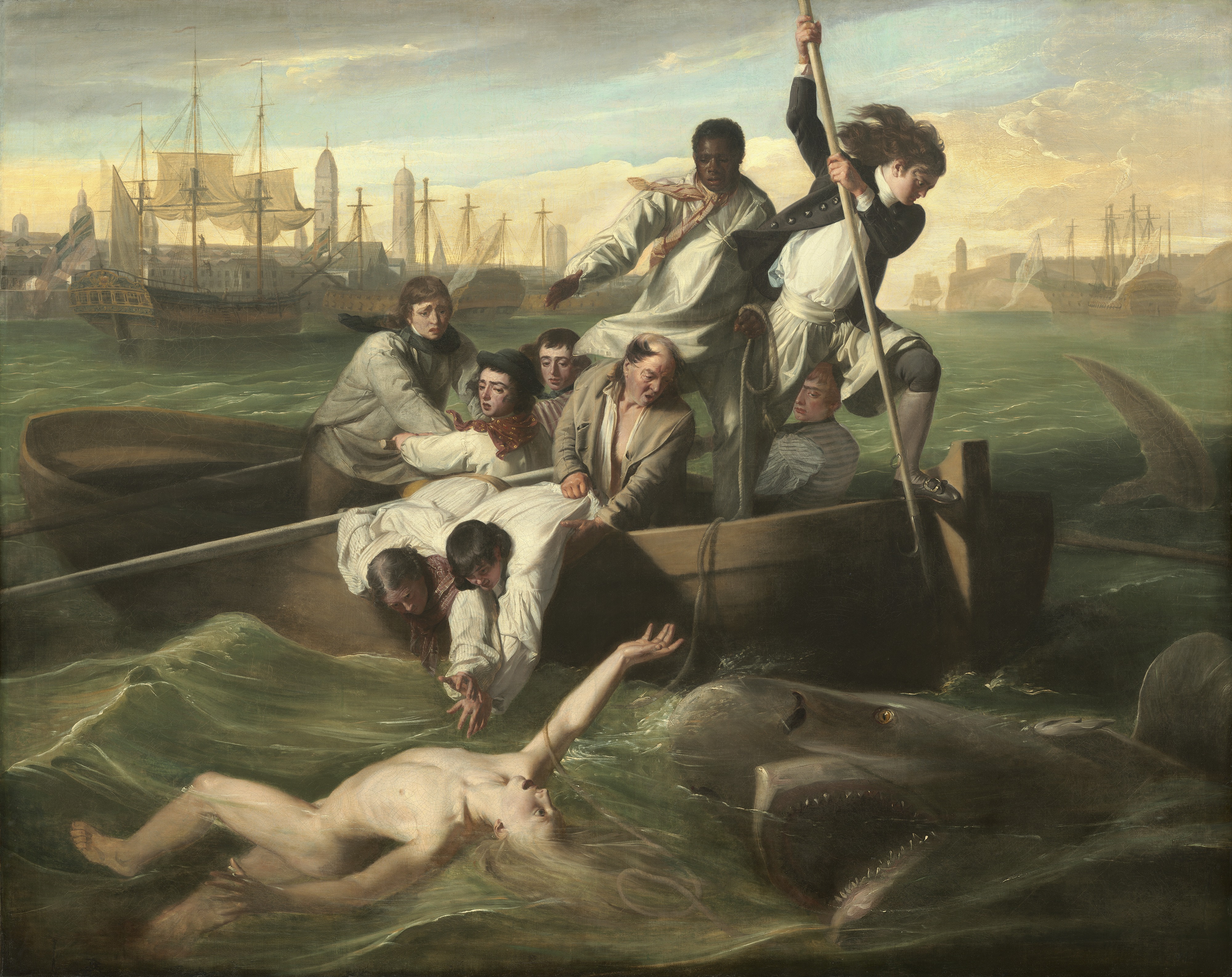 A scene of an event that happened almost 30 years before Copley painted it. Brook Watson was a 14-year-old orphan who decided to take a swim in the harbour of Havana, Cuba where the ship he served on was anchored. A shark attacked him twice and bit off his right foot at the ankle before his shipmates could rescue him.
Surely a dramatic scene but not a unique one, so why paint it? Watson became a successful merchant and when he met Copley in 1774 (sources differ on how and where that happened), he commissioned the painting. And it became a huge success. Watson himself ended up in politics and became Lord Mayor of London. The painting was a welcome source of mockery for his political opponents:

Oh! Had the monster, who for breakfast ate
That luckless limb, his noblest noddle met,
The best of workmen, nor the best of wood,
Had scarce supply’d him with a head so good.

The shark isn’t very realistic (Copley probably had never seen one in real life) but the faces of the boatsmen are well crafted and display a range of emotions.