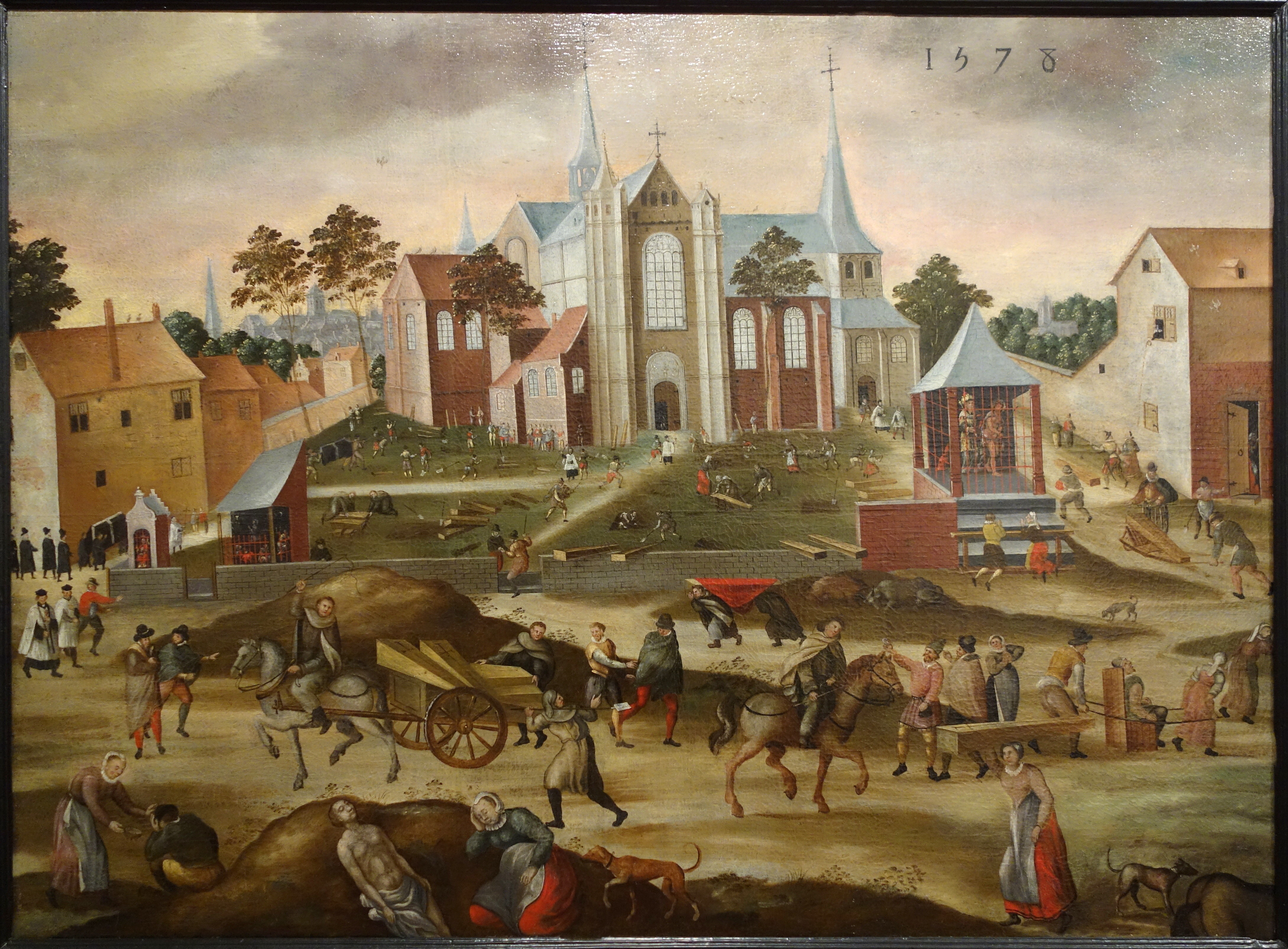 I think we can all agree this painting is not in the same league as any of the other works in the Daily dose series. It simply isn’t a great work of art. The reason why I include it is the subject; the impact of the plague or black death.

The city of Leuven (in today’s Belgium) was hit by the plague for the third time in 1578. More than half of the population would die (every 1 in 2 persons). The plague was known in Flemish as the ‘haestigher siecten’ (swift disease); it spread rapidly, and people died quickly.

The painting shows the impact; a continuous stream of funerals. Some of what we see strokes with the things we know from other historic sources; people stopped being buried in the churches themselves to prevent the spreading of the disease. Other elements differ. People were buried without a coffin and their face up to the heaven (like the man in front). In the painting, we see coffins, which may have been used in an attempt to prevent spreading the disease. We also see dogs walking around while other sources indicate dogs and cats were killed because they preyed on the dead.
Another thing to notice is the abundance of people. The common conception is that people stayed indoors as much as possible to prevent getting sick. Here people (both men and women) are helping to bury the victims, just walk around, or pray for relief.
In today’s Leuven the parish still exists (only the original tower remains) as does the small chapel of Jacob of Compostella seen on the left. Where once the Pilatushouse on the right (with the two people praying) stood, we now find a ‘Frietkot’ (how Belgian).