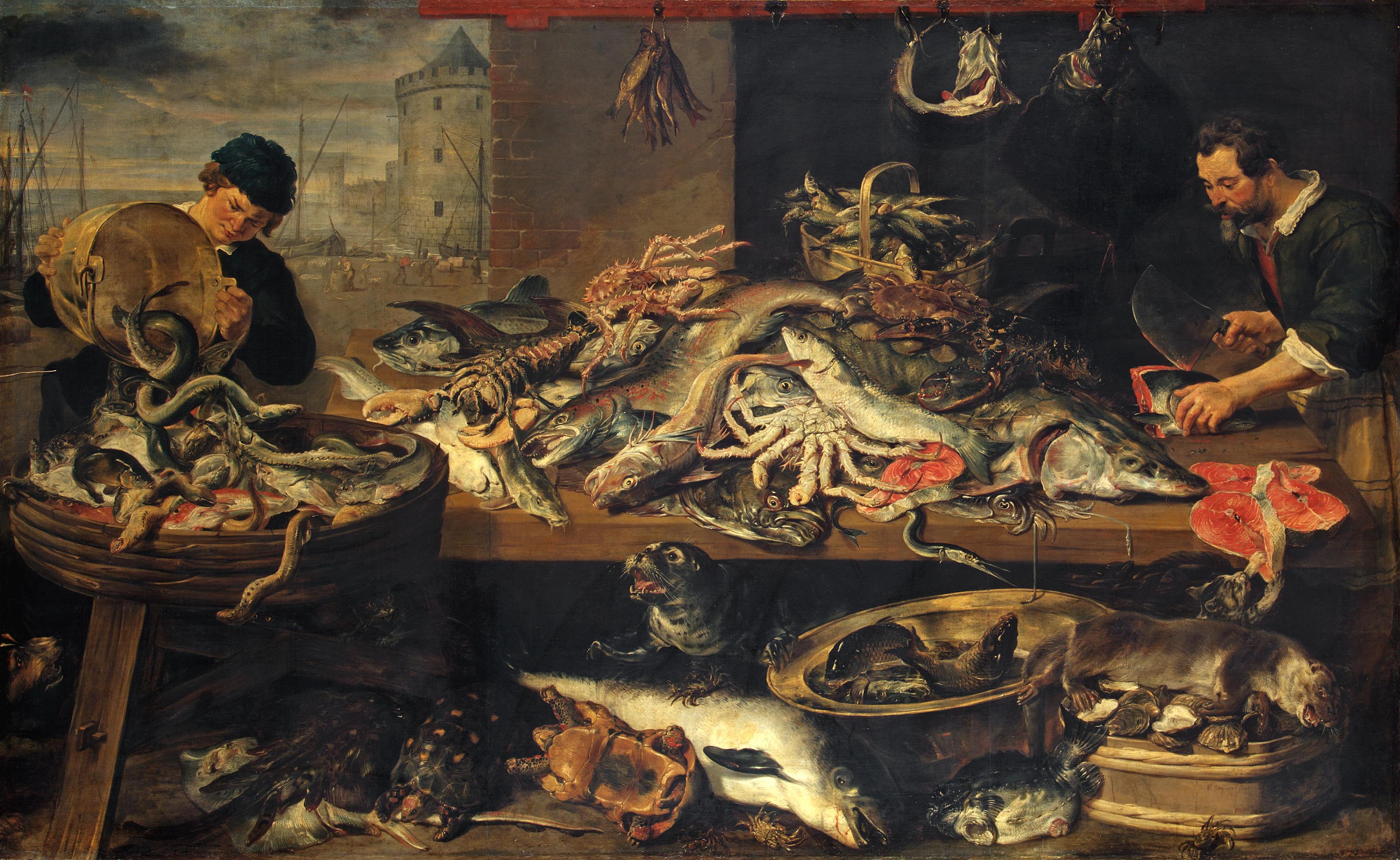 Frans Snyders was a Flemish painter from Antwerp specializing in (dead) animals. It is a genre I don’t really like or comprehend; what is the fun of looking at dead or dying animals? In the Fish Stall, we not only see a variety of fresh fish but also a Seal, an Otter, Tortoises, and a porpoise. Three cats and a dog trying to steal an easy meal. The man on the right is preparing salmon.

The stall is situated in the fish harbour of Antwerp. The painting was made during the 12-year long cease-fire in the 80 years war between the Northern and Southern Netherlands. Only in this period, the Antwerp harbour was accessible to the fishermen. Before and after the fish had to be imported (and would not have been fresh). Also, note the absence of ice and salt to preserve the fish; the catch had to be brought to the market, sold and eaten as quickly as possible as fish and crustaceans spoil fast. Only the smoked herrings hanging on the hook in the top middle of the painting could be preserved for a longer time.