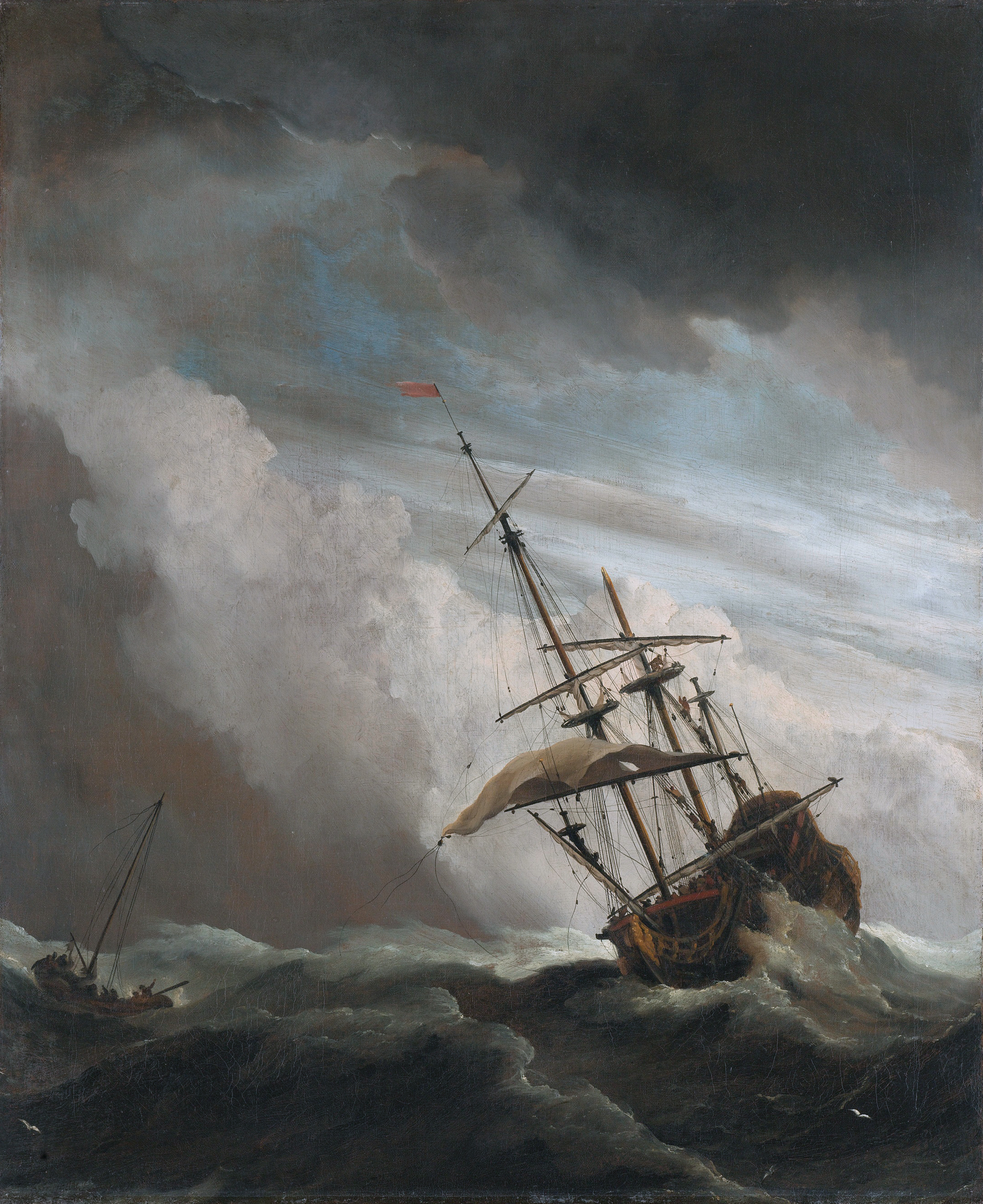 This painting and yesterday’s one are pendants, which Van de Velde finished at about the same time. And although the two paintings have been kept together since he painted them, they couldn’t be more different.

The Cannon Shot showed a calm sea on a windless day where the peace of the scene was only broken by the firing of the cannon(or as Paul Claudel put it: “It is a though the sea was listening attentively”), in The Gust the roles are reversed.

The gust of wind has broken off two of the three masts of a 70 cannon British warship, and its front sail has broken loose. The men are climbing the ropes to salvages what is left. The small ship has suffered the same fate and both are fighting the heavy seas.