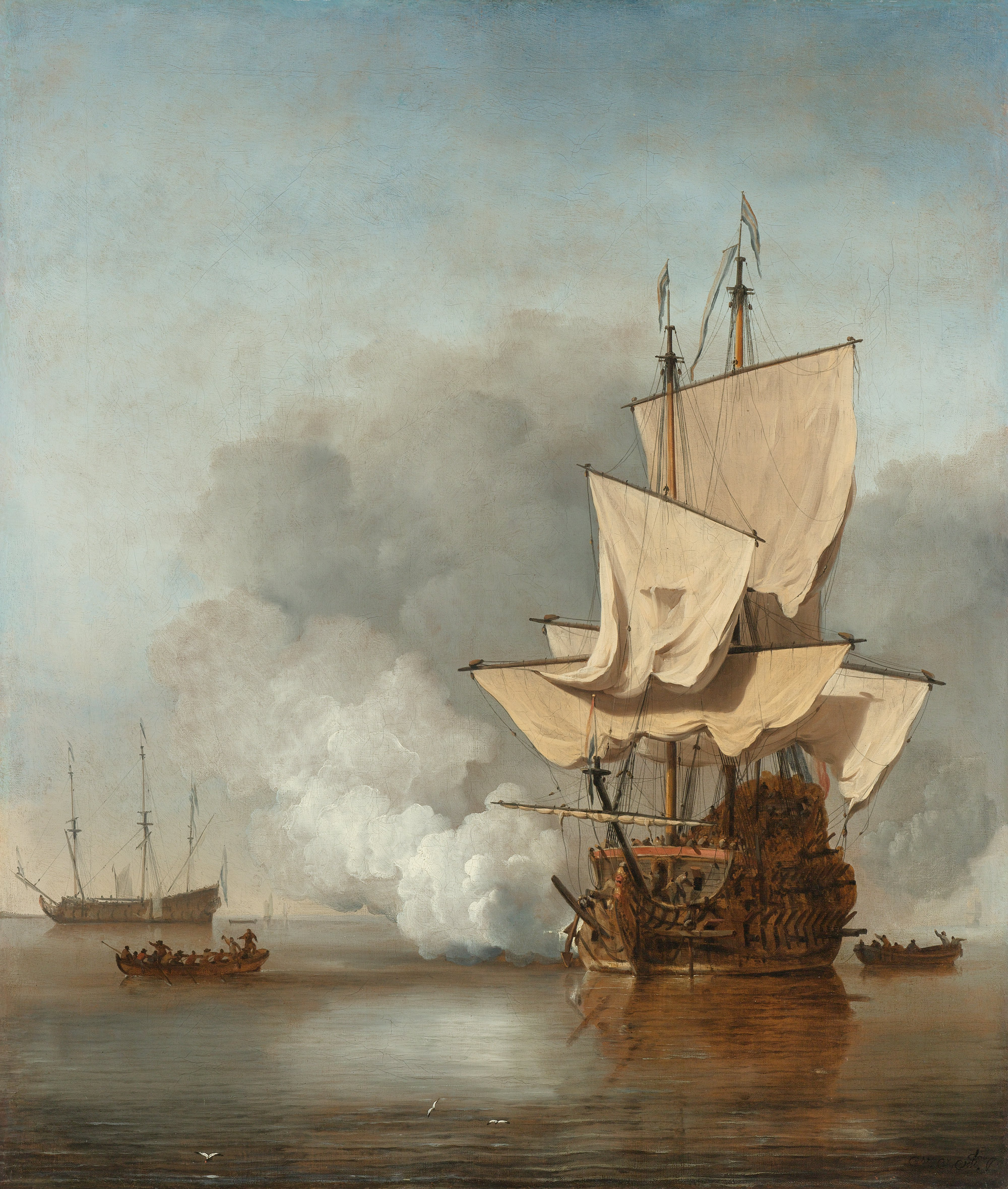 There’s no wind, the sea is flat, and the sails are hanging loose. The canon is shot as a salute and not as an act of war, on the left we can see land in the distance and the small boats a used to row ashore. The salute was a naval tradition where a ship, upon entering a port, would discharge all its guns to show that they were empty. It was a recognised indicator of friendly intent because the reloading process was so time-consuming, the ship was effectively defenceless as it came into range of the shore batteries. A salute always involved an odd number of guns as naval superstition held odd numbers to be lucky, and an even number of guns was fired only in times of mourning.

Despite the friendly intent, we can see -and almost hear- the violence of the shot, visible in the cloud of smoke. Or as the French poet Paul Claudel described it:

“It is as though, at this signal, at this sudden burst of sound in a cloud of smoke, nature itself had paused for a moment: fire! It is a though the sea was listening attentively, and the spectator too. This is one of those paintings you can almost hear rather than see.”