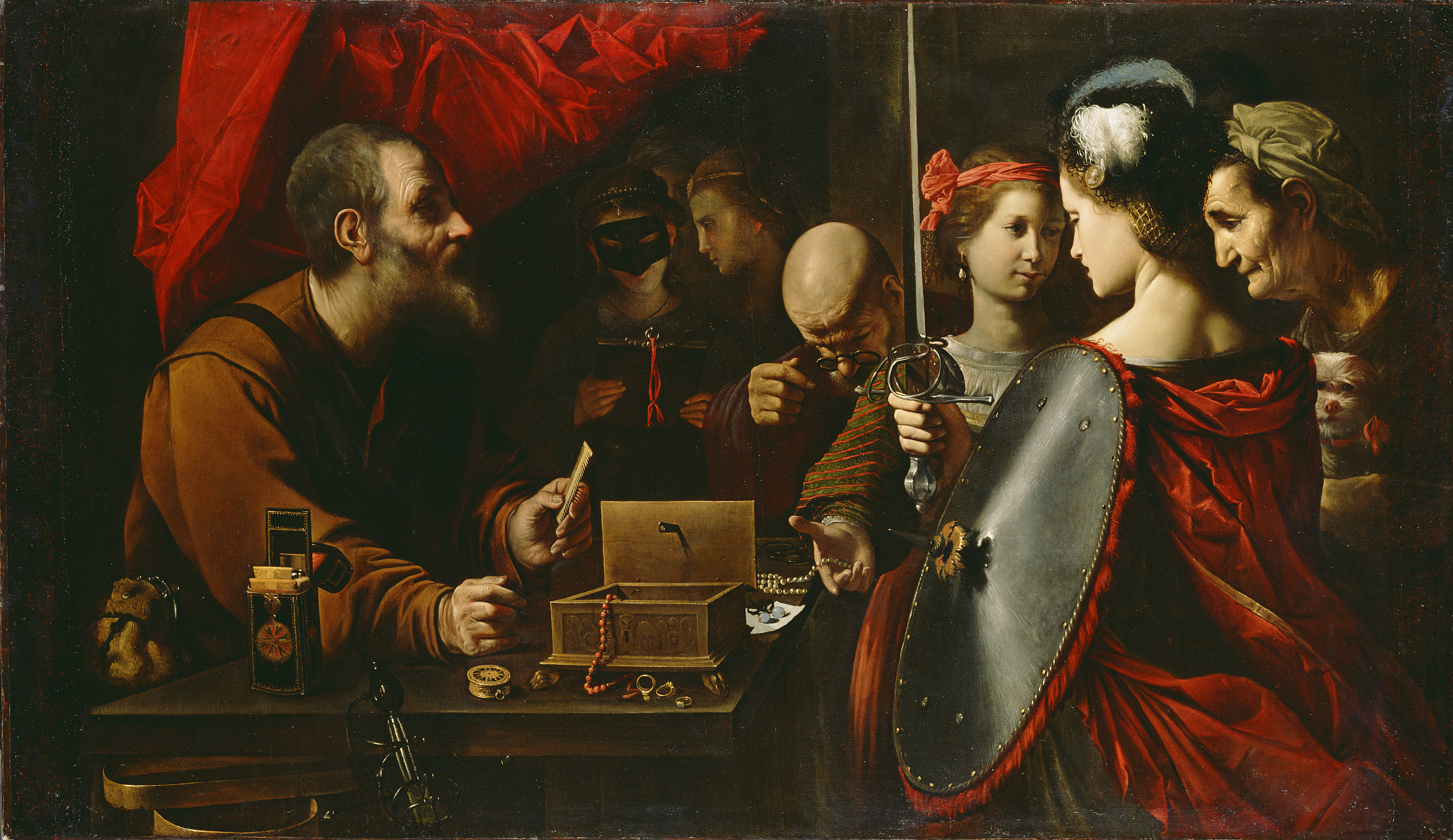 Achilles was the big hero of the Trojan War, but he died at the end of it. His mother, Thetis, knew this would happen and tried to prevent it. There are two versions of how she did this. We all know the first one. She dipped him in the river Styx to make him immortal when he was just a baby. Holding him by the ankles, these never touched the water becoming his weak spot; the well known Achilles Heel and ultimate cause of his death.
The alternative version is less well known. In this, she tried to prevent Achilles taking part in the Trojan War by dressing him up as a girl and hiding him among the daughters of Lycomedes, King of Skyros. Odysseus had heard from a prophet they needed Achilles to win the war and visited the court of Lycomedes disguising himself as someone selling women’s clothes and jewellery. He placed a sword and shield among the women’s goods, and sure enough, these are the items Achilles picks up. Odysseus now knew who Achilles was, convinced him to join the war, which they won but also lead to the death of Achilles (if there’s on big lesson in Greek mythology it is that people can’t escape their fate).

Paolini captures the moment Achilles picked up the sword and shield exposing himself and sealing his fate. He used Caravaggio’s technique of Chiaroscuro (strong tonal contrasts between light and dark) to heighten the dramatic effect and added an abundance of red. The painting is owned by The J. Paul Getty Museum but currently (March 2018) not on display. A pity as it is a beautiful and underrated painting.