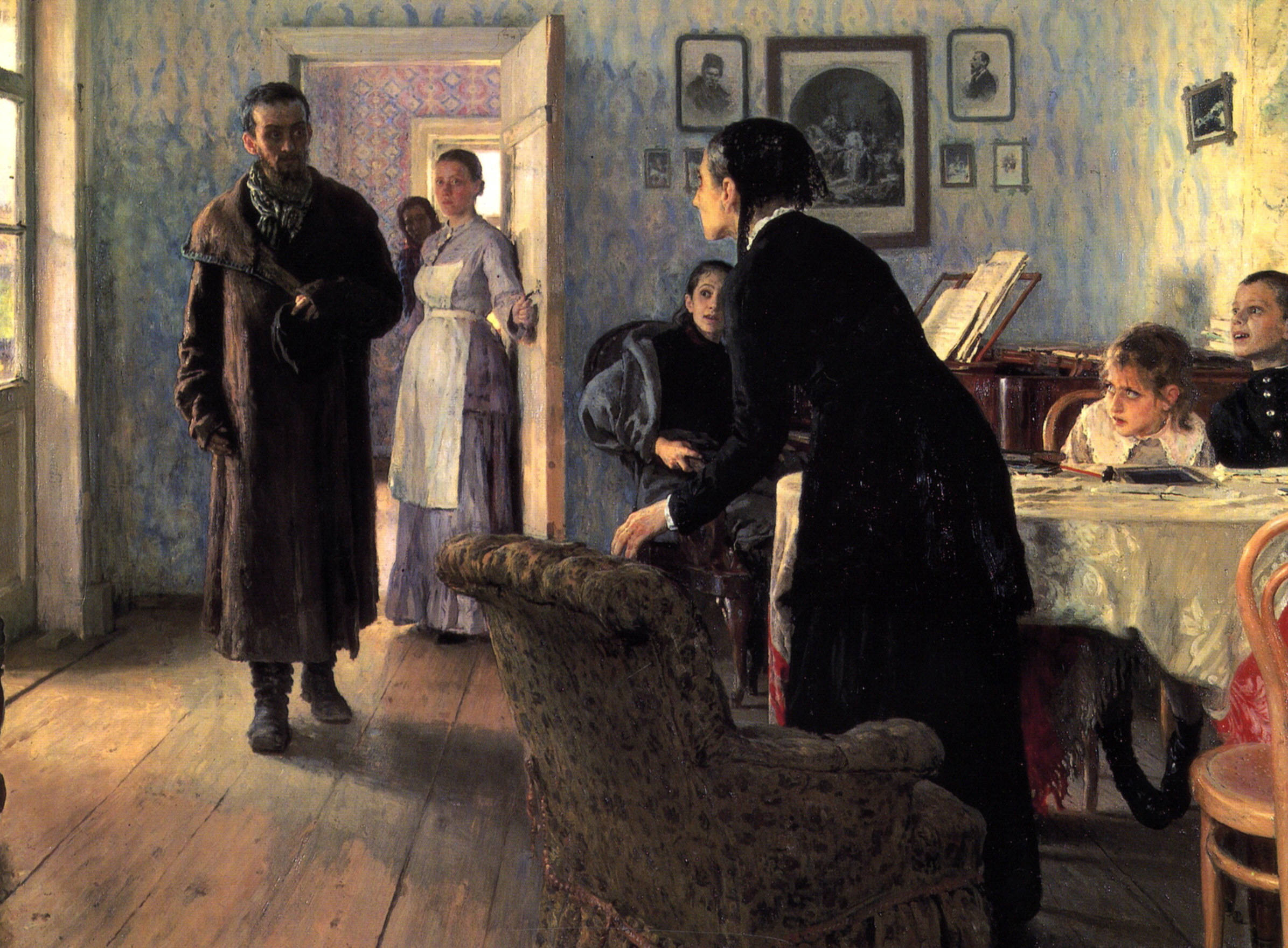 As we saw a couple of days ago with Isaac Levitan’s Autumn Day, Sokolniki Park the end of the 19thth century marked a political troublesome time for Russia. And although the artistic group the Peredvizhnik (‘Wanderers’) Repin belonged to, where social realist, they had to be careful about the social reality they depicted. But they found ways to do it as Repin shows here. The ‘unexpected visitor’ is a man returning from Siberia (where the political exiles were deported to). Most likely the oldest son of the family.
Repin captured the moment the man enters the house and the people inside recognise him, each of them showing a different emotion.
Although we can’t see her eyes, the body posture of the mother – a widow dressed in black- standing up from her chair shows both emotional pain and relief. She is also the focus of the returning man’s eyes.

The boy on the right is happy, recognizing his older brother but the little girl next to him clearly doesn’t know who he is as she looks at the stranger suspiciously. 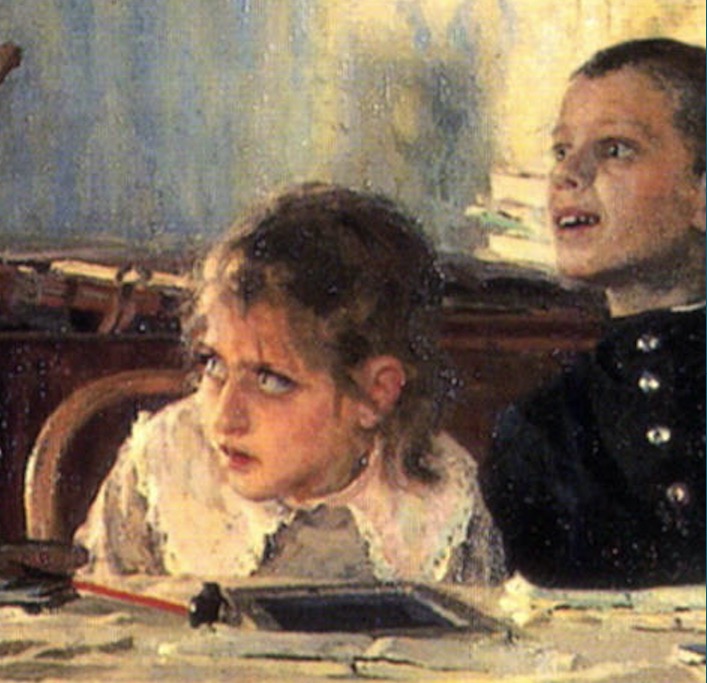 The young woman at the piano grabs her chair, her amazed look at the point of turning into a smile (you can imagine that in just a few seconds she will jump out of her chair to greet him). 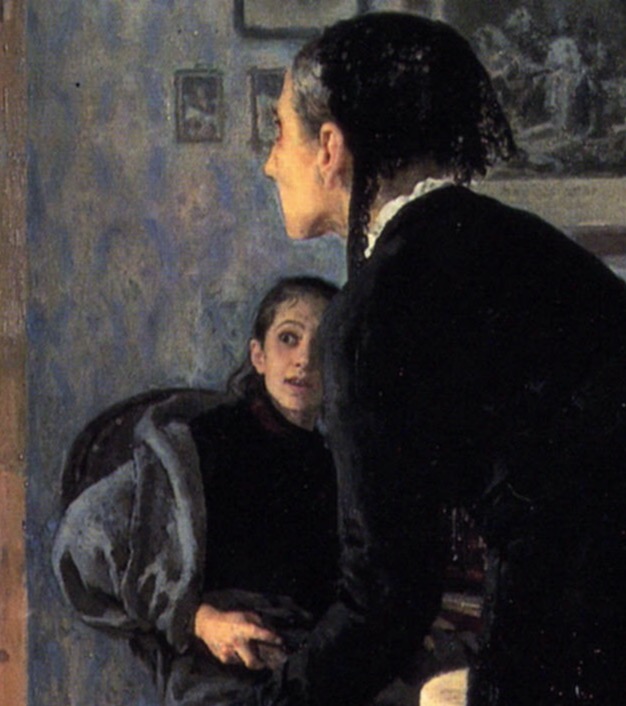 The servant holding the door has a more complicated look as she stares at the man directly. They are about the same age, so they may have been in a (secret) relationship before he was exiled. 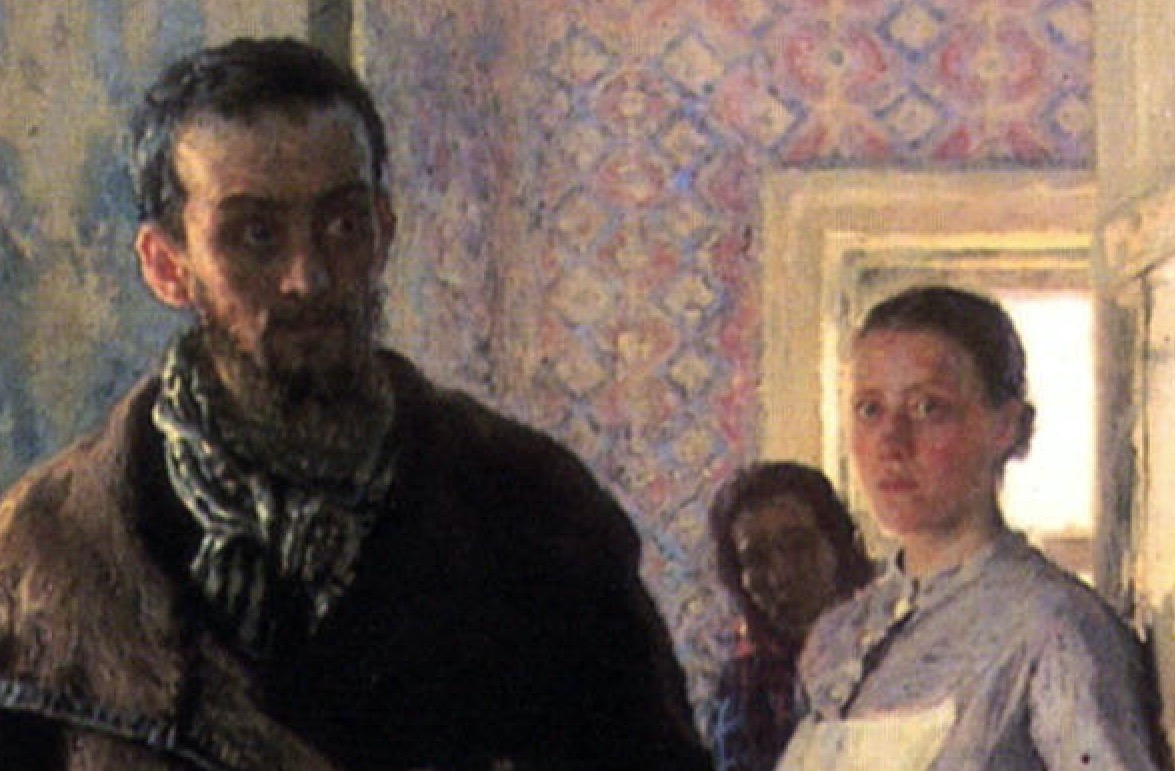