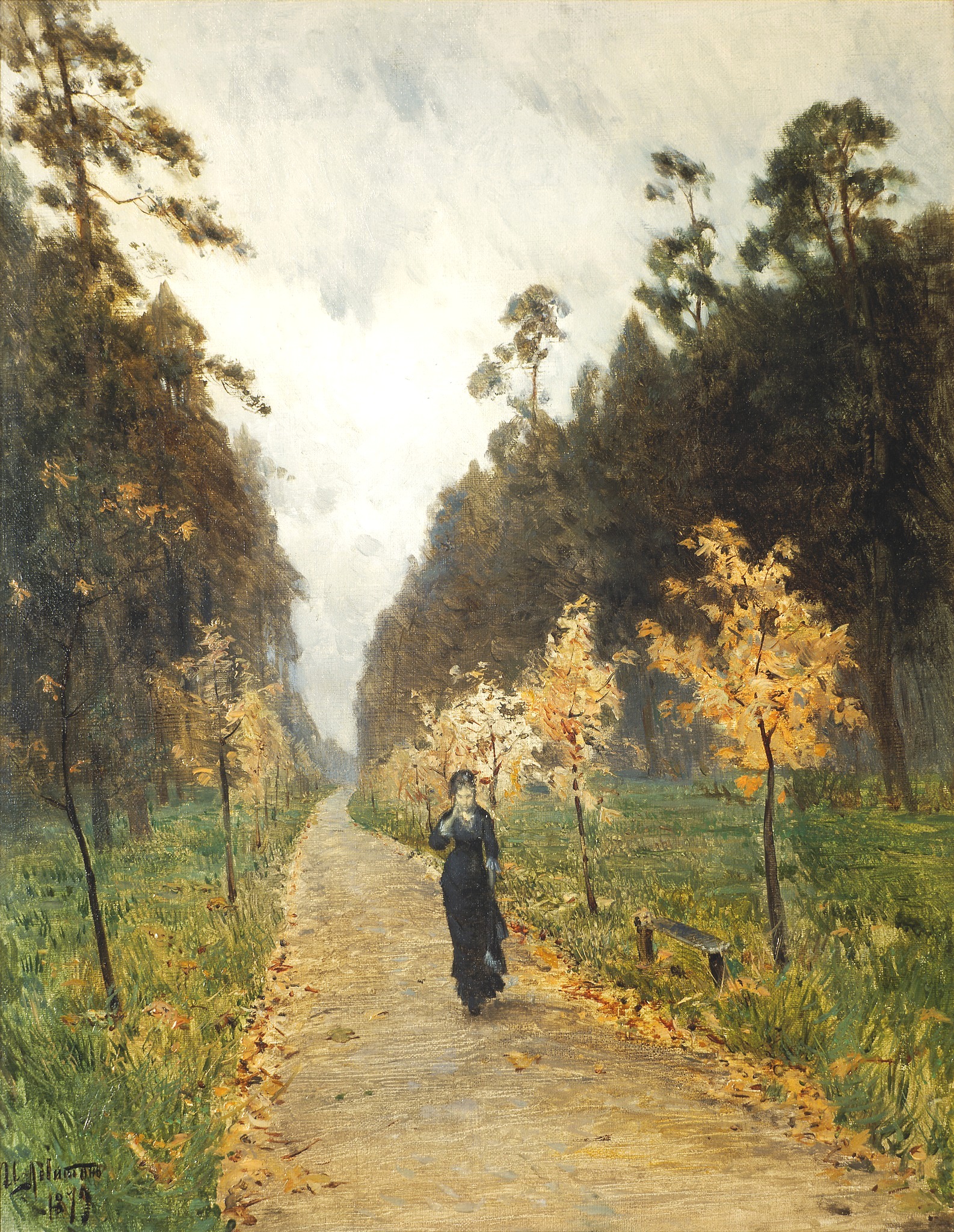 Levitan lived in Moscow, but when after a failed assassination attempt on Alexander II in May 1879 the Russian Empire ordered all Jews out of the city he and his family moved to Saltykovka. After protests, he was allowed to return in the Fall of the same year, after which he made a painting of a woman walking in The Solniki Park (located near Moscow’s centre and it still exists). Levitan was 19 years old when he painted it, and Pavel Tretyakov’s gallery immediately bought it. It was the start of a successful career.