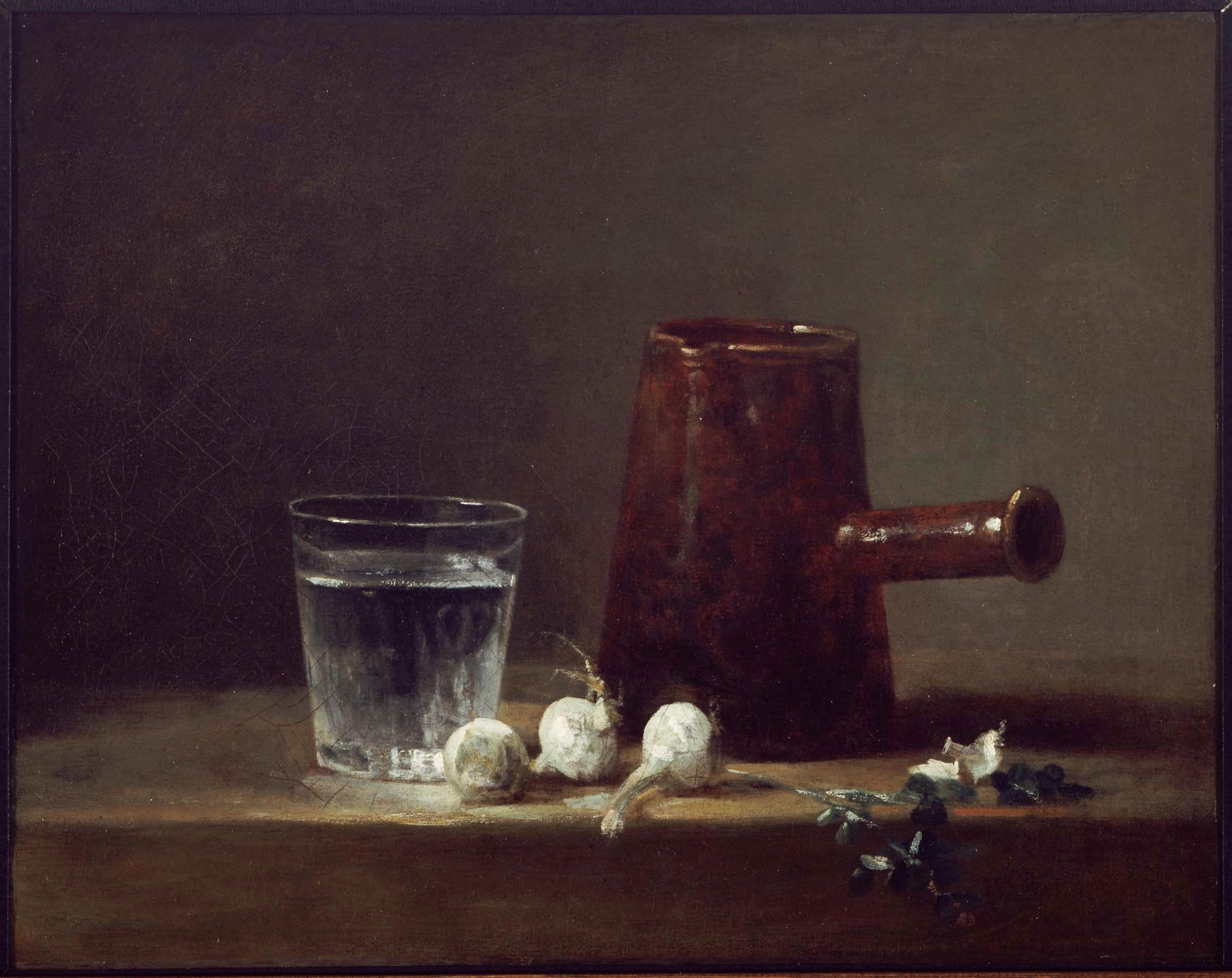 The painting once belonged to the French critic Philippe Burty, whose friends called it “a marvel, this little picture, in which the insignificance of the composition sets off to best advantage the artistic wisdom of the best still-life painter of all the schools.”

Recent radiographs of the canvas revealed that originally it also depicted a basket of wild strawberries, which Chardin covered over to create the present composition. Chardin skilfully used geometry to create a nice and visually pleasing balance between the glass and the pot.

A glass of water, a coffeepot, three garlic cloves and the leaves and tendrils of the garlic plant are all it takes for Chardin to make a masterpiece.