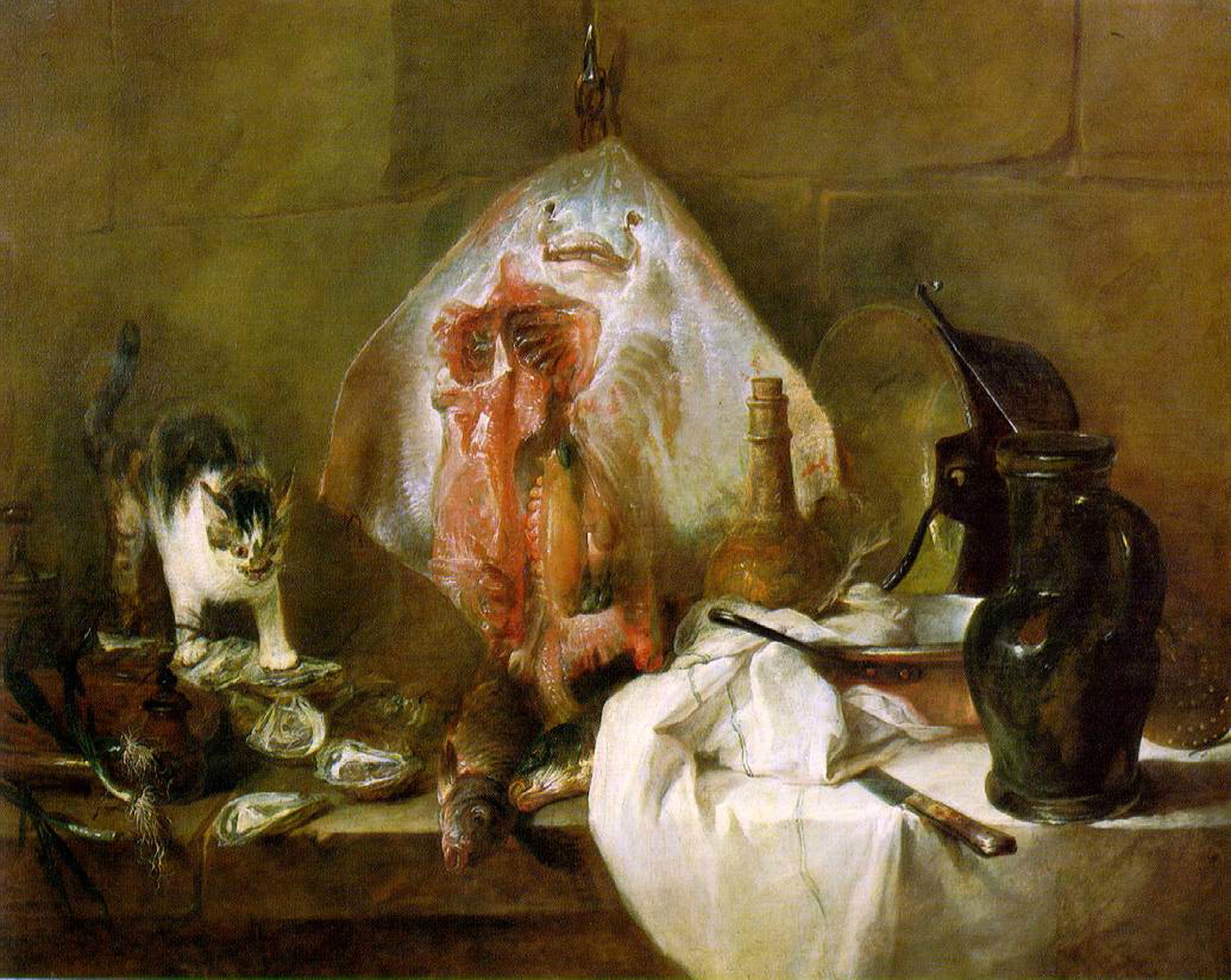 Chardin made this painting some 35 years before yesterdays coffeepot and together with its companion piece The Buffet it marked the beginning of his professional career. Central to the scene is, of course, the ray.

In ‘Chardin: The Essence of Things’ Marcel Proust describes it as follows:

“Above you hangs a strange monster, still as fresh as the sea in which it undulated-a skate; the sight of it blends the hunger of the gourmand with the special charm of the calm or tempests of the sea, whose awesome evidence the fish symbolizes, at the same time that it recalls a memory of the zoo combined with something one has tasted in a restaurant. The skate is cut open, and you can admire the beauty of its vast and delicate architecture, tinted with red blood, blue nerves and white muscles, like the nave of a cathedral in poly­chrome.”

While Proust apparently found it an appetizing sight, later critics found it more unsettling. And rightfully so; its underside is turned towards us so we can see its mouth which together with the gills (they are not its eyes) look like a smiling face. Its bloody entrails are hanging out contrasting with the whiteness of its underside.
Pierre Rosenberg, the director of the Louvre, described in a catalogue for an exhibition at the Met as

“The gutted ray dominates the composition, a hideous, bloodstained fish with a human face, ‘a terrifying face,’ to quote Raymond Queneau.”

The painting already shows Chardin’s eye for composition of form and colour, and it would become an inspiration for 19th and 20th-century painters like Van Gogh, Cezanne, Soutine, and Matisse (the last two both made their own version of it).