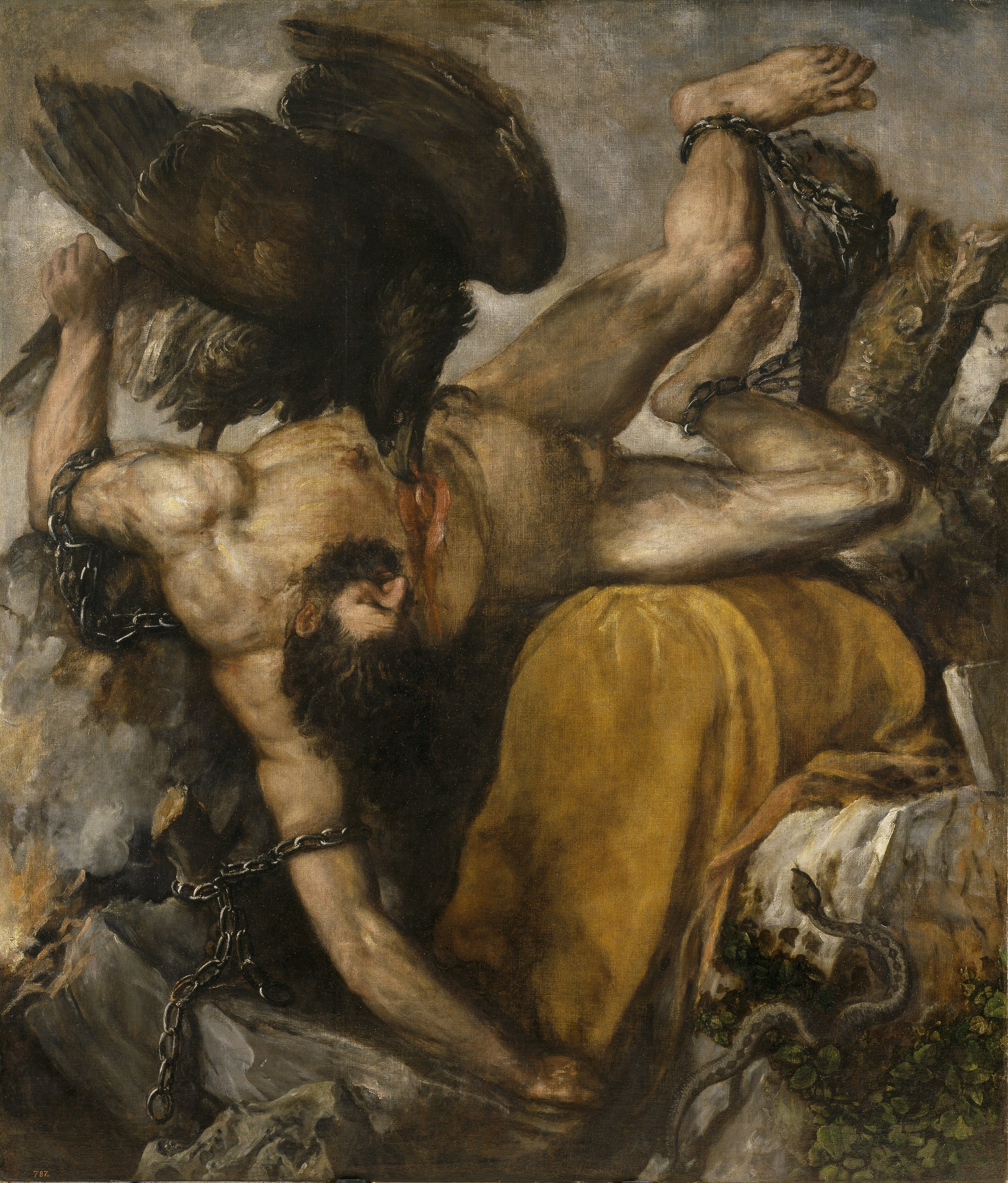 When Odyssey visited the underworld he not only saw Sisyphus but also Tityus:

“I saw Tityos also, son of the mighty goddess Gaia; he lay on the ground, his bulk stretched out over nine roods (plethra). Two vultures, one on each side of him, sat and kept plucking at his liver, reaching down to the very bowels; he could not beat them off with his hands. And this was because he had once assaulted a mistress of Zeus himself, the far-famed Leto, as she walked towards Pytho through the lovely spaces of Panopeus.”

Mary of Hungary had commissioned Titian to paint four paintings depicting the punishment of sinners in Hades. Besides yesterdays Sisyphus and this Tityus, he also painted Tantalus and Ixion, but they are now lost.

Mary hung them all in the Great Room in the Palace of Binche together with some other paintings. That must have been an impressive sight, and it was certainly meant to be so. She wanted to show the destiny of those who rise up against their legitimate ruler, comparing the challenge to the gods with that of the German princes to the emperor.
Like with the Sisyphus, Titian took some artistic freedom; instead of two vultures, he painted one eagle and again added a serpent and fire to the scene to make it look more like the Cristian hell.