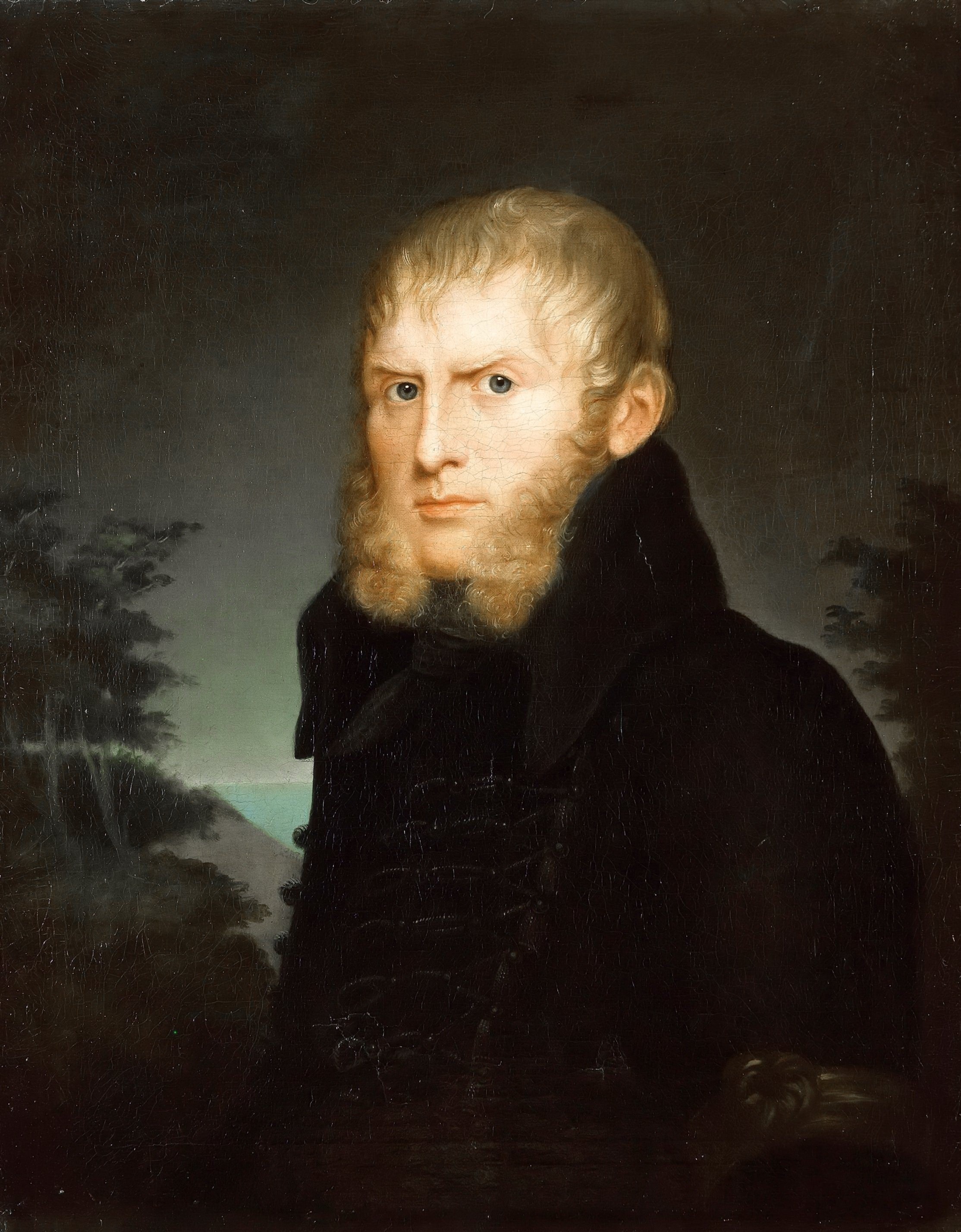 This is not about Carolina Bardua – a German painter who made primarily portraits – but about who she painted. Caspar David Friedrich was the leading proponent of 19th century (German) Romanticism. Bardua became acquainted with Friedrich when she worked as an apprentice in Dresden. At the time of the portrait (1810), Friedrich had completed his first major paintings but he was still unknown as a painter.
Just look at his portrait where the mood is set by the darkness, the vague outline of trees in the background, and the glimpse of water lit by the moon. Friedrich himself completes the picture, wearing a thick black coat which accentuates his face with his piercing eyes.
This is the man who would become the most celebrated Romantic painter and who is still very popular today.