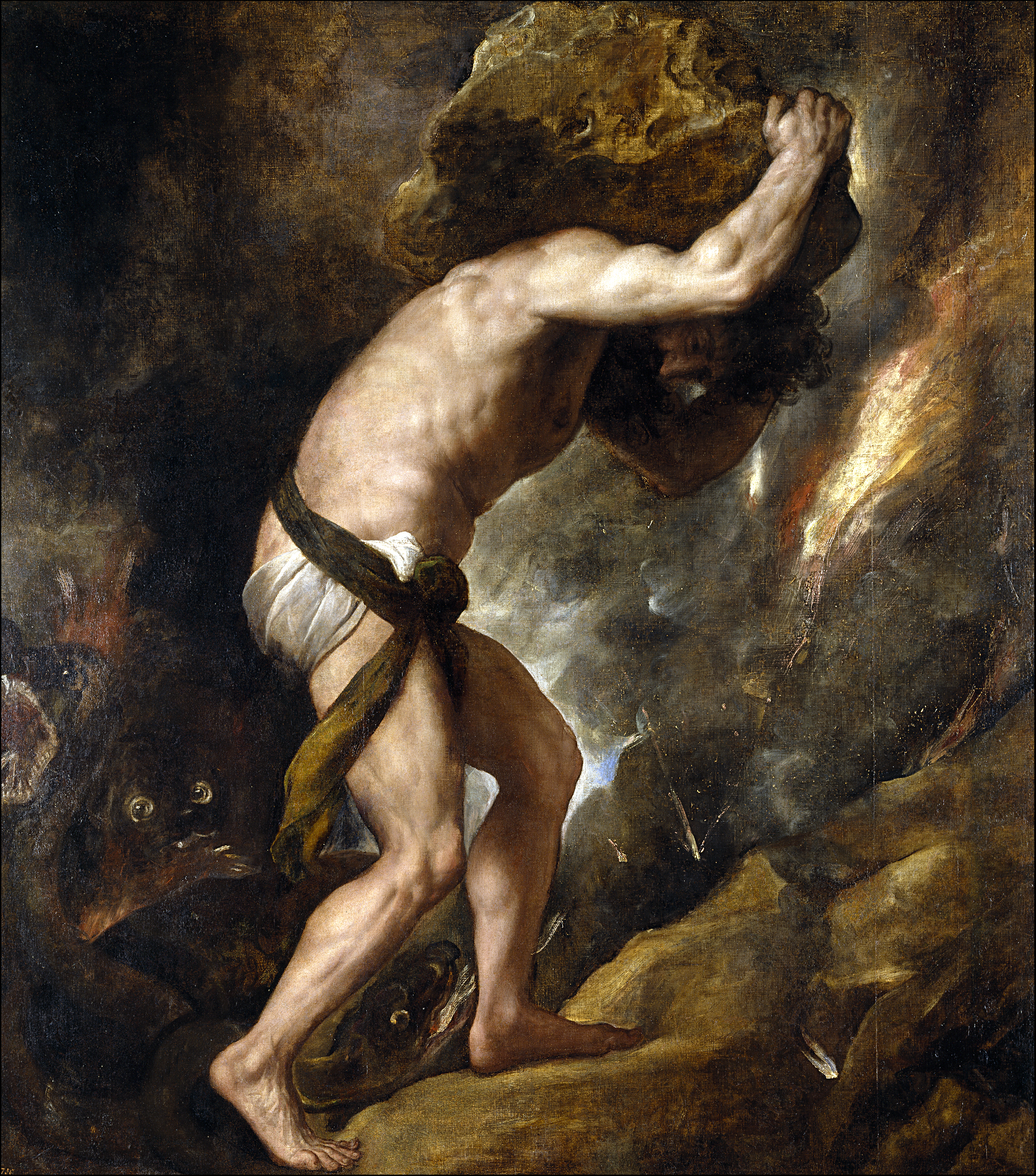 King Sisyphus had tried to trick the Gods on numerous occasions and even cheat death (he failed), and Zeus decided to punish him in the afterlife. He was forced to throw a stone upon a hill but Zeus had enchanted it so it would always roll back down again. Homer lets Odyssey describe the scene as follows:

“Aye, and I saw Sisyphus in violent torment, seeking to raise a monstrous stone with both his hands. Verily he would brace himself with hands and feet and thrust the stone toward the crest of a hill, but as often as he was about to heave it over the top, the weight would turn it back, and then down again to the plain would come rolling the ruthless stone. But he would strain again and thrust it back, and the sweat flowed down from his limbs, and dust rose up from his head.”

Titian made the painting as a commission for the Habsburger Mary of Hungary who hung it in the Great Room in the Palace of Binche. He also added elements which are not mentioned in the myth itself; the two monsters on the left, the serpent at Sisyphus feet, and the flames and lava which fall from the mountain peak. These additions add a Christian element (hell) to the scene and make Sisyphus task seem even harder.