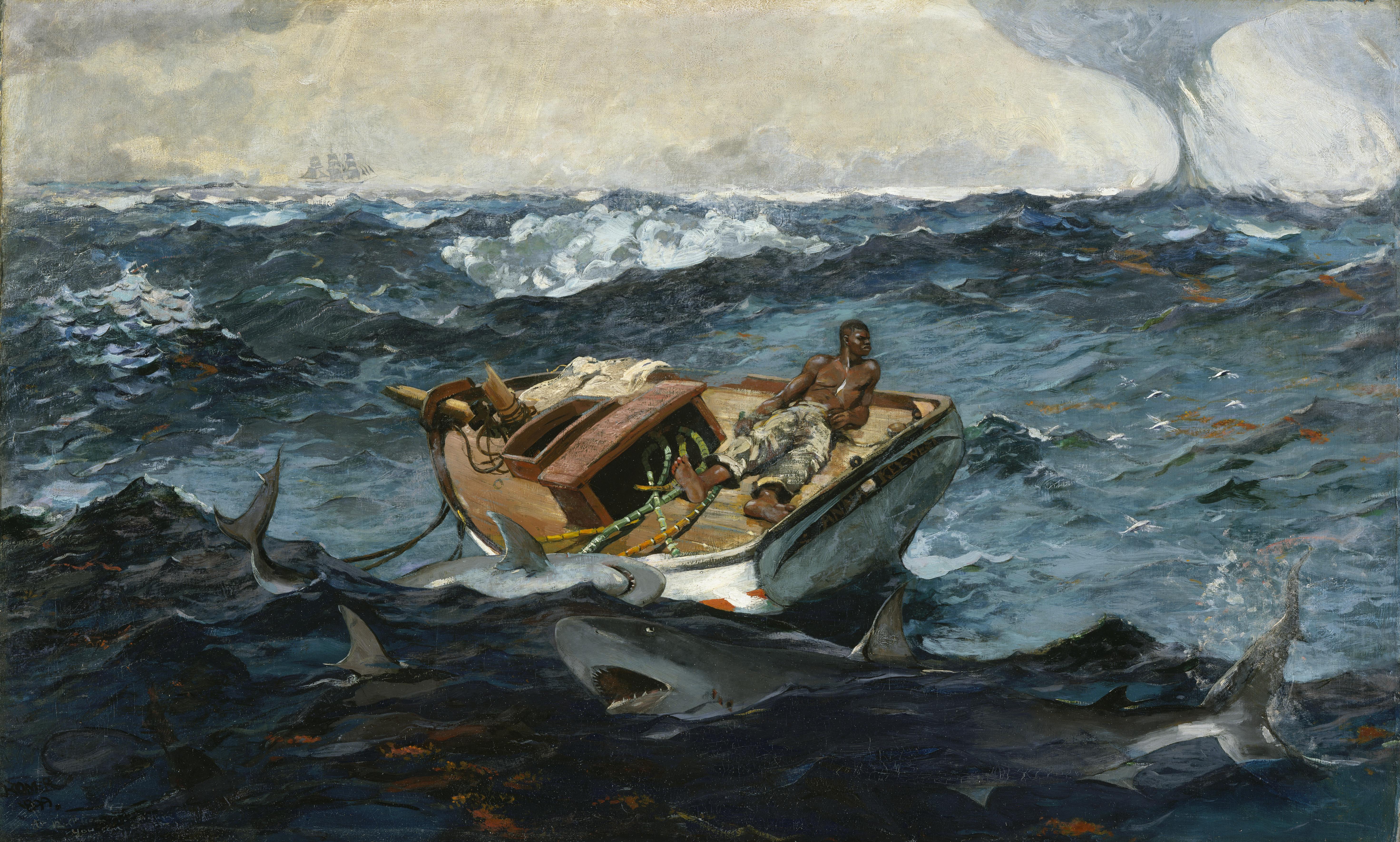 When asked what the painting was about Homer replied:

“I regret very much that I have painted a picture that requires any description….I have crossed the Gulf Stream ten times and I should know something about it. The boat and sharks are outside matters of very little consequence. They have been blown out to sea by a hurricane. You can tell these ladies that the unfortunate negro who now is so dazed and parboiled, will be rescued & returned to his friends and home, and ever after live happily.”

The fascinating thing about the painting is that the man doesn’t look like a typical castaway (see detail); he doesn’t pay attention to the state of his broken ship, the sharks that surround it, the flying fish (see detail) or even the large ship on the horizon that could rescue him. This may be due to the fact that it was changed after it was painted in 1899 (see the photo for the original).

After a 1900 exhibition, Homer modified it: “I have painted on the picture since it was in Philadelphia and improved it very much (more of the Deep Sea water than before).” He did more than changing the sea, however; he added the boat on the horizon, the sail, broke the gunwale (visible in the detail of the man) and added the red stripe just above the sealine.
It is a beautiful painting, and the last one he made on the subject.