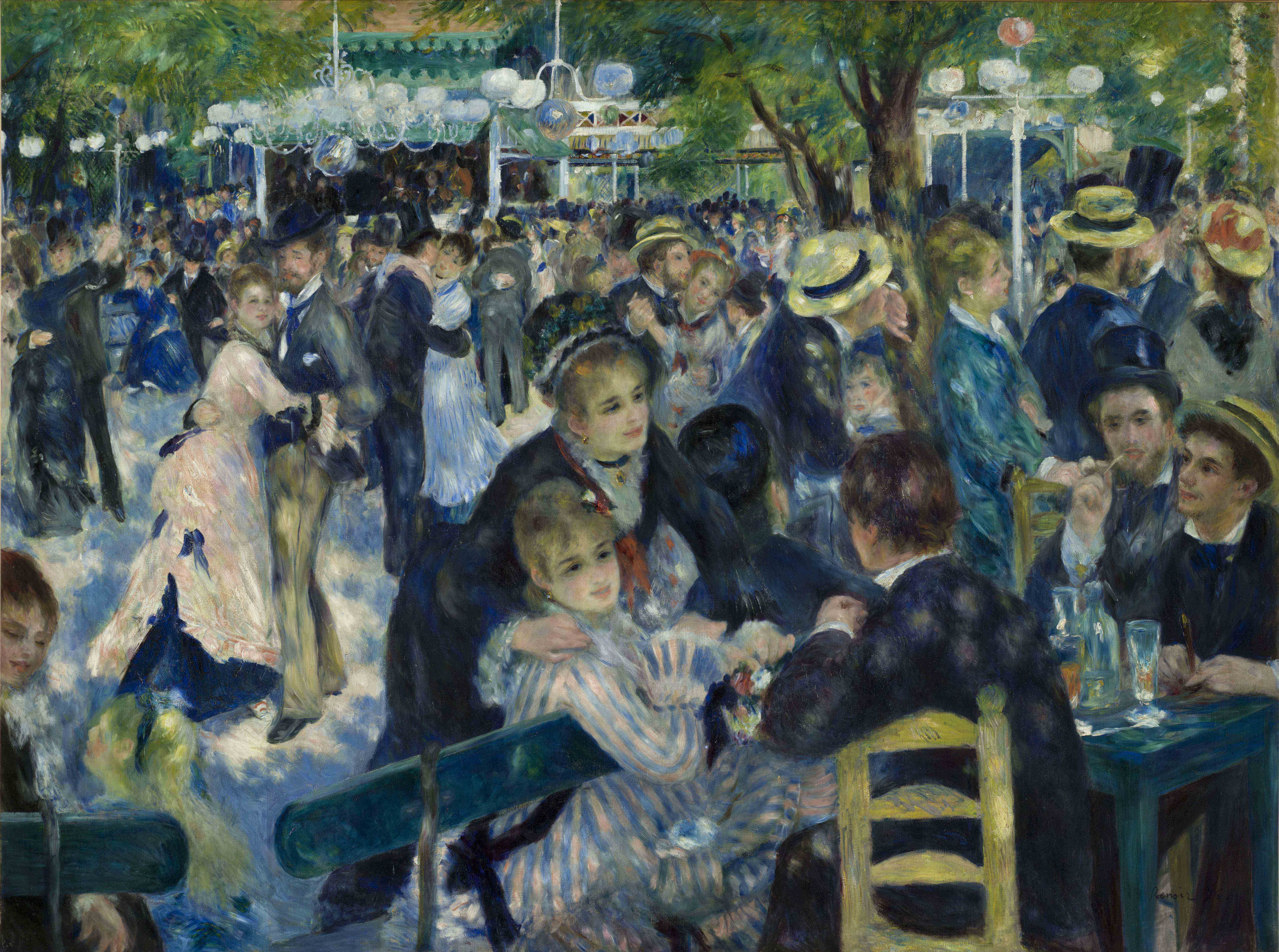 Almost 35 years before yesterdays self-portrait, Renoir painted Bal du Moulin de la Galette. It depicts a typical Sunday at the Moulin de la Galette, a windmill located in the Montmartre district of Paris. The mill grounded flour from which a brown bread, Galette -hence the name- was made. At the end of the 19th century, it was a popular place for Parisians to go dancing, drinking, and eating.

Van Gogh and Pisarro also painted the mill, but this one by Renoir is the most famous, and it is easy to see why. Renoir was at the height of his career; he had rented a studio nearby and painted it on the spot. Renoir’s friend Georges Rivière describes in his memoirs the wind constantly threatened to blow the canvas away, as it was quite large: 131 cm × 175 cm (52 in × 69 in).

I love the colors and the use of light and shadow. The outtake clearly shows how Impressionism got his name: the dancing couple is fairly detailed, but the surroundings are impressions of people and movement brought to life with color and brushstrokes. 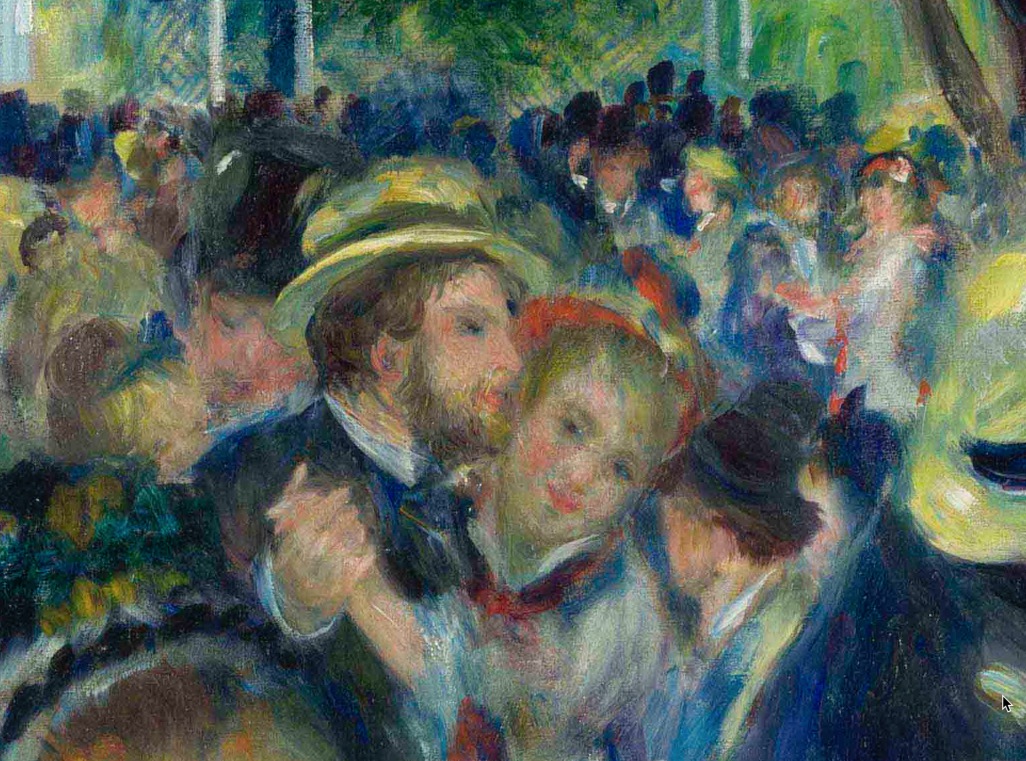