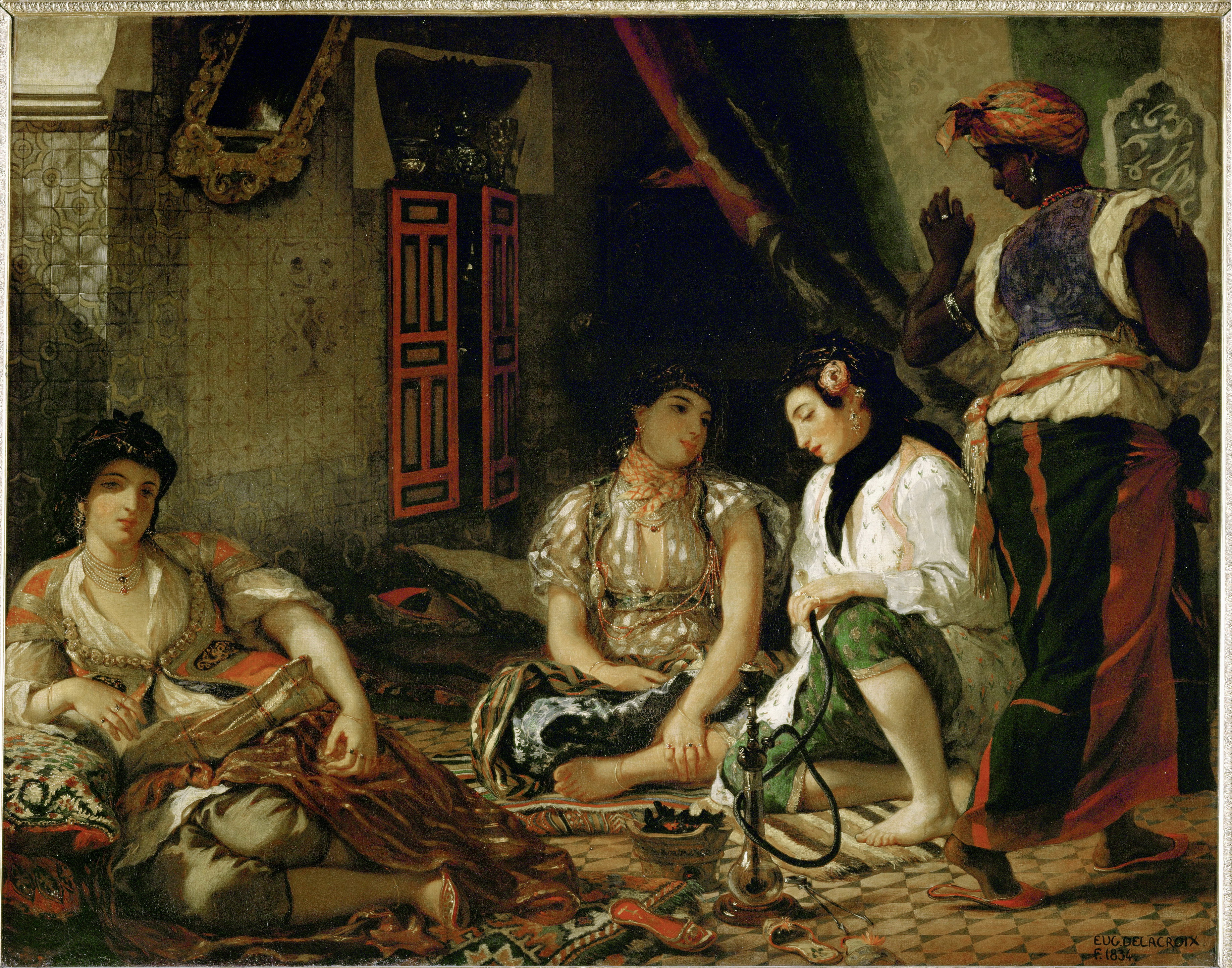 Delacroix was a Romantic painter with a longing for the exotic. He visited Spain and Morocco shortly after the French had conquered Algeria and was entranced by the people and culture of North-Africa. He produced more than 100 paintings on the subject and became a primary example of Orientalism. He made the sketches for this painting when he visited Algiers on his way home. The Louvre gives some excellent background information, worth mentioning in full:

“According to Philippe Burty (who drew on the accounts of the Comte de Mornay and Charles Cournault), Delacroix was granted his wish to enter a Muslim harem with the help of port engineer Victor Poirel. The term “harem” refers to the part of the house where the women of the family lived in seclusion; to avoid the possibility of intimate relationships, men—including family members—required permission to enter. The ambiguity surrounding Delacroix’s experience is maintained by the fact that he made no mention of children or of the situation and status of the harem’s occupants.

After lengthy consideration, he selected only two of the women he had sketched in the harem: Mouni Bensoltane, who had posed twice in different positions, was used for the voluptuous figure in the left corner, leaning on one elbow and facing the viewer; Zohra Bensoltane is the woman sitting cross-legged in the center, her face turned three quarters as she calmly converses with her companion on the right. A certain mystery shrouds these women, who may have been sisters, cousins, or wives of the same man.

Were they Muslims? Their Arabic names are not sufficient proof. Their sarouel pants (not traditional garb for Jewish women) provide better proof, as does the cursive phrase “Muhammad rasul Allah,” hastily inscribed on the ornately framed blue and white faience panel—though Delacroix may have added this afterwards. On the wall to the right of the mirror in Interior in Algiers (a watercolor in the Louvre), there is a vague sketch of the prophet’s sandals—a popular hagiographic icon, frequent in the homes of Muslim notables… but this may also have been a later addition.”