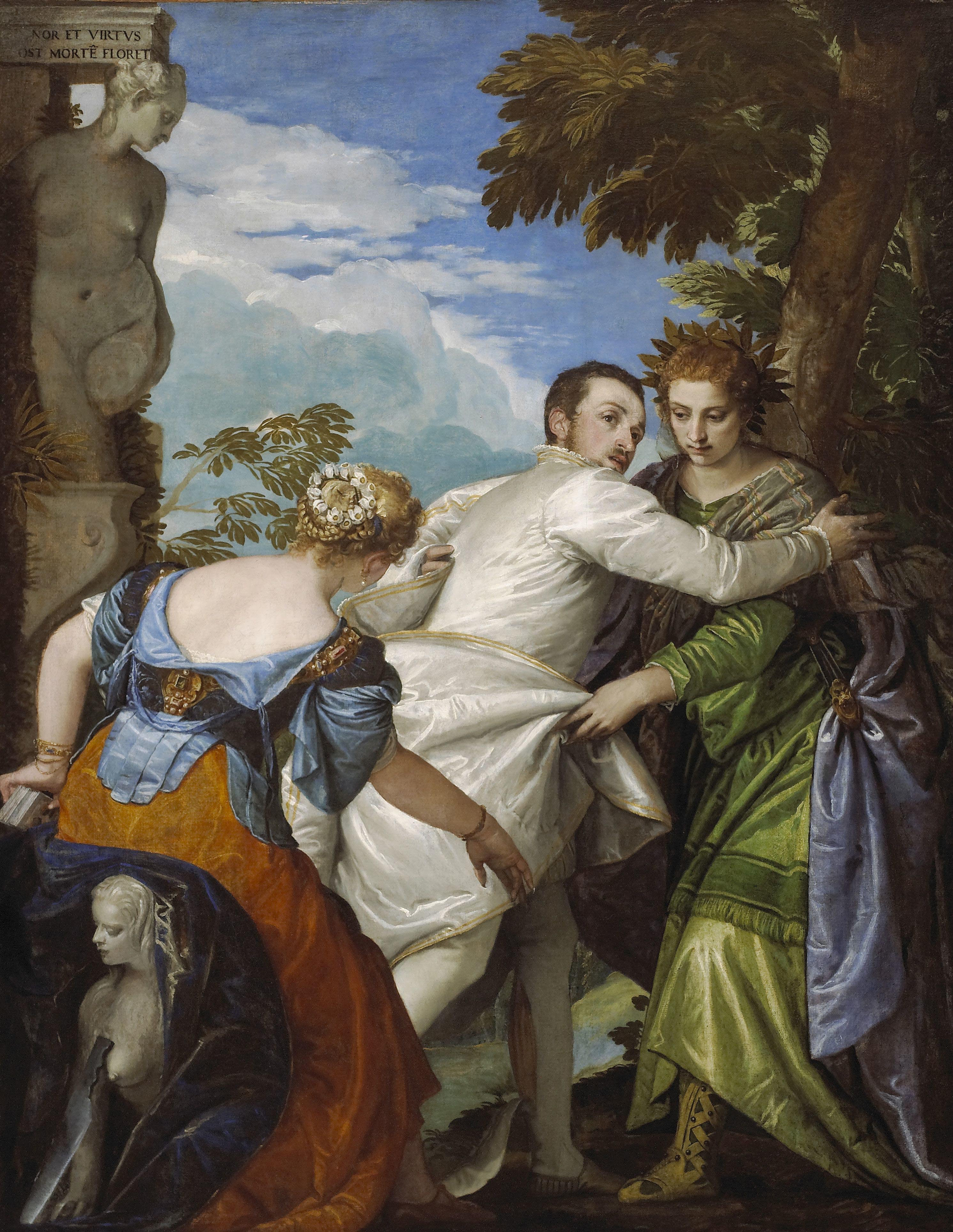 Like yesterday’s painting, this one is dated at around 1565. Veronese placed the story of Hercules -who had to choose between a life of vice or virtue- in a modern Venitian setting as the contemporary costumes show.

On the left, we see Vice. Even with her back towards us, she is clearly the more beautiful of the two women. Just look at her colorful and richly decorated dress revealing her naked back, the golden jewels she wears, the pearl earrings and the crown in her hair. But she also holds a pack of playing cards in her left hand (even then a symbol of idleness and vice), and under her dress, we see a marble sphinx (a symbol of lust) and a big knife referring to (an early) death.

As we can see in the detail picture, her right hand is more of a claw and, as the man’s torn trouser and bloody leg show, escaping from her unharmed isn’t easy. But he tries; attempting to grab Virtue by the shoulder, who in turn has a firm grasp on his clothing, trying to pull him away from vice.
Her dress is plain, she wears no jewelry and has a simple crown of Laurel (her footwear – see the detail- is beautifully made though), making her not the most obvious choice. But read the inscription in the top left corner: (ho)NOR ET VIRTUS (p)OST MORTE FLORET: Honor and Virtue Flourish after Death.
The message is clear: the path of Vice may seem an attractive choice in life, but in the end (literally), Virtue (and honor) will be the most rewarding path to take. 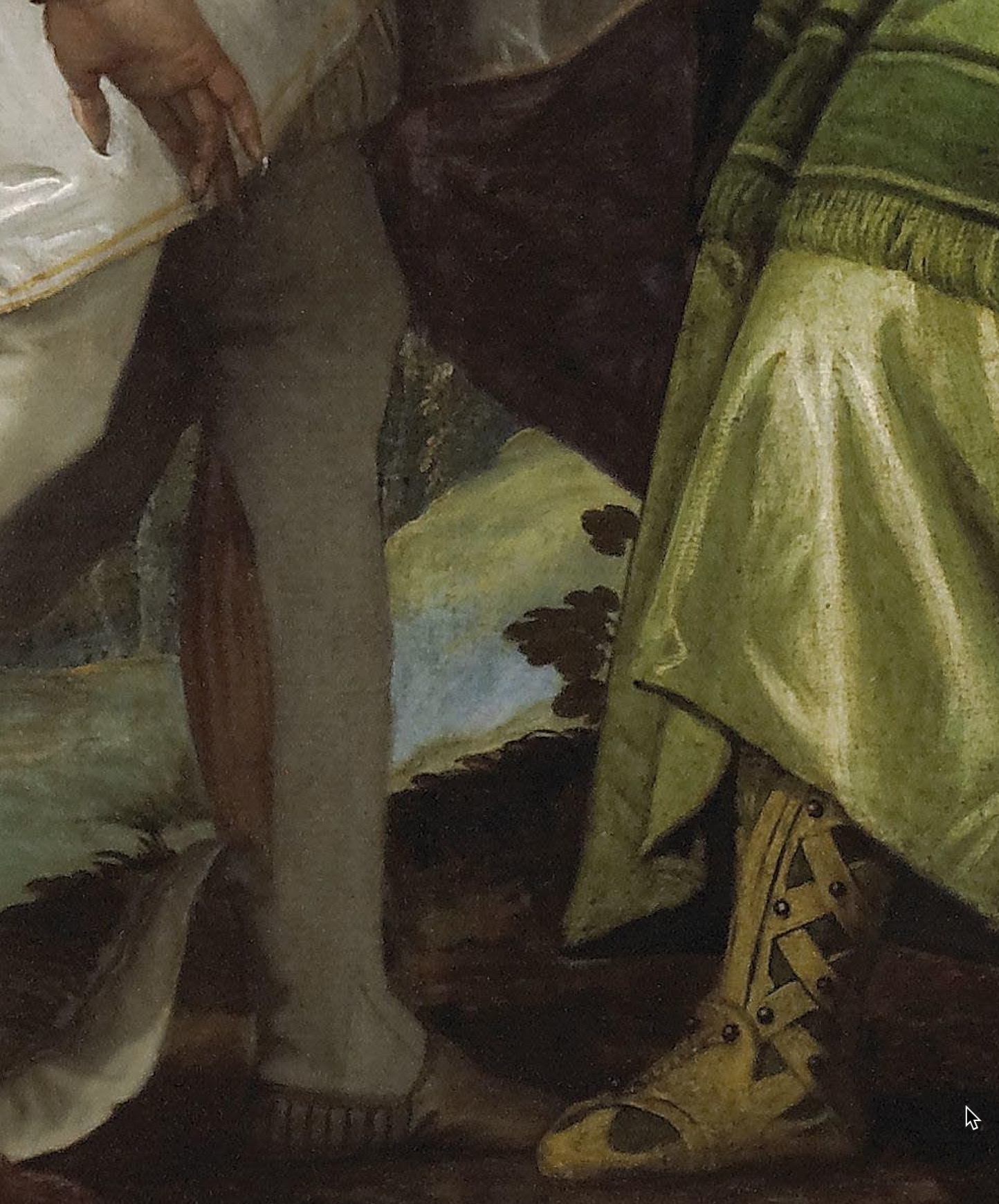