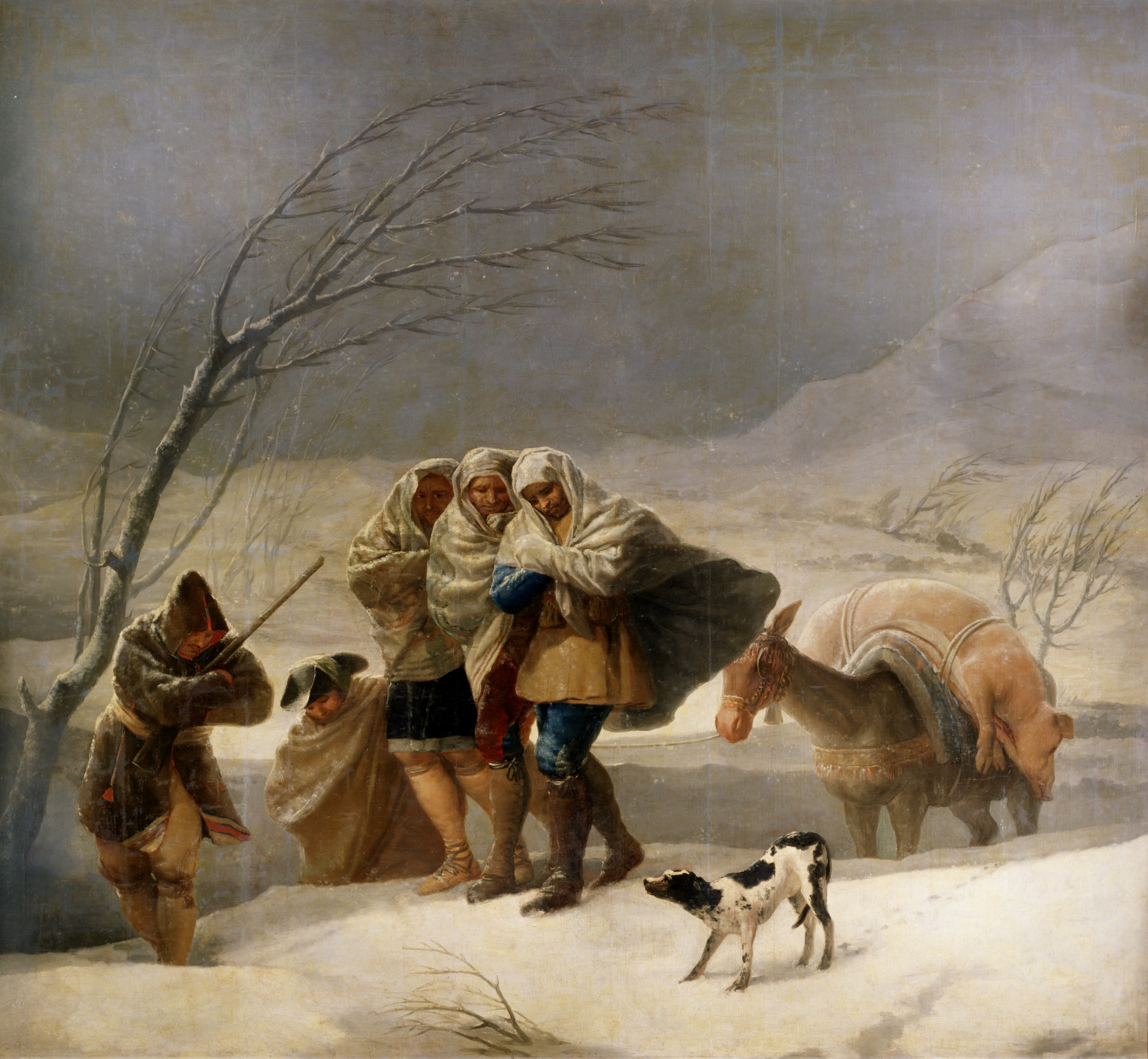 Goya made a series of paintings for the four seasons. For winter he chose a snowstorm. Nothing romantic about it; as always he painted a harsh reality.
A small group of people walks through the snow bowed down against the strong wind. The weather must be really bad as even the little dog has its tail between its legs.
At first glance, the cold seems a minor inconvenience. They have a (slaughtered) pig on the donkey so there will be enough to eat when they get home.
But as the site of the Prado, we see not one but two different groups. The three poor farmers on the right, who have nothing and the two richer people on the left who own the donkey and the pig.
When you look closer this makes sense; the two men are better dressed against the cold weather and the donkey isn’t a typical work donkey (it has various ornaments).
The three farmers on the other hand use blankets to protect them from the snow and the farmer on the left has bare knees.