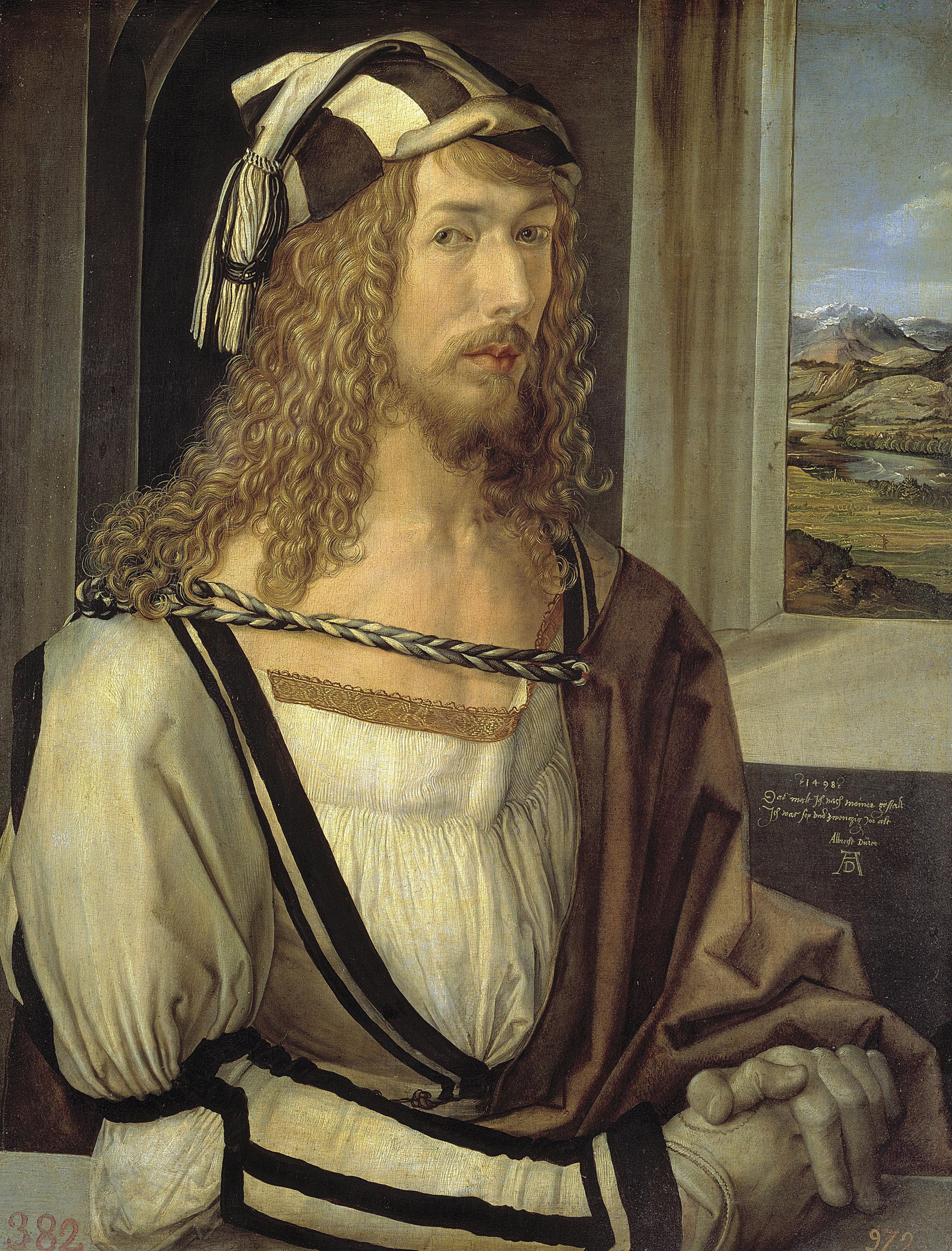 The German painter Dürer has made three self-portraits, and this is the second one, made when he was 26. He made dating it very easy by adding an inscription which reads “Das malt ich nach meaner gestalt / Ich war sex und zwenzig Jor alt / Albrecht Dürer” (I painted this from my own appearance; I was twenty-six years old).

Dürer had already made a name for himself with his high-quality woodcuts. And his famous Apocalypse woodcuts were made in the same year as this portrait.

He painted this self-portrait when he was in Italy (at that time the place-to-go for all aspiring painters). As Wikipedia puts it “Dürer haughtily elevates himself to the social position he believed suited to an artist of his ability (…), he is depicted bearing an arrogant, cocky expression which betrays the assured self-confidence of a young artist at the height of his ability.”
As a fun fact: this painting is used in a Playmobil set also including Dürer himself as a figure (still sold at Amazon).