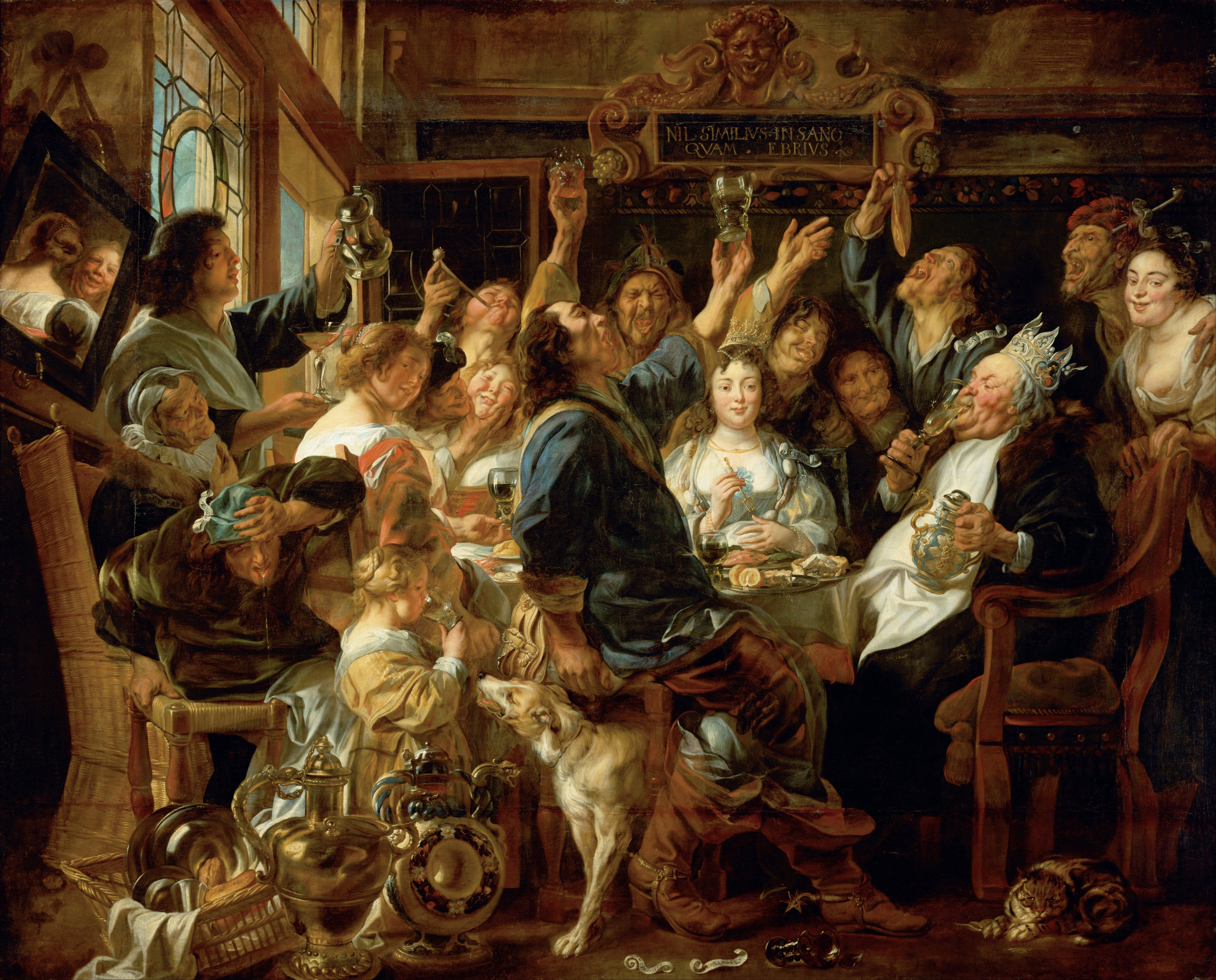 A short break from Bosch. Today is Epiphany (‘Drie Koningen’ in Dutch). As with many festivities (former) pagan rituals were mixed with it during the middle ages.
One of these was the bean feast; people baked a cake or bread (a ‘conicxbrood’) with a bean baked in it. Whoever got the bean in his or her piece of bread would be ‘king for a day’. Needless to say, the feast resulted in a lot of eating and drinking. Jordaens painted several version of the feast. In this one, everyone is drinking, eating or smoking and the feast clearly has been going on for a while.
Even the little girl is drinking while the dog watches her. The man next to her is a doctor and already drank (or ate) too much and is throwing up. The cat lying in the right corner is eying the scene suspiciously, ready to make a run for it.