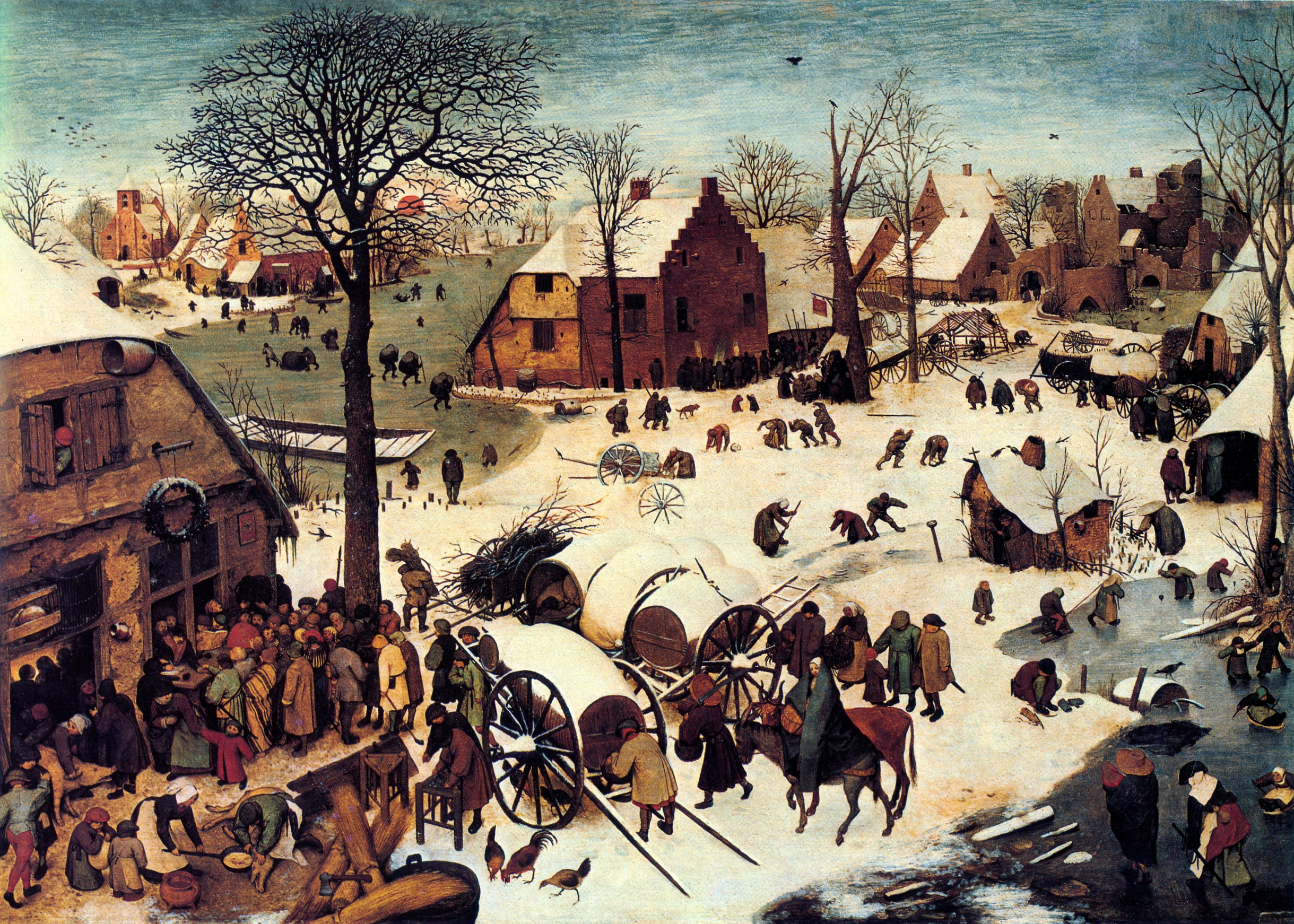 “And it came to pass in those days that a decree went out from Caesar Augustus that all the world should be registered… So all went to be registered, everyone to his own city. Joseph also went up from Galilee, out of the city of Nazareth, into Judea, to the city of David, which is called Bethlehem, because he was of the house and lineage of David, to be registered with Mary, his betrothed wife, who was with child.”

Bruegel placed the scene described in Luke 2:1-5 from Bethlehem just before the birth of Jesus to a (nameless) Flemish village in the second half of the 16th century.
Like in many of his other paintings there is much to see. Soo much in fact that without knowing the title it is easy to miss Maria arriving on a donkey in the bottom middle of the painting. On the right people are playing on the ice and on the left they are slaughtering in left while others are gathering around the census. If you ever have the chance, go see it in the Royal Museum of fine arts in Brussels.