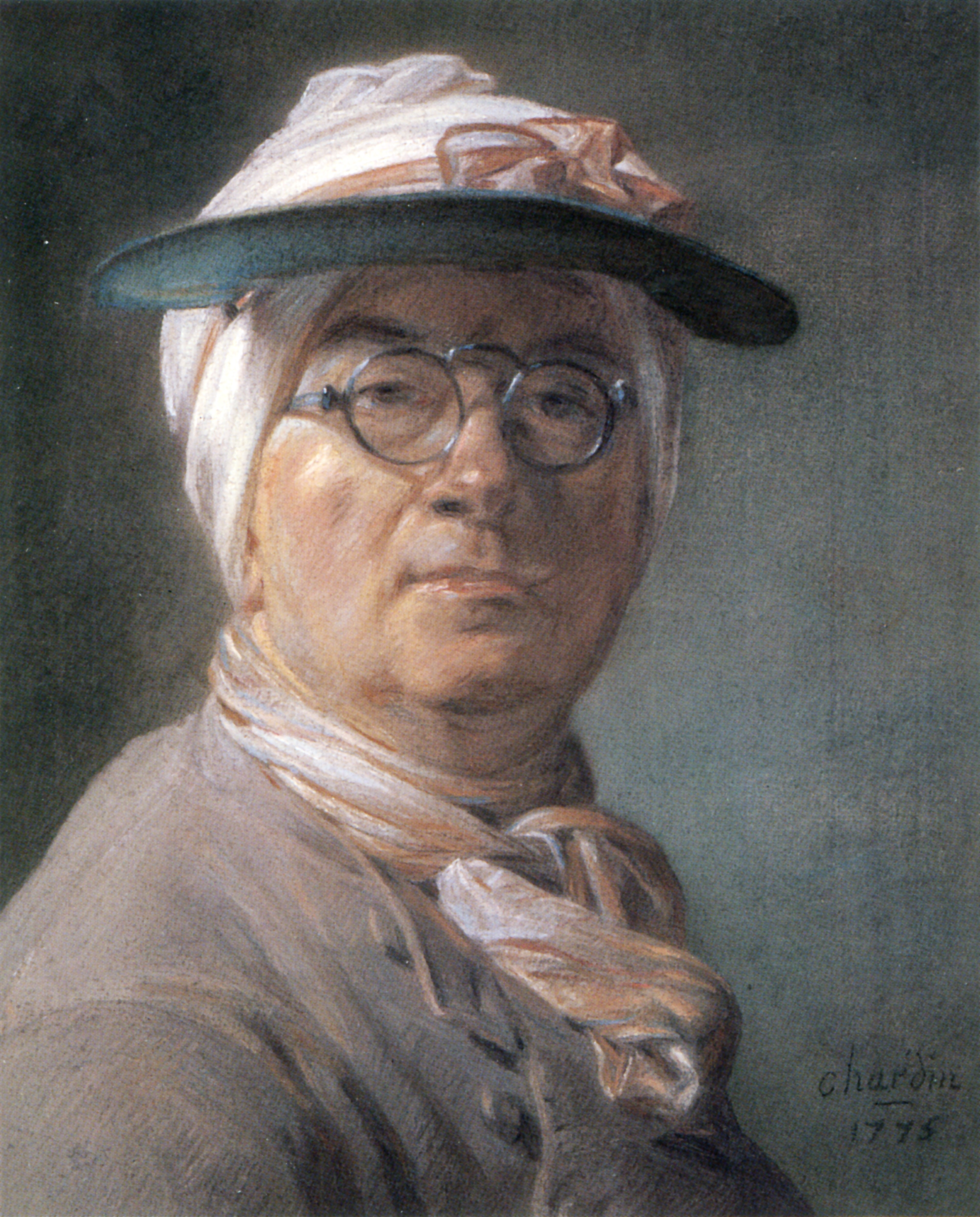 Almost 50 years after he made ‘Bowl of Plums’ we saw yesterday, Chardin made this self-portrait. By this time the taste in art had changed, and he received fewer commissions. His eyesight had become worse, and he was forced to work in pastel. This self-portrait is the best example of his pastel worked. He died in 1779 in Paris and in obscurity. Like so many painters his work became more appreciated long after he died.