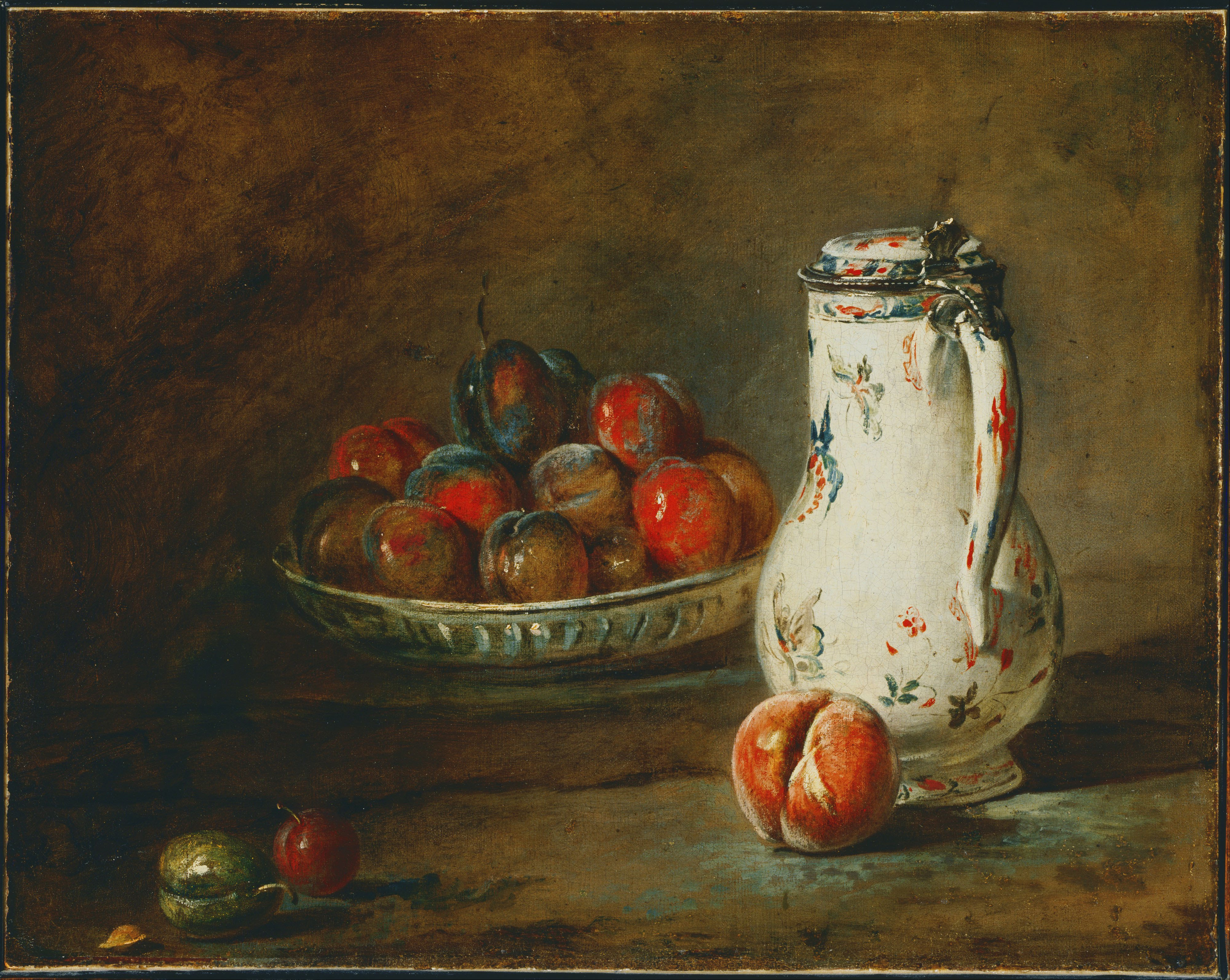 Chardin began still life paintings about 1725. Like the genre scenes, they portrayed kitchen utensils and food in simple, rustic, middle-class settings. Bowl of Plums is from this period and shows his characteristic paint application. He rendered, with optical veracity, beads of moisture on the surfaces of fruit and vegetables. It is believed he arranged the objects and painted them directly from observation, much as do modern artists.
By 1728, Chardin was accepted into the Royal Academy as a painter of animal and fruit subjects, the lowest category for the official art world. Despite the low regard held for his subjects, he enjoyed respect from all levels of French society and even received commissions from the European aristocracy.