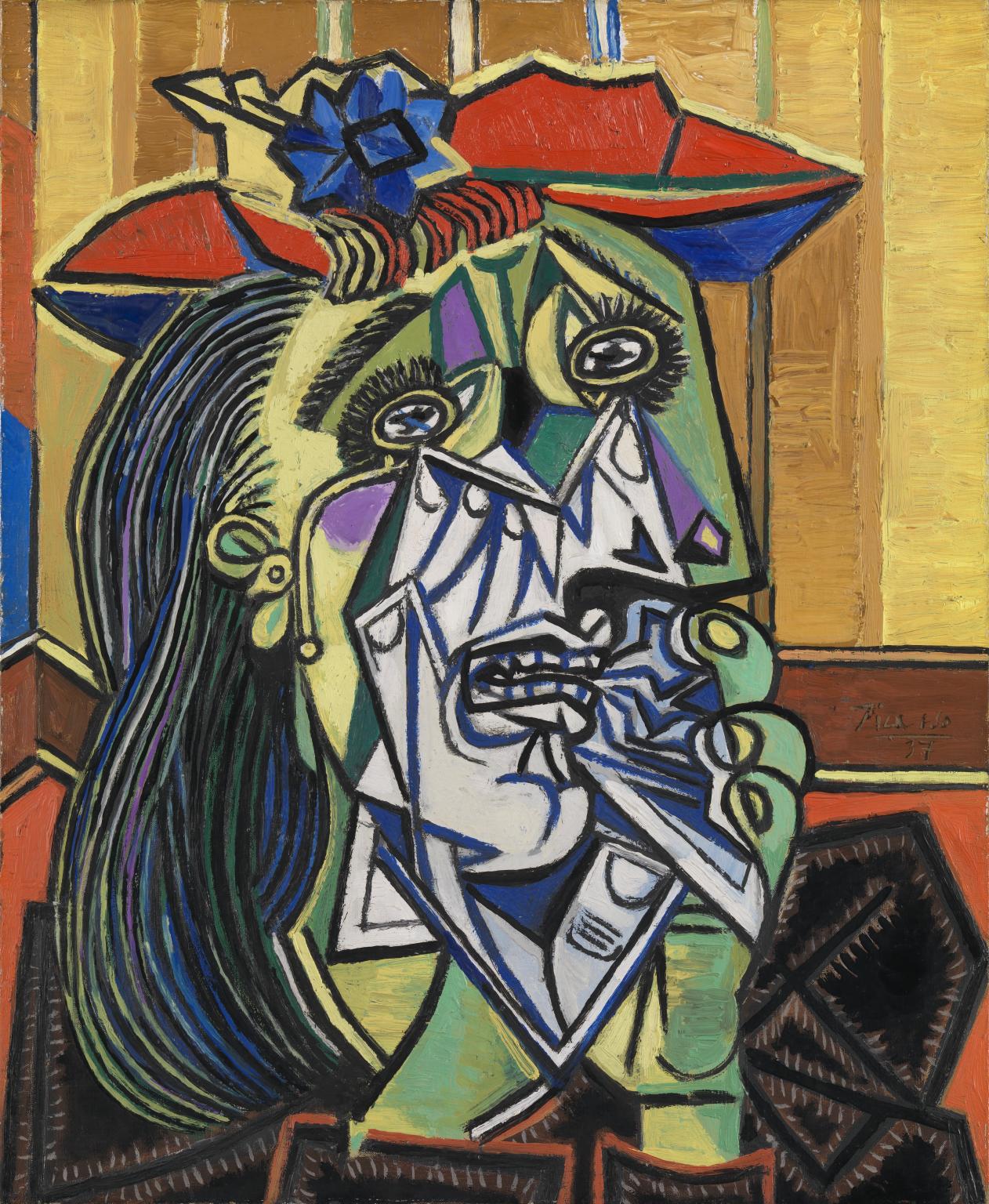 Picasso made a series of paintings on the theme of The Weeping Woman and this is the final one.
He had already painted Guernica in the same year which depicted the tragedies of the Spanish Civil War. For the Weeping Woman series, he was focusing on the image of a woman crying, no longer painting the effects of the Spanish Civil War directly, but rather referring to a singular universal image of suffering, especially by women.

In May 1937 Picasso’s mother wrote to him from Barcelona that smoke from the burning city during the fighting made her eyes water. She was not the model for this painting, however. That was Dora Mar who was his mistress from 1936 until 1944. During those years he painted (interpretations of) her a number of times. As he explained:

“For me she’s the weeping woman. For years I’ve painted her in tortured forms, not through sadism, and not with pleasure, either; just obeying a vision that forced itself on me. It was the deep reality, not the superficial one. (…) Dora, for me, was always a weeping woman….And it’s important, because women are suffering machines.”