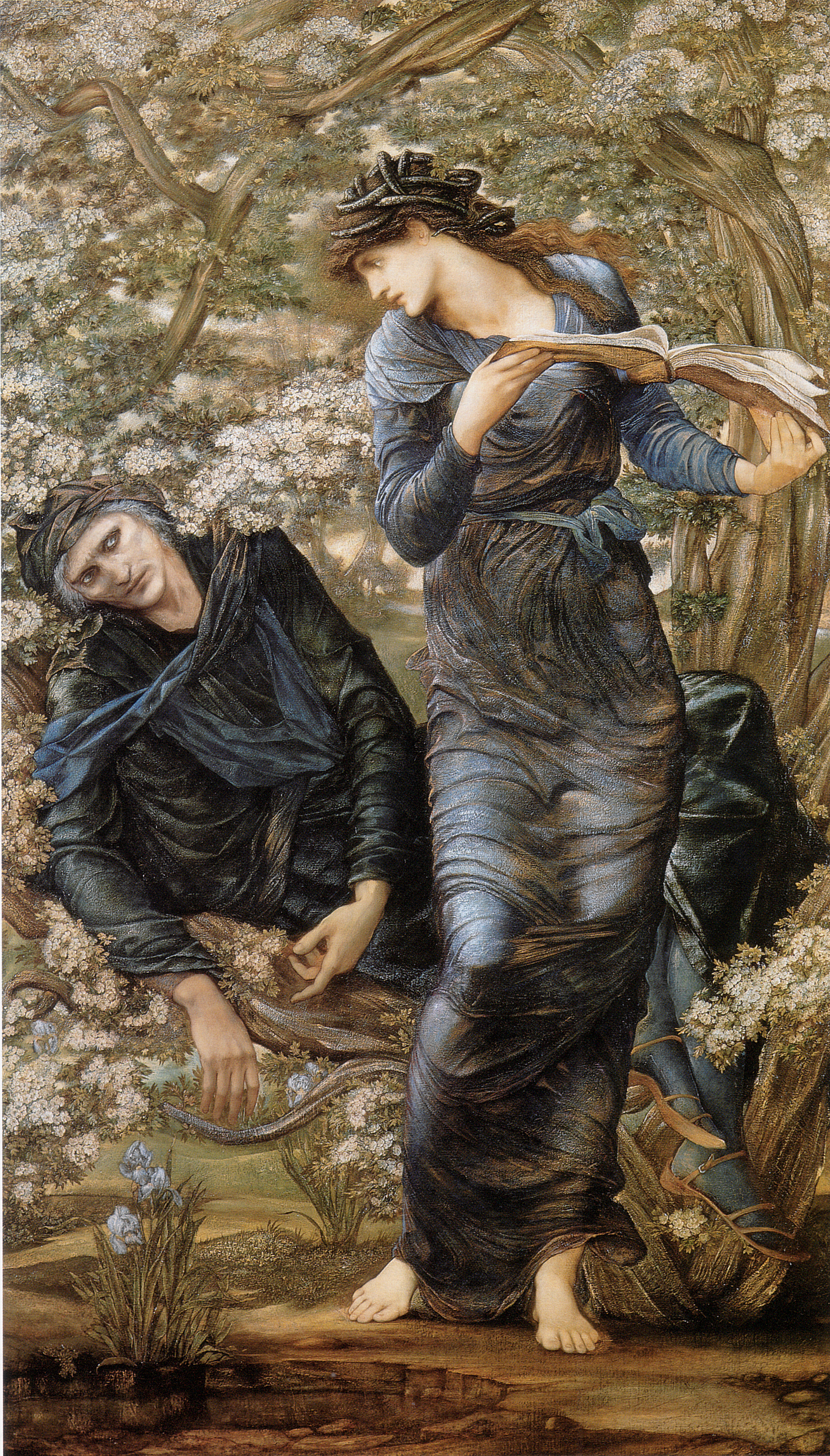 Not mythology but the Arthurian legend inspired Burne-Jones for this painting. The sorcerer Merlin was so in love with The Lady of the Lake, Nimue that he taught her all his spells to become her lover. Instead of doing so she uses the spells to trap Merlin in a hawthorne tree forever. Merlin’s being unable to assist King Arthur starts a series of events which lead to the downfall of Camelot.

In a sense, the painting was a reflection on Burne-Jones’s own life. He himself was enchanted by Mary Zambaco and had an affair with her. He tried to leave his wife for her, almost committed suicide and ended up breaking up with her. His disillusionment is not only clear from his words; “A woman at her best, self-denying and devoted, is pathetic and lovely beyond words; but once she gets the upper hand and flaunts, she’s the devil.” but also in his paintings where she appeared more than once.