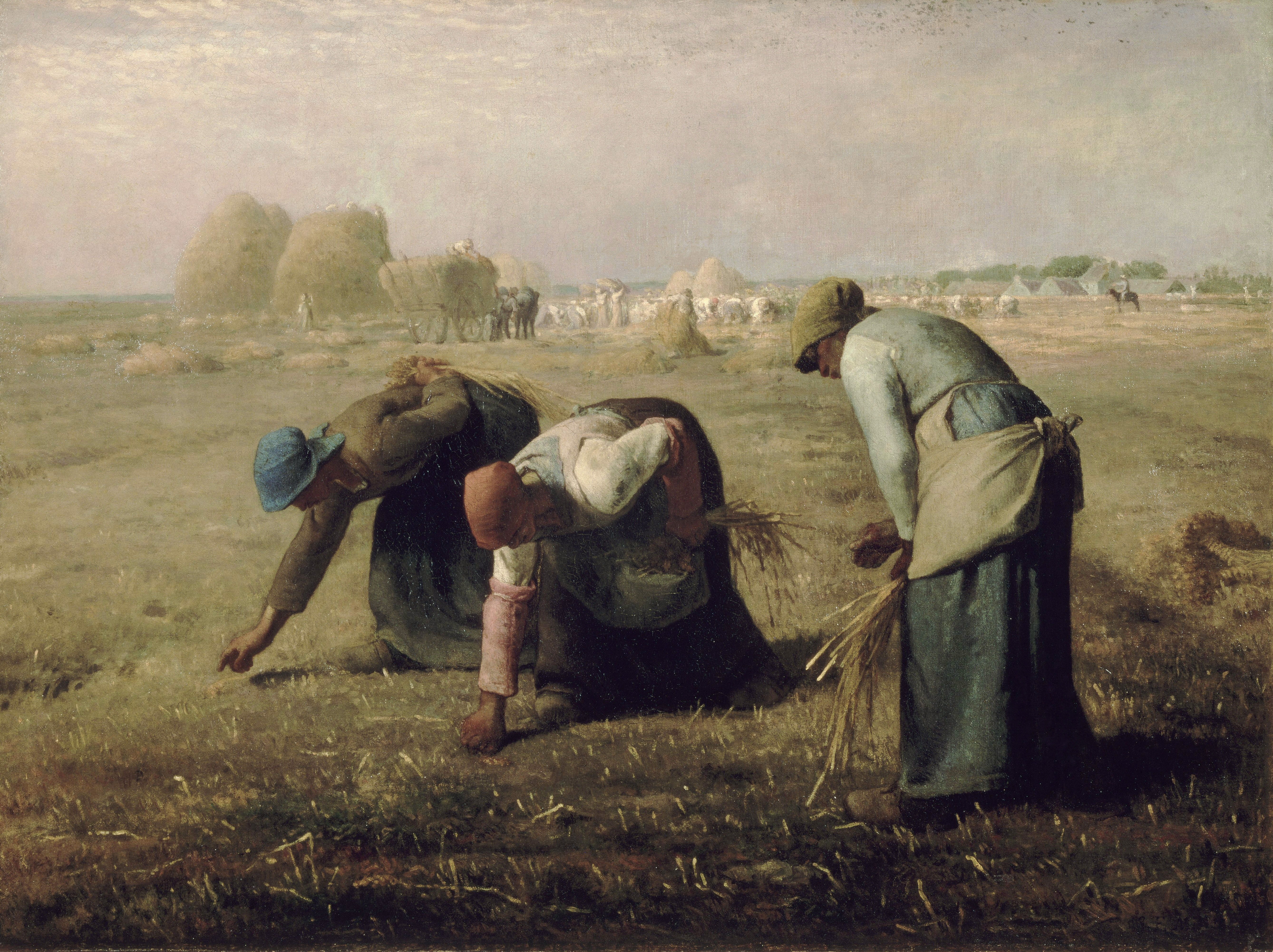 Millet was one of the French Realists who wanted to depict their subjects truthfully without any artificiality. This scene is a prime example of this intention.
It shows three women gleaning a field; they collect the leftovers of the harvest from a field of wheat. In many European countries, it was a right reserved for the poor and enforceable by law. It was backbreaking work often done from sunrise to sunset but for some people the only way to get enough food. Each woman shows one of the stages in gleaning; the first one (on the left) searches for usable oars, the middle one picks them up, and the woman on the right binds them in a sheath.

When it was first shown at the Paris Salon it received negative criticism from the French middle and upper class because it ‘glorified lower-class workers‘ or as one critic put it:

“This three gleaners have gigantic pretensions, they pose as the Three Fates of Poverty…their ugliness and their grossness unrelieved.”